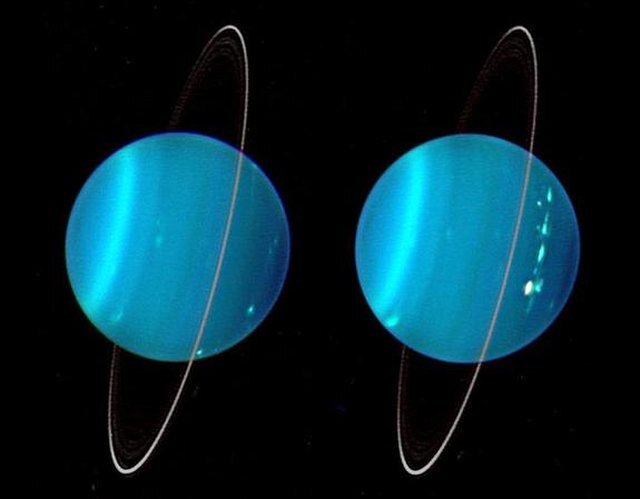 Humanity’s challenge to explore Uranus, located at the edge of the solar system, is becoming visible. Recently, the US National Academy of Sciences (NAS) designated Uranus exploration as a top priority through the ‘Planetary Science Decadal Survey’ report, which presents the scientific goals and missions of planetary exploration, and gave it to NASA. recommended This is an opportunity for Uranus, an unknown planet for mankind, to become a full-fledged exploration target.

Uranus orbits the Sun at a distance that is 19 times the distance from the Sun to the Earth, and there is not enough data to reveal the exact composition of the atmosphere. Humanity first saw the ‘face’ of Uranus in person on January 24, 1986, when Voyager 2, the ‘scoutman of mankind’ passed by Uranus. During a close flight of only 5 and a half hours, Voyager 2 sent the image of Uranus shining blue from a distance of 81,500 km.

Uranus, which takes 84 years to orbit the Sun, is a ‘cool’ planet with an extreme environment of −224.2°C (based on the upper gas because it is a gas planet without a hard surface) because there is no heat inside the planet. Uranus is not as grand and beautiful as Saturn, but it has 13 mysterious rings and 27 moons. In particular, Uranus has an inclination of 98 degrees with respect to the orbital plane of the solar system, so it has the characteristic of orbiting the sun in a ‘cheeky’ lying position.

The report released this time identified Uranus as ‘one of the most interesting objects in the solar system’ and selected it as a top priority for exploration between 2023 and 2032. The report also presents Uranus’ very low internal energy, vigorous atmospheric dynamics and complex magnetic field as major challenges to be addressed. With this, NAS hopes to uncover the origins of Uranus, why it orbits the Sun in an almost recumbent position, and the secrets of its many rings and moons. In addition, the report also recommends a visit to Saturn’s moon Enceladus as a major exploration task to find traces of life.

“We understand how big planets like Jupiter and Earth-like planets formed, but we don’t know much about medium-sized planets (like Uranus),” said Lee Fletcher, a professor at the University of Leicester, UK, who helped write the report. “The mission to Uranus will answer that secret,” he said.

Meanwhile, NAS is publishing a 10-year plan report that summarizes future exploration goals by gathering a group of space experts every 10 years. In a report released in 2011, it suggested that Mars sample collection and the Jupiter moon Europa were explored. In fact, NASA accepted this recommendation and sent the Mars rover ‘Perseverance’, and in 2024, it is ‘to explore Jupiter and Europa’. Europa Clipper is about to launch.