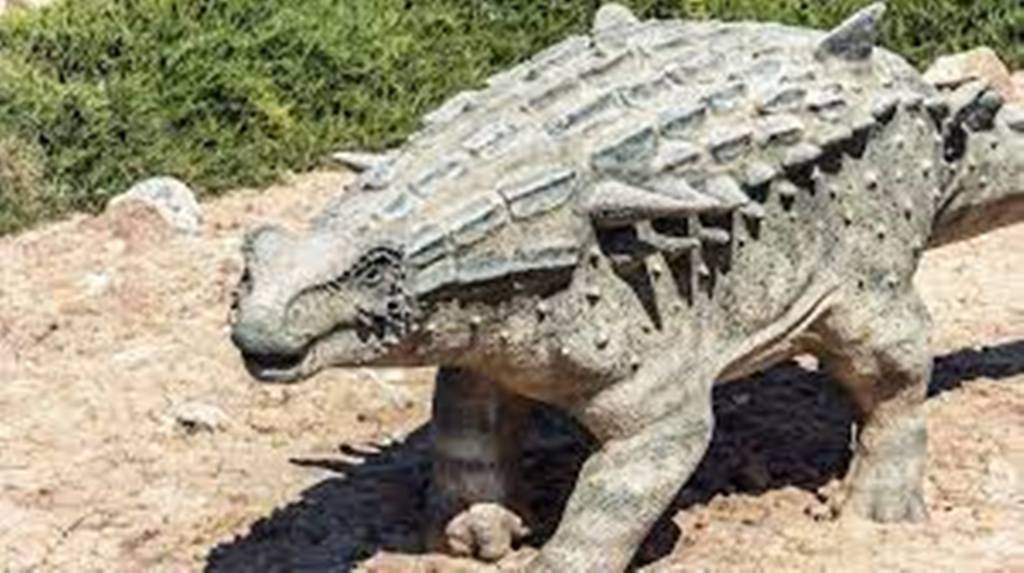 Ankylosaurs or literally “rigid lizards” could reach up to 7 meters in length and weigh 4 tonnes. Their tail, rounded at the end, resembled a club, and their back covered with scales formed a thick armor.

If we know them today, it is mainly thanks to American and Canadian fossils dating from 74 and 67 million years ago. The fossil discovered in the Middle Atlas mountains in Morocco is therefore much older, around 168 million years old, which suggests that this animal was present all over the planet.

A unique morphology
But this is not its only specificity, because the strange morphology of the fossil amazes scientists. It presents defensive points welded to the ribs of the skeleton and not embedded in the skin of the back of the animal. Which is, according to this study, unprecedented in extinct and extant vertebrates.

This specimen was acquired by the Natural History Museum in London from a private collector. Teams from the British Museum and Sidi Mohamed Ben Abdellah University in Morocco are continuing research on this ankylosaurus.