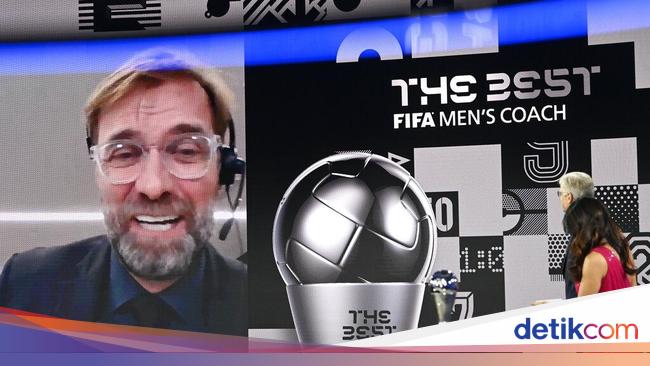 FIFA release the title-winning nominees FIFA Men’s Coach of the Year 2021. Seven names are competing for the title.

Jürgen Klopp who won the title for two consecutive years were not included in this year’s nomination list. Klopp did not live well in 2021 after failing to bring Liverpool to the title.

Meanwhile, the seven coaches who entered the nomination list were able to win trophies with their respective teams. Conte can bring Inter Milan to victory Scudetto Serie A 2020/2021 before now managing Tottenham Hotspur.

Flick continued Bayern Munich’s dominance in the Bundesliga by winning the 2020/2021 season. He then now coaches the German national team.

The year 2021 went quite well for Pep Guardiola by bringing Manchester City to the Premier League title and the English League Cup. Meanwhile, Roberto Mancini and Lionel Scaloni brought their national team to victory. Italy led by Mancini to win Euro 2020, while Scaloni led Argentina to the 2021 Copa America trophy.

For Simeone, he was able to bring Atletico Madrid to the LaLiga title, ending the dominance of Real Madrid and Barcelona in the last six years. Tuchel became Chelsea’s savior by presenting the 2020/2021 Champions League trophy and the 2021 European Super Cup.

The seven names will be narrowed down to three finalists through a voting process in early January. The winner will be announced on January 17th.