4 confused deals in Al-Ahly before the summer transfers

Although the summer transfers did not open and the matter was postponed after the decision to resume the General League Championship this season, Al-Ahly’s administration is trying hard to end the file of deals satisfactorily, which started with the deal of Taher Muhammad Tahir, which Al-Ahly managed to include from the Arab contractors for 5 years. Beginning in the coming season, which is a deal that some believe will be a great addition to the team, because Taher is one of the most prominent emerging talents in Egyptian football and has physical and technical capabilities that differ from all the sons of his generation, but there is more than one confused deal that Al-Ahly wishes to finish during the coming period, most notably:

Al-Ahly wants to support the right-back center in light of the end of the contract for Ahmed Fathi, the team’s defense star, at the end of the current season, and his signing of the Pyramids Club starting from the next season for a period of 3 seasons, due to the proximity of Mohamed Hani, who will be alone in this center in the new season, but the dispute over the financial return postpones Formal completion of the transaction. 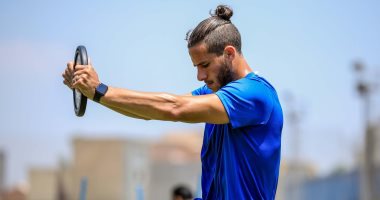 Al-Ahly officials are intensifying their attempts to finalize the Ramadan Sobhi star attack, the team’s attack once and for all, after the end of its loan and return to the original club Huddersfield by the end of the current season, and despite the fact that the past period had witnessed many strong and Ramadan offers received by Ramadan Sobhi from Portuguese, Turkish and French clubs, Al-Ahly made sure that These offers are not official and Huddersfield did not arrive in England, which increases the chances of Ramadan Sobhi staying in Al-Ahly, especially as Al-Ahly has become the only club that made an official offer to buy the player from his English club..

The club’s request to obtain £ 7 million raised everyone’s surprise in Al-Ahly, especially since the Red Castle administration believes that the prices of players will decline due to the “pandemic” of Corona, which caused the freezing of sports activity in the whole world throughout the past months, so the administration believes that the demands of the English club are exaggerated In it, and not commensurate with the current prices in the transfer market, which was definitely affected by the Corona pandemic, and Al-Ahly assured the English club that the amount of 7 million pounds is very large, before Al-Ahly raises its offer from 2.5 to 3.5 million pounds to complete the deal. 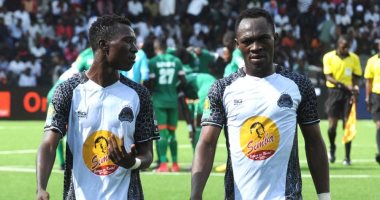 Officials of the Congolese club Al-Ahly invited Jackson Molica, the Mazembe striker, to obtain an annual salary of 800,000 dollars, to persuade the player to join the Red team starting from next season, and regardless of the European offers that he recently reached, specifically from the French and Belgian League..

The Al-Ahly administration allocated $ 2 million to contract with Molika, who is at the top of the wanted ones to support the red attack in the new season, especially after the player won the admiration of Swiss coach Rene Weiler, who gave the red management the green light to include him, but the Mazembe administration reserves reservations The player is for Al-Ahly until this moment, as the Red Genie is the main competitor of Mazembe for the African championships. 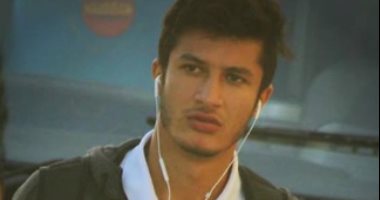 The shares of Osama Jalal, the heart of the defense of Enppi, moved to Al-Ahly during the next summer Mercato, after negotiations stalled to restore Ahmed Hegazy, the West Bromwich defender, who asked to postpone the move to return to Egypt during this period, and the Al-Ahly administration finds it difficult to include Baher Al-Muhammadi, an Ismaili defender, because of the refusal The management of the Dervishes neglected his services, except when he left for an external club, while the Swiss, René Weiler, requested the management of his club by hiring a defender, specifically in the Al-Musk Center during the next Mercato..

Osama Jalal signed preliminary contracts to move to Al-Ahly, especially it is his first wish, preferring the red offer to all the offers he received, whether from inside or outside Egypt, and Al-Ahly officials are waiting for what will result from the Corona crisis to enter into formal negotiations with Enppi and knowing their material requests to dispense with Osama Jalal, especially The management of the petroleum team confirmed on more than one occasion that they did not object to the sale of Osama Jalal if the club received a good offer on the financial level..

Share
Facebook
Twitter
Pinterest
WhatsApp
Previous articleWorse than Trump? Billionaire bipolar rapper Kanye West, who compares himself to Jesus, launches campaign for US presidential election, in tears
Next articleThe Chilean Health Minister compared the figures of his country with those of Argentina

Coronavirus: the breaking news you need to know to be informed

We have something to offer you With our digital subscription you enjoy more than 300...
Read more

What used to be an accessible destination to go to play for the Copa Libertadores is now as complicated...
Read more

It seems that Marvel and Disney have finally found the actress who will play Jennifer Walters. The Emmy...
Read more

The former president in «The Night is Just Begins» He demanded consensus among all political forces at this moment...
Read more

What used to be an accessible destination to go...
Read more
Sport

The Chilean side of Flamengo, Mauritius Island, revealed that...
Read more
Sport

Celtics release their locker under the impulse of Brown and Tatum

A fight on time is always good. And...
Read more

George Soros becomes one of the largest shareholders of US fantasy sports and betting giant: DraftKings

The Pope announced the celebrations for the saint's 100th birthday John Paul II on...
Read more

Covid-19: 21 clusters in Haute-Garonne including 7 EHPAD and 20 under surveillance

THE swing, updated on Wednesday, it was based on data collected by the...
Read more
Archynewsyarchynewsy.com