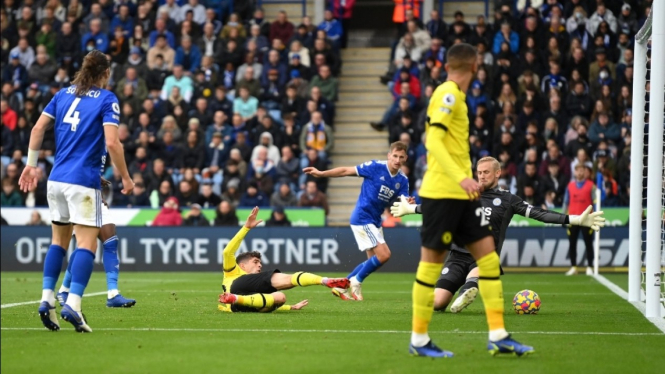 After kick off, Chelsea immediately played with a fast tempo. Meanwhile, Leicester tried to compensate by applying an aggressive appearance.

Chelsea’s efforts to create a quick goal finally materialized when the game entered the 14th minute. Antonio Ruediger’s header managed to go smoothly into the Leicester goal after utilizing a corner kick that was sent by Ben Chilwell.

Leicester tried to respond to the goal. However, the goal scored by Ademola Lookman in the 24th minute had to be disallowed by the referee because Jamie Vardy was already in an offside position before he sent the ball.

Instead of equalizing, the Leicester goal conceded in the 28th minute. It was N’Golo Kante who successfully scored against his former club with his left foot after maximizing a beautiful pass from Reece James.

In the remaining time, Chelsea still controlled the game. Meanwhile, Leicester continued to look for goals to reduce the position.

However, until the referee blew the long whistle at halftime, no more goals were created. Chelsea managed to secure a 2-0 lead over Leicester.

See also  "They beat us and killed my friend in front of me." Thus Europe rejects minor migrants