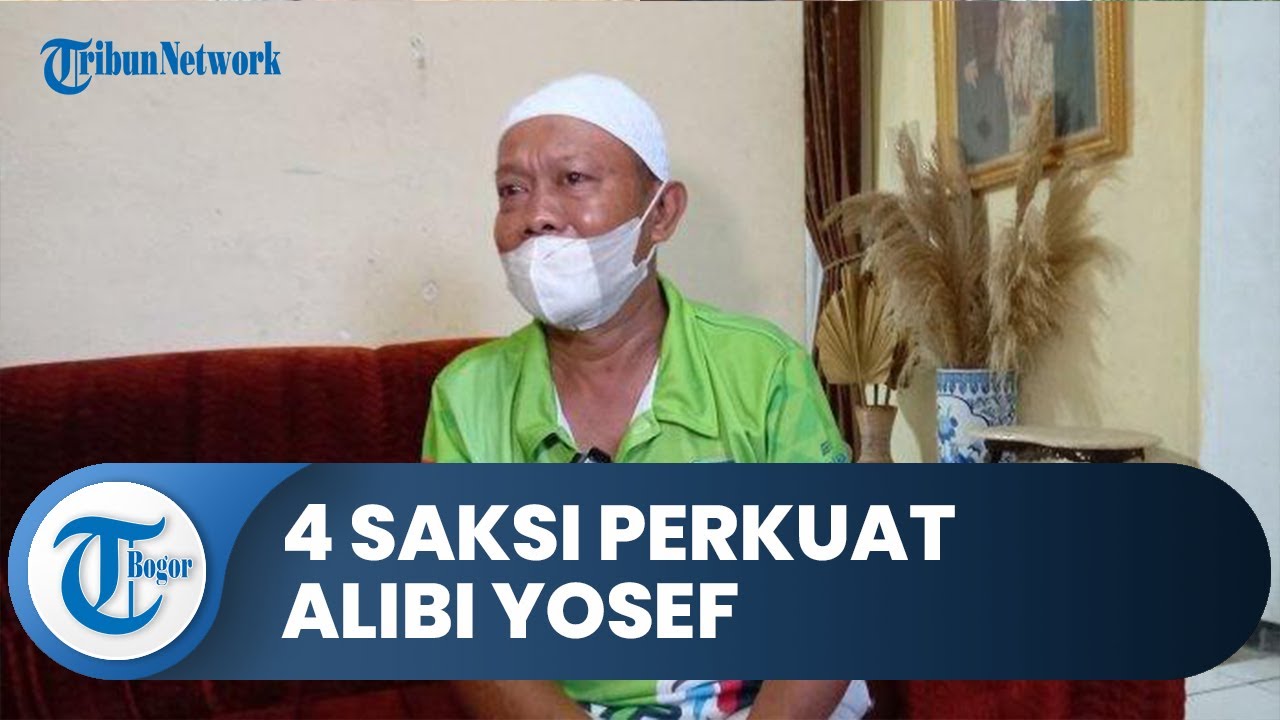 TRIBUN-VIDEO.COM – Examined by the police for the fourteenth time, Yosef unravel the new confession.

Yosef reveals that there was a guest who came before the murder of Tuti and Amalia Mustika Ratu.

The guest came before Yosef went to the house of the young wife, Mimin.

The guest figure had time to talk with Tuti and Amalia Mustika Ratu.

After that the guest also talked with Yosef in the House.

Yosef was asked 20 questions by investigators.

According to Rohman, the alibi Yosef again corroborated by four witnesses.

“It’s clearer today that my client’s alibi is getting clearer in the morning, not only the pancake maker who saw Mr. Yosef’s whereabouts, but three other people who saw Mr. Yosef line up to buy pancakes,” said Rohman Hidayat.

In fact, according to Rohman, there was one witness who saw Yosef left the house in Jalancagak while going to his young wife’s house on Tuesday (17/8/2021) night.

“Even when he left the house to go to his young wife, there was one more witness who witnessed it,” he said.

See also  Listen! A series of PPKM Level 3 Nataru rules, the newest one is required to bring SKM

“Tuti’s mother and Amel were outside the house, if I’m not mistaken, they saw the full moon, it was 8 o’clock,” said Rohman Hidayat, quoted by Antara. TribunnewsBogor.com from Youtube Compass TV.

At that time Yosef claimed not to join Tuti and Amalia Mustika Ratu.

“Then Yosef is in the house,” said Rohman.

“Hearing someone asking questions, chatting outside, it turned out to be Deden’s witness,” said Rohman Hidayat.

It was Deden who visited before the murder of Tuti and Amalia Mustika Ratu.

Deden then went in and talked to Yosef.

“Witness Deden came in to chat with Mr Yosef for a while, while Tuti and Amel are still outside,” said Rohman.

Not long after, Yosef called by Mimin, his young wife.

At the same time, Deden then went home.

Yosef then said goodbye to Tuti and Amel to go to Mimin’s house in Ciseuti, Subang, West Java.

“Then Yosef even said goodbye to them and went to Mimin’s mother’s house,” said Rohman.

To Yosef, Tuti told him to close the portal in front of the house.

“Tuti’s mother said that the portal should be closed again, so that night it was clear, sir Yosef closed the front portal,” said Rohman Hidayat.

when leaving, Yosef believe the position of the Alphard car is still facing north as it should.

“The position of the car is as it should be, Alphard to the north, next to it is a BMW, behind the BMW beside Amel’s Yaris,” said Rohman Hidayat.

Rohman Hidayat did not explain in detail who the guests who came that night were.

According to Rohman, Deden is also a witness in the murder case of Tuti and Amalia Mustika Ratu.

According to Rohman, Deden is not Tuti’s brother.

He did not explain the relationship nor the purpose of Deden coming to Tuti’s house that night.(TribunnewsBogor / Sanjaya Ardhi)

Read more news related to the Murders in Subang

This article has been published on TribunnewsBogor.com with judul Revealed the figure of a guest who came before the murder of Tuti and Amalia, Yosef Open Voice: Had a Chat