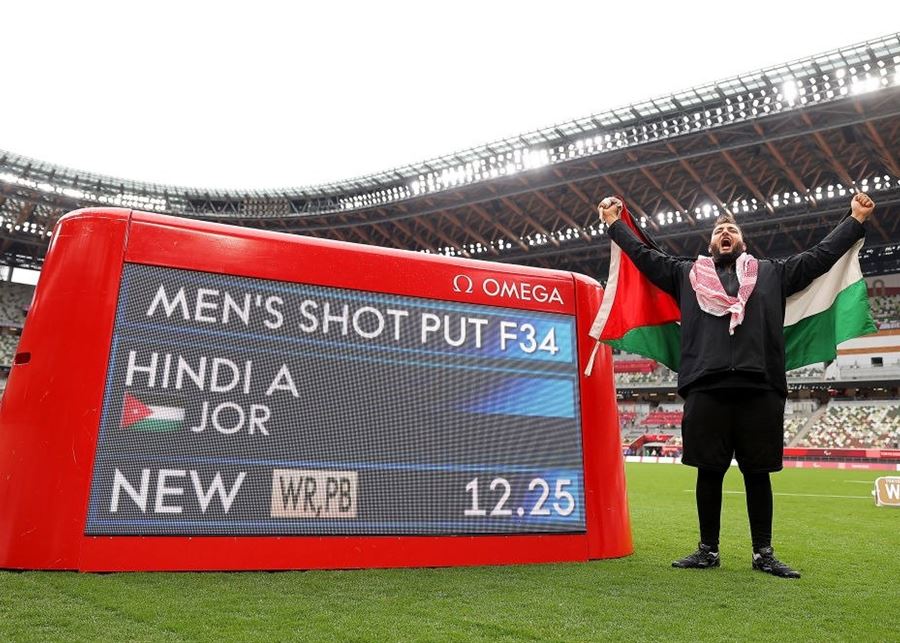 Tunisian Paralympic runner Walid Katila managed at dawn on Saturday to win a new gold medal for his country in the Tokyo 2020 Paralympics, currently being held in Japan, while Jordanian Ahmed Hindi won gold, Nourhin Belhaj Salem won silver, as well as Emirati Mohammed Hammadi won silver, raising the Arabs’ tally to 47 medals in That session so far.

After intense competition and strong performance, Katila won the gold in the 800m chairs race for the T34 class, by finishing the distance in a time of 1 minute 45 seconds and 50 percent.

This is Walid Katila’s second gold at the Tokyo 2020 Paralympics, where he won the first in the 100-meter race and set a new Paralympic record.

Meanwhile, Jordanian Ahmed Hindi managed to win gold in pushing the ball, setting a new record, raising Jordan’s medals in the current session to 5 medals, 4 gold and one bronze.

In the same race in which the Tunisian won the gold block, the Emirati runner Mohammed Al Hammadi managed to win the silver medal, raising the UAE’s tally to 3 medals.

The UAE mission had won a gold in the Friday competitions by Abdullah Al-Ariani in shooting, after the bronze won by the Emirati Mohammed Al-Qayed in the 100-meter race on a wheelchair track.

The current Paralympic Games began on August 25 under difficult circumstances the world is facing due to the repercussions of the Corona virus and will end on September 5, and every day witnessing a new Arab brilliance, and the Arabs had won 7 medals at once in last Thursday’s competitions.