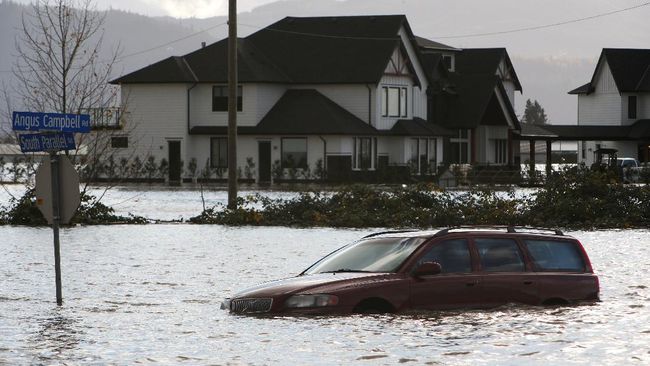 Some say the flooding is triggered by climate change, which is getting more and more dire. Here are a number of developed countries that have been hit by floods recently.

Massive flooding has hit the British Columbia, Canada, area since earlier this week.

Not only floods, heavy rains that flushed the British Columbia area also caused landslides and killed one person.

The victim died in a landslide that swept away his car as it was driving down the freeway near Pemberton.

The British Columbia government has finally declared a state of emergency.

Not only that, the Prime Minister of Canada, Justin Trudeau, also mobilized hundreds of members of the military to evacuate residents in British Columbia who were affected by floods and landslides.

He said he would do everything in his power to deal with the flood.

Floods and landslides also paralyzed rail access to Vancouver, a city that is one of Canada’s main ports.

Singapore was also hit by flash floods last week as a result of heavy rains that blocked drainage channels from grass clippings.

The National Water Agency of Singapore (PUB) admitted to receiving reports of flooding from local residents that occurred along 50 meters of King’s Road in the Bukit Timah area. According to him, this location is a flood-prone area.

The PUB then immediately inspected the site and found that the waterway along the area was clogged with grass clippings.

A video circulating on social media shows flash floods causing King’s Road to sink until they can submerge cars.

In the video, trash cans and debris can also be seen floating.