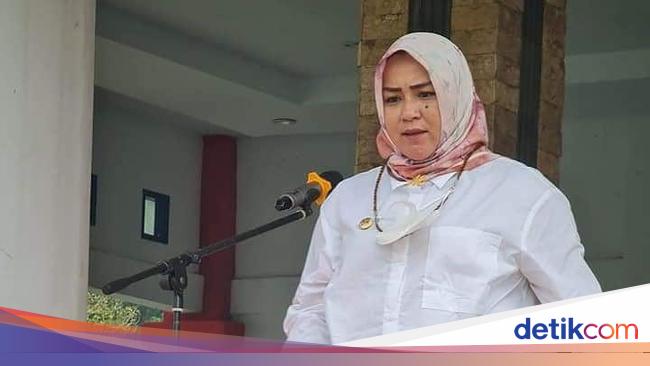 KPK ensnared East Kolaka Regent (Koltim) Andi Merya Nur as a suspect in accepting bribes related to infrastructure projects in his area. Andi Merya is suspected of receiving a bribe of Rp 250 million.

For more details, here are 5 facts related to this:

Starting from the hand arrest operation (OTT) launched by the KPK in East Kalimantan on Tuesday, September 21, 2021. At that time a total of 6 people were arrested, including Andi Merya.

Meanwhile, the other 5 people are Head of BPBD Koltim Anzarullah, husband of Andi Merya on behalf of Mujeri Dachri; and 3 aide to the regent named Andi Yustika, Novriandi, and Muawiyah. However, of the total, the KPK only ensnared 2 people as suspects, namely Andi Merya and Anzarullah.

They were brought by the KPK from Southeast Sulawesi (Sultra) to Jakarta. The KPK then conducted an intensive examination before finally determining who the suspect was.

Andi Merya was arrested with a new status of officially serving for about 3 months as Regent of East Kolaka. Launching the official website of the North Sulawesi Provincial Government, Andi Merya was officially inaugurated as East Kolaka Regent on June 14, 2021.

Andi Merya was inaugurated as Regent of East Kolaka after the previous regent, Samsul Bahri Majid, died of a heart attack in March 2021. In fact, at that time Samsul had only been the Regent for about 21 days along with Andi Merya, who was deputy regent.

Reporting from the KPK LHKPN website, the East Kolaka Regent last recorded his assets reaching Rp 478,078,198. This data was reported on September 9, 2020. This LHKPN was reported when he was still a candidate for deputy regent.

Some of the details of the property include land and buildings worth Rp 90 million. Not only that, he is known to have movable assets worth Rp. 374.400.000. Andi has cash and cash equivalents of Rp 13,678,198. Andi is also recorded as having no debt.