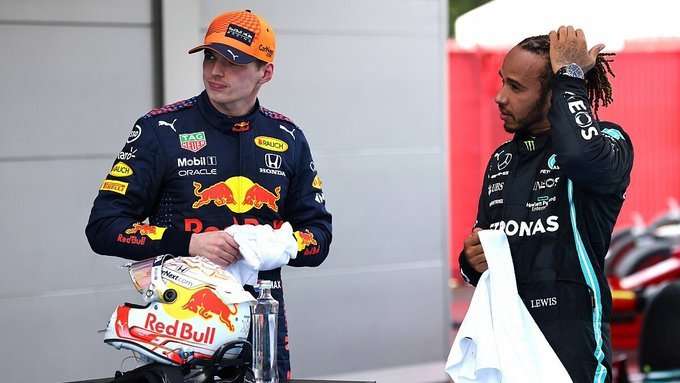 Matters intensified in one of the fiercest battles for the Formula 1 world title in recent years, after Dutchman Max Verstappen won the American Grand Prix, beating his direct competitor, British driver Lewis Hamilton, Mercedes, thanks to the strategy he followed during the American race.

There are only five races left in the season, starting with the Mexican Grand Prix in two weeks, and Mercedes must regain the leadership again if Hamilton is to become the first driver in history to win the world title eight times.

Hamilton played the role assigned to him after he succeeded in overtaking Verstappen, who started from first, during the first corner of the American race, but Red Bull resorted to a cunning trick of entering the pit early, which paid off in the end.

Verstappen clung to victory after Mercedes delayed entering the pits for the second time, before the German team changed Hamilton’s tires, which helped him continue to pursue his Dutch rival.

But it was the Red Bull adventure that succeeded in the end, which cast a shadow over Mercedes boss Toto Wolff.

“It was really a thrilling strategy racing game and a great fight,” said Wolff.

“We thought we were close to winning with Lewis, he put in an amazing performance in the last laps, but in the end it wasn’t enough. In the first period, the car was not fast enough with the medium (tyres).”

And Hamilton believes that the conflict still exists and that there are many points left until the end of the season, in light of his determination to prevent Verstappen from winning his first title in the world championship.

“The start was really great and we narrowed the gap towards the end, but I was in the polluted air and the tires got very hot in the last laps,” Hamilton said.

He added, “Thank you to the team for the amazing stopping strategy at the pitstop, and for the hard work that has been put in in the past days. We didn’t achieve what we wanted this time, but we will try next time.”

The Mexican race will be an exceptional event for Mexican Sergio Perez, Red Bull’s driver, after he finished third during the American race in Austin, and is looking forward to an even greater achievement in his country.

And the atmosphere that will accompany Perez during the Mexican race may contribute to lifting the pressure on Verstappen as he seeks to take advantage of the 12-point difference that separates him from Hamilton at the top of the drivers’ category.