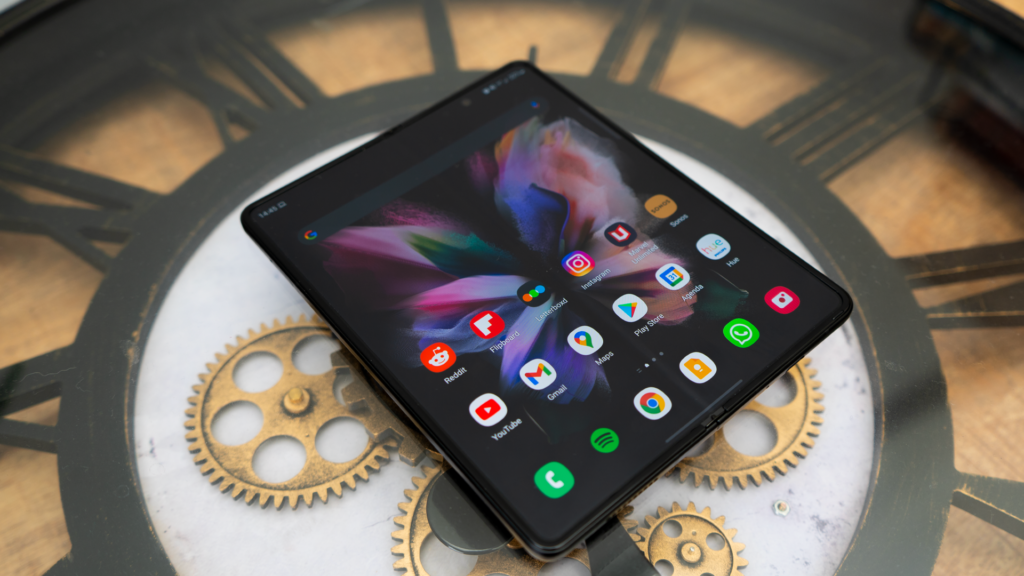 Believe it or not: the Samsung Galaxy Z Fold 3 is back the fourth foldable smartphone from Samsung. Over the past four years, the concept has developed into a full-fledged product for the future. It is clear that the smartphone is popular, but what is so good about it?

Of course there are things that could be better, but there are mainly a lot of things that the Galaxy Z Fold 3 does well. That is why Mark lists 5 features in this article that he absolutely loves after using the device for a week.

This article is part of a triptych that together form the review of the Galaxy Z Fold 3. Curious which 5 things the smartphone does not do well, then click here. Do you want to know our final verdict on the smartphone, check this article.

With the Samsung Galaxy Z Fold 3, Samsung is taking an incredibly big step towards the future for the third year in a row. The fact that this Fold 3 is not yet ready to persuade a large part of consumers to the foldable market, is a device that shows how beautiful that future can be.

The Z Fold 3 owes this to the following features:

The screens of the Samsung Galaxy Z Fold 3 are a significant improvement over the previous model. Something mainly to do with the fact that both the front screen and the inside screen have a refresh rate of 120Hz. That is twice as fast as with the previous model, which also immediately ensures that this device also feels premium during use.

In addition, the screen is about 29% brighter than before, so you can also enjoy your favorite content outdoors. Something to which the in-screen selfie camera, as disappointing as it is, of course contributes. The big notch is out of your field of view and the current solution disappears very tightly into the background. Ideal!

The Samsung Galaxy Z Fold 3 is sold as “the sturdiest foldable smartphone to date” and you notice that. The device is more compact on all fronts than its predecessor and even weighs 11 grams less. That does not alter the fact that this remains a large unit of a smartphone, but it is an improvement.

The device has a new type of aluminum that is more resistant to damage, the hinges have a tighter finish and it is waterproof. I will explain the latter later in this article.

All in all, the Galaxy Z Fold 3 is a strong improvement in terms of design. The phone simply gives more confidence and, for example, closes much more pleasantly. It’s really a big step forward.

#3 Flex Mode better than ever before

This also applies to the new Flex Mode. One of my favorite features of the previous model has been greatly improved with the Samsung Galaxy Z Fold 3. Thanks to this feature, it is possible to use your foldable smartphone as a laptop, as it were. Flex Mode makes multitasking on two screens a lot easier.

For example, during my testing period, I followed meetings several times on one half of my screen and took notes on the other. An extremely pleasant experience that gives this Samsung Galaxy Z Fold 3 a unique position in the market.

I just mentioned it, but the Galaxy Z Fold 3 is water resistant. In 2021, that is anything but special for a regular smartphone, but it is groundbreaking for a foldable model. Thanks to the IPX8 rating, the Galaxy Z Fold 3 can be placed in a container of water with confidence, without damage.

Although you should keep in mind that this phone is not completely locked. After all, it is a smartphone that folds, creating spaces where dirt and sand can easily find their way inside. The essential parts of the phone are sealed to protect against water, but a day at the beach can still hurt your Samsung Galaxy Z Fold 3.

#5 The software is downright impressive

Since the first Fold, the accompanying software has improved like crazy. It is a difference of day and night, which means that the Samsung Galaxy Z Fold 3 ensures an excellent user experience. Websites feel more like a full browser, news websites show more information, multitasking works than ever and switching from smartphone to tablet is incredibly smooth.

There are certainly still some software issues to be found, but I can’t help but commend Samsung for the steps it has taken.

The Galaxy Z Fold 3 therefore has enough to offer to satisfy the consumer, although there is certainly something wrong with the smartphone. As a result, it remains to be seen whether the telephone can actually be considered a fully-fledged alternative to current devices. In this article I’ll explain to you which things are disappointing.

Samsung Galaxy Z Fold 3: the most impressive smartphone that you will pass up

Are you curious whether you should actually buy the Samsung Galaxy Z Fold 3? Read our article via the link above!