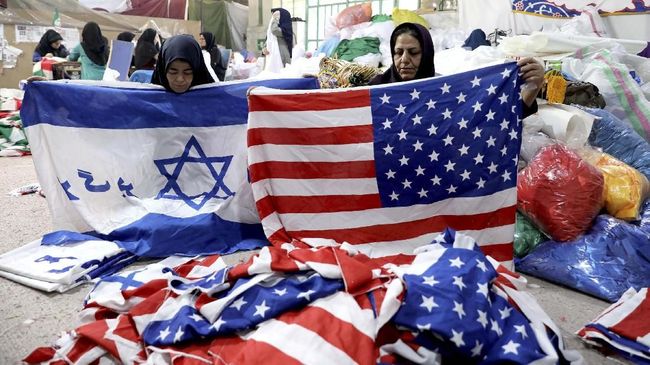 United States of America and Israel started arguing. The tension was caused by a number of issues ranging from conflicts over Iran to the consulate Jerusalem lately.

Closed-ended meetings are a phrase that has popped up a lot in conversations between senior U.S. and Israeli officials lately. That’s where both sides want to resolve the dispute.

So far, the strategy has succeeded in improving the structure of diplomatic relations between the US Democratic Party and the Israeli government, which have been at loggerheads for years.

Yet despite their ideological differences, President Joe Biden and Israeli Prime Minister Naftali Bennett have projected a friendly and united alliance.

“Biden, I think that’s very deep with him, given his historic commitment to Israel, and also not wanting a repeat of the Obama years,” Makovsky said. Jerussalem Post.

Similarly, Bennett and Foreign Minister Yair Lapid do not want to repeat the time when Netanyahu led.

However, a series of problems began to emerge over the last few months, and threatened their diplomatic relations.

Here are the issues that could drive friction between the two countries.

This week, the meeting on the Joint Comprehensive Plan of Action related to the 2015 Nuclear Agreement was resumed in Vienna.

When the US was under Donald Trump’s administration, they withdrew from the Nuclear pact. Washington has also imposed a number of sanctions on Iran.

Shortly after the US left, Iran walked away from the nuclear deal by increasing uranium enrichment.

Biden is seeking to re-enter the deal, while Bennett and Lapid are skeptical. However, he is willing to wait for the US leader to negotiate better terms with Iran.

Israeli officials believe Iran is only weeks away from building a nuclear weapon.

The country is enriching uranium to 60 percent and close to 90 percent, the numbers needed for nuclear weapons.

This week, Axios reported, Israel warned the United States that Iran was on the verge of 90 percent enrichment.

Makovsky said Iran’s actions could trigger a number of considerations from the United States and Israel that could lead to confrontation between allies.

“I think the US-Israel relationship will be tested in terms of how each side responds to this uncertainty,” Makovsky continued.

2. Settlements in the West Bank

Israel announced it would build 3,000 settlements in the West Bank. On October 26, Israel’s Defense Minister, Benny Gantz, made a phone call to US officials.

There is a U.S. State Department official angry with Israel’s actions. Some settlements are located in the “E1” corridor that separates the Maaleh Adumim settlement from Jerusalem. For Palestinians, the region is also important.

An Israeli official said the US had given them a yellow card in the phone call.

In other words, Blinken’s statement is only a warning, not a signal of a new status quo in US-Israeli relations.

Continue reading on the next page…