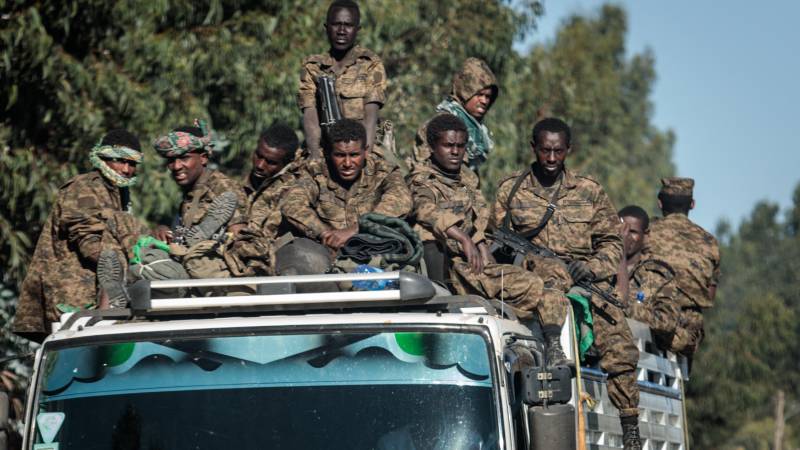 At least 53 people have died in western Ethiopia after an unknown armed group attacked a civilian convoy and accompanying military escort. The attack took place on March 2 in Metekel, in western Ethiopia, but had not yet been disclosed.

The convoy was ambushed and a firefight ensued. In the end, twenty soldiers and three civilians were killed. Thirty of the attackers did not survive the firefight.

The next day, Ethiopian security forces arrived on the scene. They killed an additional 11 people as suspects were arrested and summary executions were carried out. One of them was burned alive at the stake, the government’s human rights commission reported.

The human rights commission launched an investigation after a video of violence was posted on social media on Friday. The video shows gunmen, some in military uniform, pushing a man onto a pyre with a stick after he tried to escape. Militias from two neighboring regions are also said to have been present.

According to the commission, government soldiers stopped a bus and retrieved eight ethnic Tigreans. The group had just been released from prison and had been accused by the security forces of organizing the attack on the convoy.

The Tigreeans are said to have been shot, along with two men from the local Gumuz population. Their bodies were burned. The video is said to show another Tigrese man hiding in his car, being taken out and tied up and burned alive. The government says it will take action against the perpetrators.