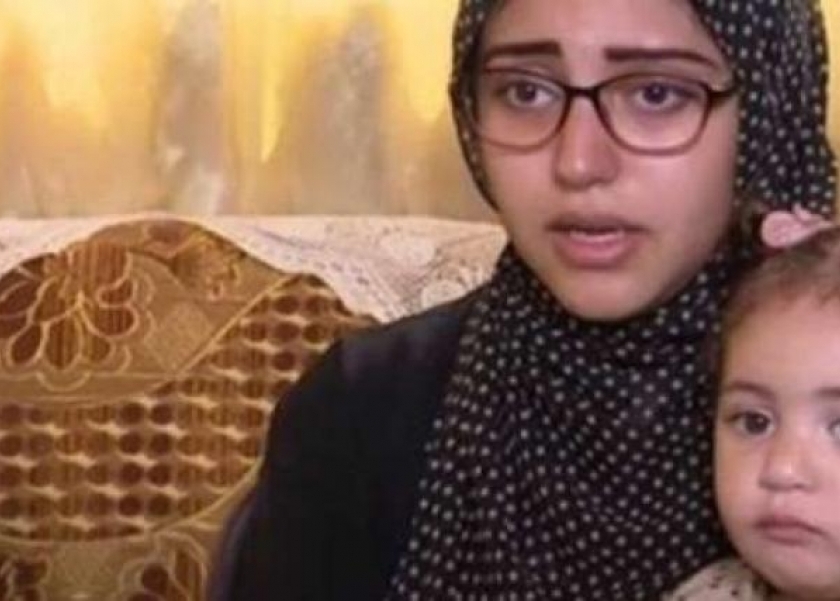 7 months have passed, and Amal Abdel Hamid, nicknamed by the media,“Mansoura Girl” The researcher is looking for the lineage of her daughter from her high school classmate who accused him of raping her in Dakahlia, and she is in a state of severe depression, after the court acquitted the latter, after he said that the relationship between them was consensual.

During that mentioned period, which amounted to 7 months, “Amal” did not get tired of knocking on all doors, searching for the right of her daughter, who was born as a result of what happened, and she approached three years of age without pedigree or birth certificate, although DNA analyzes confirmed that he was her father, and she spent the period The past in completing the procedures for obtaining the appeal accompanied by her lawyer.

Developments in the case of “Amal”, who is searching for the lineage of her daughter

hope for Mansoura girl caseHe was born again, after the girl decided to appeal the verdict, clinging to the results of the analyzes, to meet the appeal with several delays, until the court decided to interrogate again to look into the details of the incident.

The girl confirmed to “Hun” that the court decided to postpone the final ruling for the appeal on November 4, to interrogate the other party: “I have hope for the appeal, and it depends on the results of the DNA analysis, and I only want the lineage of my daughter.” She pointed out that the girl’s father did not try to communicate with her in any way, and she did not receive any threat or attempts to see the child, clinging to the hope that the case would resume to be a ray of light in the darkness of depression that surrounded her in the last period.

She refused to register it in her name

“Amal” had previously confirmed to “Hun” that she had refused to register her daughter until now, by obtaining a birth certificate in her name “mother’s name”, before the court ruling: “She will remain in my name and any random father’s name, as if she is of unknown parentage, and her lineage is known and her father is It exists, and my grocer is 3 years old. I am trying to prove this, and I am not despairing.”

More than a year ago, the website “Hun” reported on the accusation of the 20-year-old student “Amal”, her high school classmate, MK, of raping her in 2018, before her marriage to another person, which resulted in The girl became pregnant and gave birth to a 3-year-old girl, until the Public Prosecutor intervened at that time, after learning of the incident, to demand a speedy investigation with the accused.

Counselor Alaa Al-Saadani, the attorney general of the South Dakahlia Prosecution, issued a decision to arrest and bring the student in the case known in the media as the “raped student” after the result of the DNA fingerprint appeared to complete the investigations, which indeed proved the match.

In February 2021, the Mansoura Criminal Juvenile Court acquitted the defendant of the charges of kidnapping, indecent assault and rape.