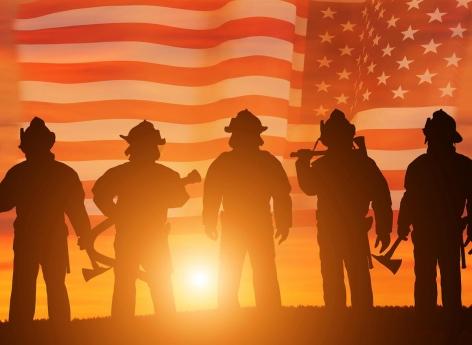 This Saturday, September 11, 2021 is that of the sad twentieth anniversary of the terrorist attack which saw two planes crash into the two towers of the World Trade Center in the heart of New York and cause 2,977 deaths. About 15,200 firefighters intervened that day. a New York City Fire Department report reveals that among them, 11,300, or three quarters, have, twenty years later, developed chronic diseases ranging from respiratory or digestive complications to cancer.

The health of the firefighters was degraded by the intense toxic smoke which was released and entered their bodies. This contained carcinogenic components, such as polychlorinated biphenyls, polycyclic aromatic hydrocarbons, asbestos, sulfuric acid, arsenic and benzene. “And now there’s the age factor as well. There is a synergistic effect between this exposure and the increasing age of firefighters ”, adds epidemiologist Rachel Zeig-Owens, director of the health program created following the attacks and co-author of the report, in a magazine article The Scientist.

More than 3,000 firefighters developed at least one cancer and several hundred suffered from multiple cancers. In total, nearly 250 died from it. Figures that confirm another study, published on September 10, 2021 in the journal Occupational & Environmental Medicine, which reveals that firefighters on duty at the time of the attack and the days after it were 13% more likely to develop cancer, compared to their colleagues who were not involved in the rescue after the disaster. A risk that increases considerably for certain cancers, such as prostate cancer (+ 39%) and thyroid cancer (more than double).

See also  prof. Dr. Sakarya said "The business is out of control" and pointed

Another study, published in the same review, suggests that disparities are also observed between the firefighters who intervened. The first on the spot would thus have developed more prostate cancer. By the time they arrived, the cloud of smoke and dust was at its peak. It would also have caused other health problems in them, including the lungs, heart and liver.

Finally, another research, presented on the occasion of the congress of the European Respiratory Society (ERS) of the European Lung Foundation, argues that those who worked on the site the first two days after the attack have a 30% more risk of suffering from chronic obstructive pulmonary disease than those who arrived at the site after. Results that were also found for the risk of developing cardiovascular disease and liver problems.