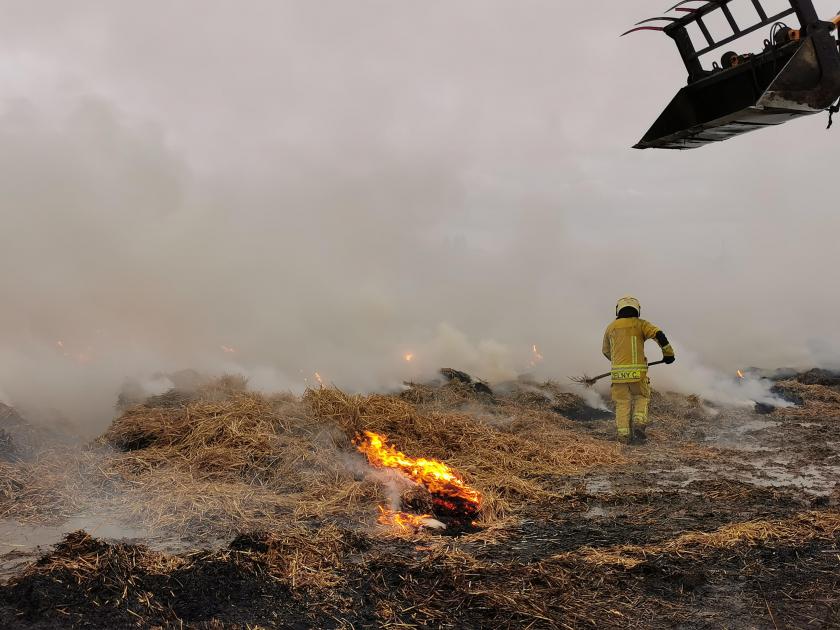 The huge column of white smoke was still visible from afar this Wednesday morning: 250 bales of straw went up in smoke last night in a field of the Red Cross in Dottignies, behind the Futurosport. The investigation will have to determine whether the origin of the fire (reported at 2 a.m.) is accidental or deliberate, but the owner is categorical: the straw could not have caught fire on its own …

Many Dottignians woke up with a funny burning smell in their nostrils this morning. The consequence of a extremely spectacular fire that the firefighters of Mouscron, helped during the night by their colleagues from Tournai and Estaimpuis, controlled in the early morning, without being able to easily circumscribe it. The blaze did not claim a victim.

“Straw burns for a very long time, and fire tends to start again here and there, which is why we are still very busy on the spot” explained Captain Delneste this Wednesday morning.

“We were called around 2 am, for a fire in a field. It was visible from far away, and when we arrived, the 250 or so straw bales were completely on fire. Sixteen men were dispatched to the scene at the height of the fire: from Mouscron with a pumper and a cistern, and tanks from Tournai and Etaimpuis. There was no risk of extension, there is no adjoining dwelling. In view of the scale of the fire on our arrival, iIt is impossible for me to say anything about the origin of the fire. As the straw burns for a very long time, we have to spread it out on a nearby field, and we will spend a good part of the day watering, because there will be small recoveries. “

The owner noted the extent of the damage after helping to spread the burning straw with his tractor.

➜ “The fire did not catch on its own”: he testifies and quantifies the extent of the damage.

➜ All photos and videos HERE.