There never was a better Mercedes than the 600, and possibly there never will be. The Mercedes 600 “Grosser” was a representative saloon – and a true super luxury – built by Mercedes between 1963 and 1981. Only 2,677 examples were built by hand, with a level of quality that makes any current vehicle look ridiculous. The history of the 600 is little known, but less well known are the reasons why the Mercedes 600 is the best Mercedes ever built and deserves a place of honor in the annals of automotive history.

1) Everything is hydraulic in the Mercedes 600

The windows have a variable operation, they can be closed more quickly the harder you press the button.

Hydraulic systems use a pressurized fluid – similar to oil – to operate mechanical elements with great power, as well as very smoothly. It seems a matter of logic that in the best Mercedes of all time he used a hydraulic system pressurized to 220 bar for all its actuation elements. And when I say all, I mean it. Its pneumatic suspension is powered by the hydraulic system, without going any further. 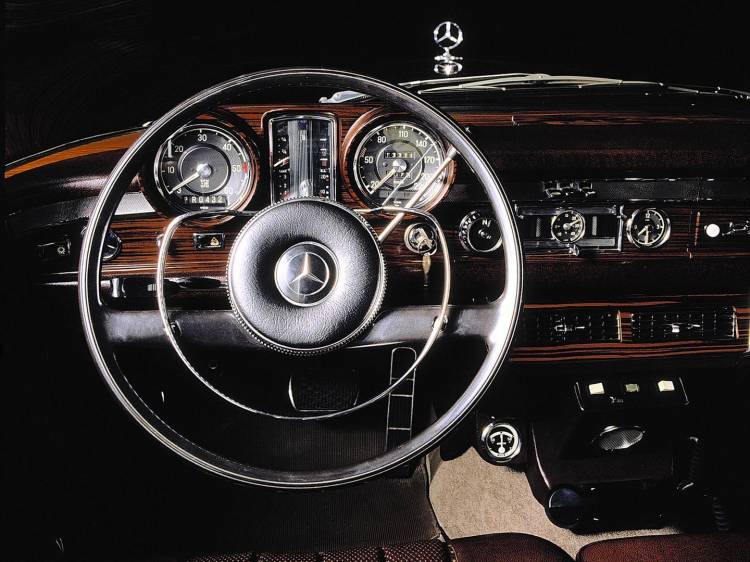 The windows are not electric, they are hydraulic. The boot lid cannot be closed manually, it is hydraulic. The adjustment of the seats is not electric, it is hydraulic. Like the sunroof, the ventilation inlets for the passenger compartment or the closing of the doors. The hydraulic system is surprisingly reliable if properly maintained (which means not confusing its special fluid with transmission fluid), and it operates incredibly quiet, almost magical.

2) It was designed and built without thinking about costs

The Mercedes 600 – nicknamed “Grosser” – was designed in the early 1960s, and the first models were sold in 1963. Not a single German mark is spared in its production. Although a full restoration can hit seven figures, in large part due to its complex hydraulic system, it is surprising that no unit has ever fallen prey to rust. Its steel body was of the highest quality, and its chassis was as rigid as a Mercedes 300 of the time, as a whole. It wasn’t exactly a light car.

It was a car made to last and withstand all kinds of mechanical abuse. 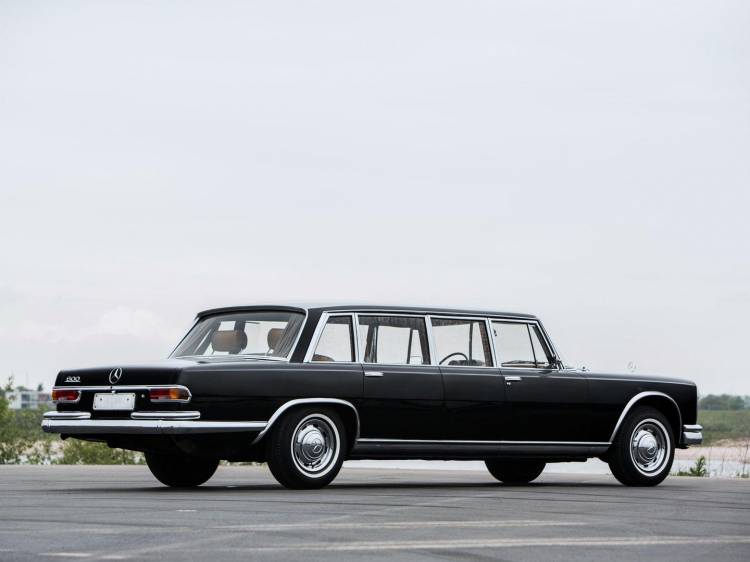 The curb weight of the short wheelbase version was already 2,600 kilos, with a length of no less than 5.45 meters. Its engine already used mechanical injection. Named M100, It is a 6.3-liter V8, which at the time developed 250 hp of power, which passed to the rear axle through a four-speed automatic transmission. If properly maintained, it was an extraordinarily reliable car, capable of providing its passengers with comfort that had nothing to envy that of a Rolls-Royce.

3) If you are careless, the Mercedes 600 can do you a lot of damage

The hydraulic system of the Mercedes 600 operates by pressurization of a special fluid to 220 bar. A break in a hydraulic line in the window buttons is like a knife to your finger. These windows can kill you too: their upload speed is variable – it depends on how hard the button is pressed – and it is said that they can close with enough force to snap an adult’s neck. The hydraulic system is very powerful and unforgiving. And it seems that its forcefulness is not a coincidence. 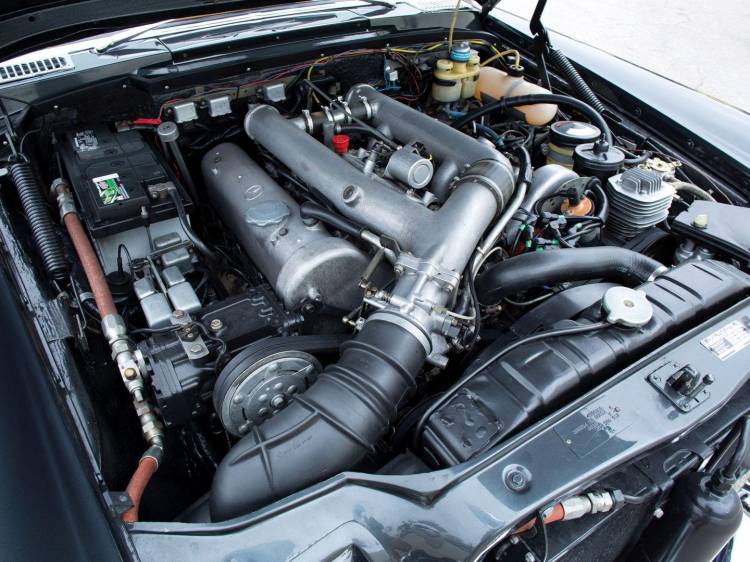 The whole car is surrounded by high pressure hydraulic lines. It is convenient to maintain them properly.

Many owners ordered armored versions in troubled areas, and they might have to close their windows quickly. Something similar happens with the boot lid. If you try to close it manually you can bend its hinges with your arms (prepare the wallet for repair), but better stay away when you press the button to close it. In addition to closing very quickly, the hydraulic system provides enough force to break an arm or all the fingers on your hand.

It is a little known fact that the Mercedes 600 has two horns. Or rather, a horn with two “speeds”. In its standard mode it is a horn like any other car. In its most powerful mode – activated by simply pressing a selector – a high-power air horn is activated. It is the most powerful stock horn ever installed in a production passenger car and rivals those installed in cargo vehicles in power. Because the owner of a Mercedes 600 is someone who wants to be noticed. 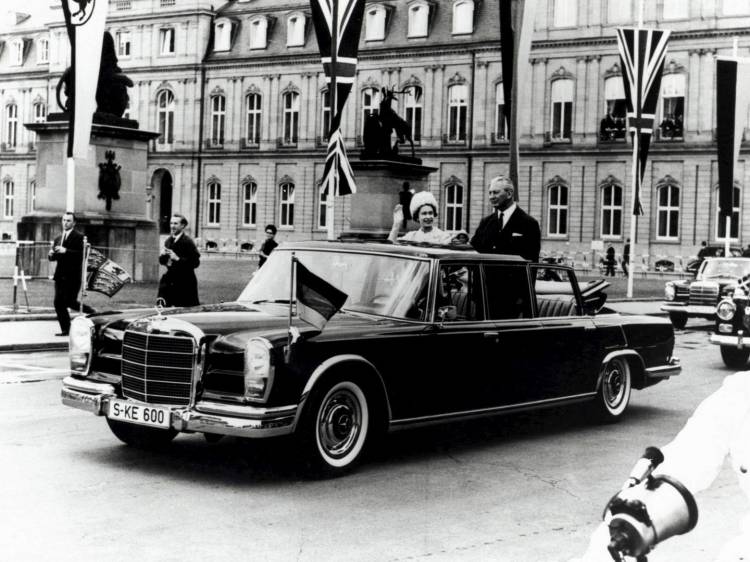 5) It was the favorite car of celebrities, heads of state and African dictators

For its price – $ 20,000 in 1963 in the US, 10-15 times more than a conventional passenger car – and exclusivity, it was a car that only celebrities and authorities could afford. In its long-wheelbase Pullman versions and Landaulet versions, it was the favorite car of many state leaders on official visits or at military shows. Curiously, it was a car that fell into the favor of dictators from around the world. The Mercedes 600 was considered the ultimate symbol of status, especially in Africa and the Middle East.

African dictators, heads of state, Jeremy Clarkson or Jay Leno. All of them lovers of the Mercedes “Grosser”.

Among its “illustrious” owners were Saddam Hussein, Pablo Escobar, Mao Tse Tung or Kim Jong-il, father of our beloved “great leader” of North Korea. It has also been the favorite car of stars in the world of film and music, for example: Elvis Presley, George Harrison, John Lennon, Hugh Hefner, Jay Kay – leader of Jamiroquai – and Jack Nicholson. Jeremy Clarkson also owns a unit, and he considers it to be one of the best cars he has ever owned. Jay Leno agrees with the English. 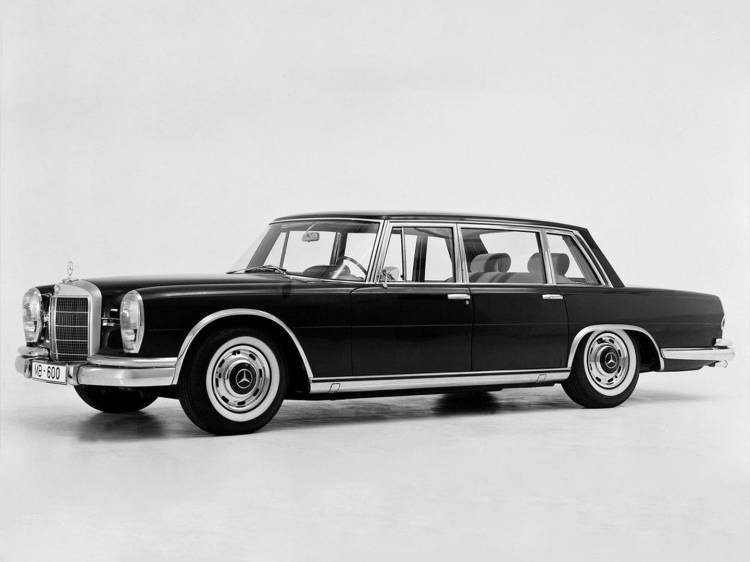 6) Repairs and maintenance have an exorbitant cost

Although very expensive, its complete restoration is not much more expensive than the replacement of wear elements. A routine check-up can cost around 20,000 euros, and assuming that it is not necessary to replace any element, in a car with units that are over 50 years old in some cases. We will have to pay more than 10,000 euros if we want to replace the window regulator controls. On average, the copies for sale usually require an investment of € 40,000 – € 50,000 for a correct set-up. It is not for all pockets.

7) Like a Rolls-Royce: it was built by hand, on request

The Mercedes 600 “Grosser” was produced in limited numbers, for almost 20 years. 2,677 units were produced between 1963 and 1981All hand-built in Germany by the best Mercedes technicians and craftsmen. Although the car had a simple appearance, the attention to detail in its construction was obsessive. Of the total number of units built, about 428 units were long wheelbase versions, also available with six-door bodywork. 41 units were built with high-level armor. 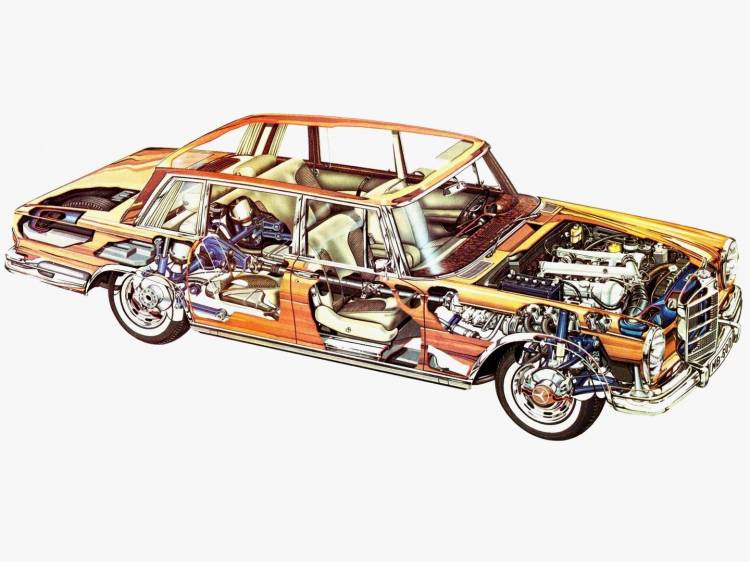 The Mercedes emblem located on the front is 20% larger than that of other Mercedes of the time.