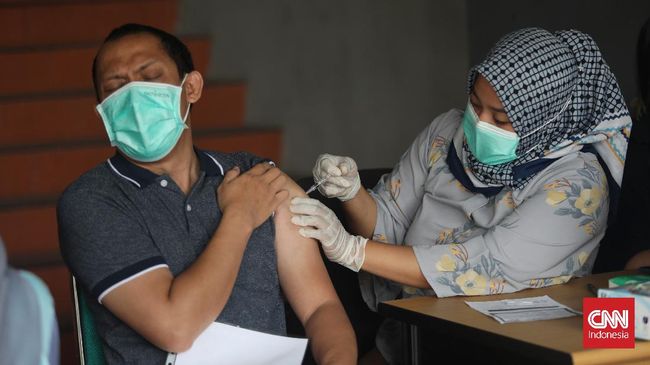 Epidemiologist Gadjah Mada University (UGM) Citra Indriani said that there is a possibility that 80 percent of the Indonesian population has been infected with the Delta variant of the corona virus (covid-19). This statement was motivated by the significant decline in Covid-19 cases that occurred in Indonesia in the last 3-4 months.

Citra assessed that the decrease in cases was due to group immunity or herd immunity already formed naturally in the country through individuals who have been infected with COVID-19 before.

“More than 50 percent of the COVID-19 infection is asymptomatic (asymptomatic), maybe 80 percent of our population has been infected with the Delta variant,” said Citra as quoted from UGM’s official website, Monday (22/11).

However, Citra also warned that the threat of a third wave is something that might happen even though the majority of residents already have natural antibodies. He reminded that if Indonesia was ‘attacked’ by a new strain or variant of COVID-19, a spike in COVID-19 cases would very likely occur.

He said this because according to him the antibodies possessed by residents were not specific for certain variants. For this reason, Citra hopes that the government will accelerate the vaccination program in order to minimize the severity if many people start getting infected again.

The latest data from the Research and Development Agency of the Ministry of Health noted that the distribution of mutation cases of the SARS-CoV-2 virus which is classified as Variant of Concern (VoC) or the variant that the World Health Organization (WHO) is wary of currently amounts to 4,830 cases in Indonesia.

WHO has determined four variants that fall into this category, namely B117 Alpha, B1351 Beta, B1617.2 Delta, and P1 Gamma, and only P1 has not been identified in the country. The Delta variant was found at most with 4,732 cases in Indonesia, followed by the Alfa variant with 76 cases, and the Beta variant with 22 cases.

“Most of the natural infections form antibodies that are specific for the virus or viral strain that infects, not for other strains. So that the natural immunity that is formed today may not be reliable if we get a new strain,” he explained.

Citra added that a number of case findings or data recordings of residents infected in the first wave in January 2021 and also residents infected with the Delta variant in the second wave of June-July 2021, as well as those who died at that time, the majority of them had not received the COVID-19 vaccine.

With these findings, Citra believes that one of the efforts to control COVID-19 in Indonesia is vaccination. He hopes that if Indonesia experiences a third wave at the end or the beginning of next year, the Indonesian health system will not collapse like what happened last July.

“Combing areas for vaccination, especially the elderly, can play a role in mitigating the severe form of SARS-CoV 2 infection. Even if the third wave occurs, our health system will no longer face thousands of severe cases every day,” he said.

Citra said, if you learn from past experience, every long holiday that triggers high mobility of residents will also give birth to a spike in COVID-19 cases. He then asked the government to be really serious about monitoring during the upcoming Nataru restrictions.

“Even though we limit mobility, mobility still occurs, but not as massively as if no restrictions were imposed. Restrictions on crowds and mobility are in accordance with previous learning that our wave begins in the Christmas-New Year and Eid period, especially in neighboring countries currently experiencing a wave of delta variant AY.4.2,” said Citra.