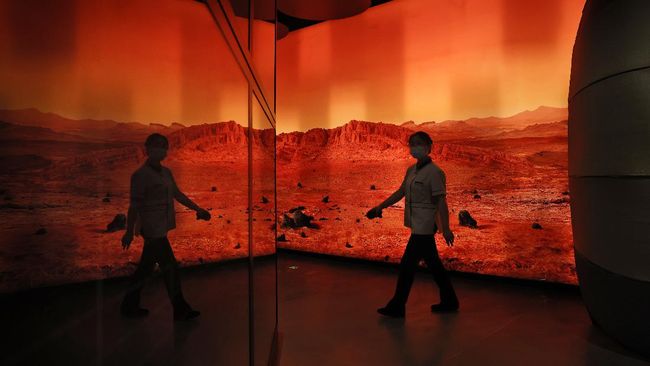 Jakarta, CNBC Indonesia – Recent research has found ancient life forms from 800 million years ago that may still be alive.

Geologists from the University of West Virginia claim to have discovered microorganisms within the Browne Formation, an 830 million-year-old rock found in the Australian desert.

They believe that if microorganisms were really alive, it could help humans find life on Mars.

“This discovery demonstrates that microorganisms from a salt deposition environment can remain well preserved in halite for hundreds of millions of years and can be detected directly in the environment. in situ by optical method only. This study has implications for the search for life in terrestrial and extraterrestrial chemical sedimentary rocks,” the researchers wrote India TimesFriday (20/5/2022).

The researchers took a piece of the Browne Formation containing crystals of halite salts. Then use non-invasive optical techniques to make an assessment. Not long after, they discovered organic liquids and solids.

In the substance, geologists found single-celled organisms called “prokaryotes”. These organisms have been known in the past to survive for hundreds of millions of years when trapped within salt crystals as found.

In a paper published in the journal Geology, scientists note how likely the survival of microorganisms is over geological timescales that are not yet fully understood.