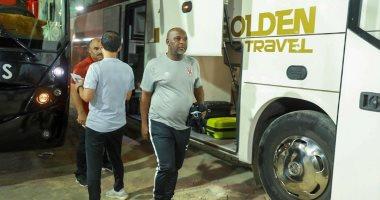 (MENAFN– Youm7) Pitso Mosimane, coach of Al-Ahly Club, faces the specter of leaving the Red Castle in the event of leaving the Egypt Cup tonight in front of Enppi.

Although the Al-Ahly administration was preparing to renew the contract of Pitso Musimani for the next two seasons, and despite the team’s recent successes under the leadership of Musimani, the dismissal of the South African coach is not far from the case of the exit from the Egypt Cup, especially after the loss of the local super against the Vanguards last week.

Al-Ahly will meet Enppi at seven in the evening, Saturday, at the Alexandria Stadium in the round of 16 of the Egypt Cup.

Musimani is facing the specter of dismissal from his position due to the anger of the team’s fans, and even a large sector of the Red Castle officials, due to the loss of the local super against the Vanguard of the Army last Tuesday.

The Super loss came less than a month after losing the league title, which was close to the red genie, but Mosimane’s failure to manage technical matters well in the last matches of the league competition last season was one of the reasons for losing the title.

A large section of Al-Ahly officials confirmed that the dismissal of Musimani would be almost final in the event of a loss from Enppi tonight and bid farewell to the Egypt Cup.

Those holding this view believe that the team’s level has greatly decreased in the past period, and there are many question marks about the level of some players, the repetition of millennium mistakes, and the coach’s failure to exploit the players’ technical abilities and skills, especially since Al-Ahly currently includes a large group of distinguished players.

Musimani, who coached Al-Ahly last October with the Red Genie, won the African Championship twice, the African Super, the Egypt Cup and the bronze in the Club World Cup.