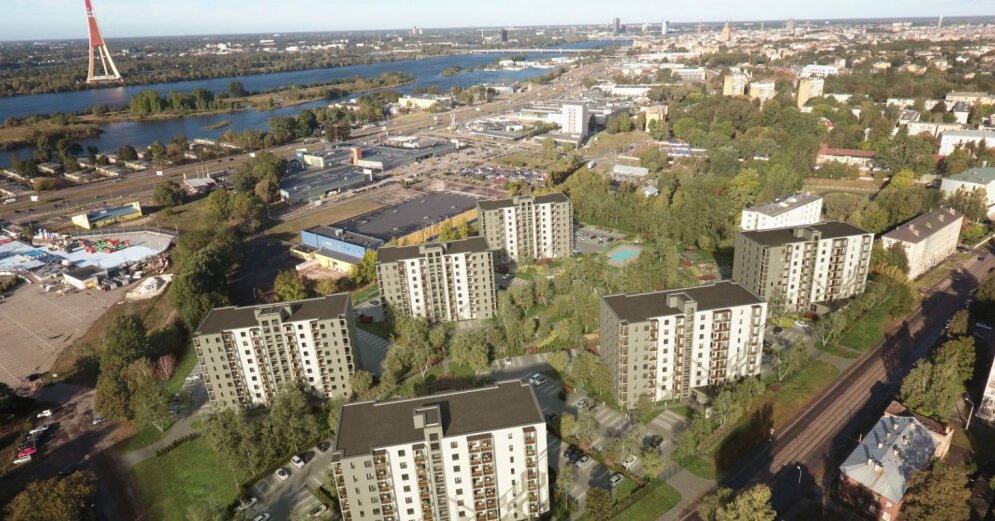 Housing Developer »Bonava Latvija “plans to start the construction of the final phase of the project” Krasta kvartāls “or three more apartment buildings in Latgale suburb, between Kojusalas, Maskavas, Grēdu streets and Krīdenera dam. In total, the company’s planned investment in the development of” Krasta kvartāls “is 40 million euros.

The almost 3-hectare plot will have a total of six nine-storey residential buildings with 500 one- to three-room apartments with an area of ​​28 to 73 square meters. The development of the project started in 2018, pouring the foundations for the first two buildings, which have already been put into operation. The third building will also be completed soon. Currently, 95% of apartments in the first three project buildings have been sold. The “Krasta kvartāls” project is planned to be completed by the end of 2024.

“Bonava Latvija” implements the development, construction and sale of housing in both the economic and business segments in Riga. In total, under construction in 2021, there will be 1,000 apartments in six projects, of which it is planned to complete the construction of 470 apartments by the end of the year.

The company is one of the largest real estate developers in Latvia, whose parent company “Bonava” is a leader in the field of real estate development in Northern Europe. The company currently employs 2,300 people and is represented in Germany, Sweden, Finland, Denmark, Norway, St. Petersburg, Estonia, Lithuania and Latvia, with a turnover of 17 billion in 2020. Swedish kroons. Bonava shares are quotedNasdaq“Stockholm Stock Exchange.