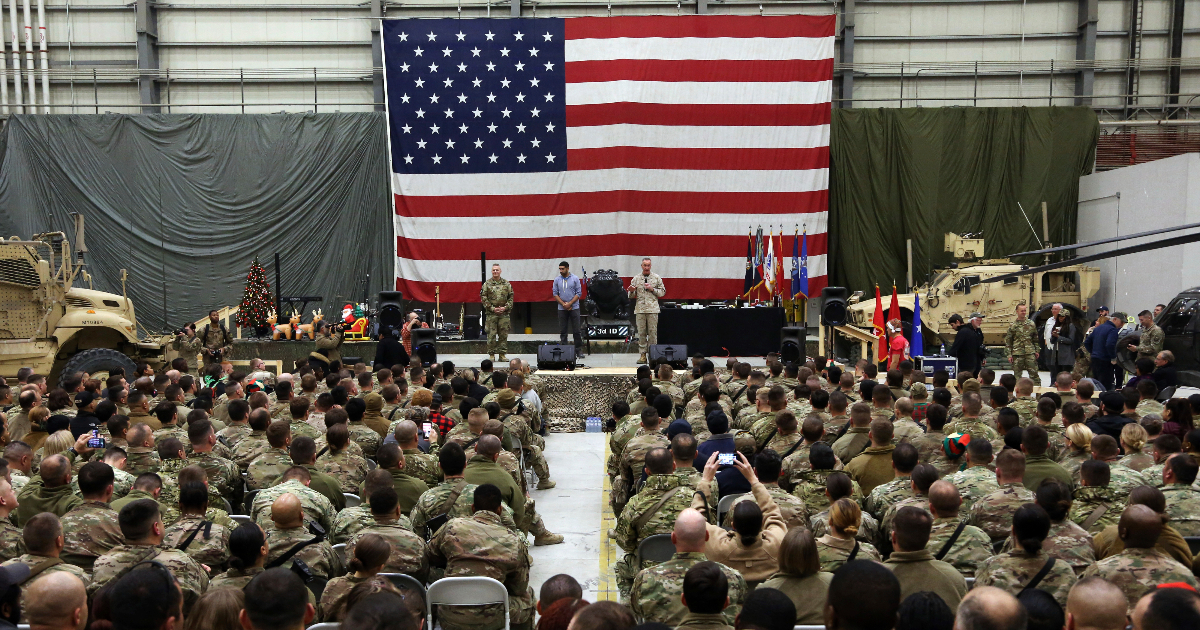 What if the only, real, decisive threat to world peace were the United States of America? The book seems written with the intact and idealistic candor of a child A brief history of the American empire (Fazi). Instead it is a penetrating and fluvial geopolitical essay with a self-evident and documented thesis elaborated by the pacifist to the bitter end, the Swiss historian Daniele Ganser.

In short, the pendulum of history always has the usual toll for the United States of America: the hour of war. War everywhere, war always, war as a repeated solution to resolve, rather than territorial conflicts of proximity, those arising from real economic-financial affairs to be carried out a thousand miles from the uncut American soil. That vice of immischiarsi constantly in the internal affairs of others it is never – put away the flags of the Democrats for good wars and those of the Republicans who make bad wars (but also vice versa) – a question of “democracy to be exported” as decades of leftist progressivism has accustomed us thinking obtorto neck. The United States, data in hand and zero talk, as Ganser explains “of the 242 years since its establishment as a nation, the country has only spent sixteen without wars”. Other data, incontrovertible, just to understand the trend and commitment regardless of the “democracy” of successive presidents.

Patriot Act: the concept of ‘wartime’ that crushes constitutional rights

The United States is the country with the highest amount of military spending in the world. An estimate can be made from the first postwar period when President Eisenhower, one who had chewed a lot of war in Europe in an anti-Nazi key, had warned in his farewell speech in 1961 about the excessive power of the US war industry and its attempt to condition state policy in a broad sense, therefore beyond party barriers. Grab a pen and paper, then: at the end of the 1950s we are at 50 billion dollars; during the war in Vietnam we are about 100 billion; with Reagan’s first mandate here we are at 200; then in 1986 to 300. The escalation continues and right behind the 2001 attacks we are at 316 billion; in 2003 while the US attacked theIraq 345 is reached; in 2005 we are at 475; in 2006 we reach 534; in 2007 we reach 600; and then again up to 649 billion in 2018, 716 billion in 2019, and 738 billion in 2020 (when China spends 250). Biden? Not yet received, but, says Ganser, he voted for 36 years in the Senate for every kind of war imaginable, in the eight years as Obama’s deputy he did not skimp on putting his signature at the bottom of several bombings; finally, just after his presidential inauguration – February 2021 – he had half a bomb dropped Syria.

Some more data, just to understand. “Those who study historical sources recognize that after 1945 the United States used the violence openly or covertly ”against 22 countries. I summarize them here: Greece, Korea, Iran, Guatemala, Congo, Cuba, Vietnam, Indonesia, Cambodia, Laos, Chile, Grenada, Libya, Nicaragua, Panama, Kuwait, Sudan, Serbia, Afghanistan, Pakistan, Syria, Ukraine. Add to it the NATO military bases in Europe and the more generically US ones and we come to almost 700 abroad, 4 thousand at home, made up of over 200 thousand effective among which (surprise) only in Italy there are 11800 while until a few months ago before the shameful surrender he had lessAfghanistan at war (10100).

Do you want other irrefutable data? 42 of the 100 largest industrial groups that produce arms invoice in the United States (57% of the sector’s trade, therefore) and in the world top five, first, second, third and fifth place are occupied by five US companies (Lockheed Martin, Boeing, Reytheon, Northop Grumman). In short, that small circle of very few rich people – as Ganser defines them – to the detriment of the many ordinary citizens who are unaware of this simple and murderous mechanism. Wherever it is turned, therefore, the United States seems, indeed it is, the country where war has been produced and armed since the mid-nineteenth century with technical tests against Mexicans to the South and the natives within it. Violent and colonialist tradition identical to the previous expansive European masters who spread out in arms destroying and obliterating indigenous cultures.

from the Speaker’s corner blog

United States, the extravagant story of the only US emperor. An eccentric ruler who did not die naked

Many remember how the CIA tidied up their “backyard” in Chile in 1973, but few know how the US occupied and annexed them Hawaii as it was in the late nineteenth century or they expelled the Spaniards from the Philippines and then crushed internal resistance even before making their triumphal entry into the first and second world wars. In this regard, and here Ganser reopens a chapter of historical analysis that is far too underestimated, when the copious war loans (and all the trench paraphernalia made in the USA) sold to the friendly powers of the Triple Entente seemed not to be included as an expense item. the “entry into the war” in Europe in 1917. And if the pretext / provocation of others is hard to find (the sinking of the Lusitania for the first war; the attack on Pearl Harbour for the second) here is that the press runs to help and then the pounding propaganda does the rest (how many echoes with today, for Diana).

Engraved on Pearl Harbor: Ganser argues with several indisputable sources how the messages of the Japanese attacks were early decrypted by Anglo-American intelligence but that Roosevelt “Let it do”. Solutions to this endless chaos? Perhaps the weakest, though ethically honest and impeccable part of the book (see mindfulness, parbleu!). If anything, there is no reasoning on the true future anti-imperialist keystone: the self-determination of peoples, therefore the affirmation of the singularity of every single national culture and country, regardless of military godparents and monetary / financial loan sharks, without falling into blind extremisms from operetta. After all, Italy it was not born like that during the Risorgimento? Or can’t you tell?