A cocktail of six poisons – that’s what blueberries are

Many blueberries in Swiss supermarkets are imported. So that the fruits from overseas survive the transport, they are treated with plant poisons. The residues end up in the stomach of consumers.

Blueberries are more popular than ever: consumption in Switzerland has increased six-fold in recent years. But people also consume a lot of toxins with the little blue fruits. An analysis by the SRF magazine “Kassensturz” has now found that out.

Because domestic production is only a tenth of the Swiss berry cravings, more and more blueberries are imported. Before being transported from Peru, Argentina, Chile, Canada, South Africa and Spain, they are made “fit for travel” with fungicides such as fludioxonil, pyraclostrobine and boscalid.

Dangerous game with the limit values

The test laboratory found a cocktail of six pesticides on samples from Denner, and blueberries from Manor showed residues of five plant poisons. The residues of the individual active ingredients were always below the statutory limit. There is no limit for the total of all pesticides. Manor told SRF to use different fungicides in smaller doses to prevent resistance to individual substances.

According to the SRF, the test laboratory was not surprised to have found the many mushroom poisons: “To ensure that the berries arrive in good condition, they are treated with fungicides. Or you can freeze them. »

Be sure to wash fruits

In the case of berries from the freezer, the testers found no fungicide residues, only one product was found to have an insecticide that is already being sprayed on the field. In addition to the frozen blueberries, organic products from Migros (from Argentina), Globus (from South Africa) and Aligro (from Peru) were also free of residues.

In order to get rid of at least the water-soluble pesticides on the surface of the fruit, consumers should wash the blueberries thoroughly before eating. However, because some active ingredients penetrate the pulp, the chemical cocktail cannot be completely eliminated. 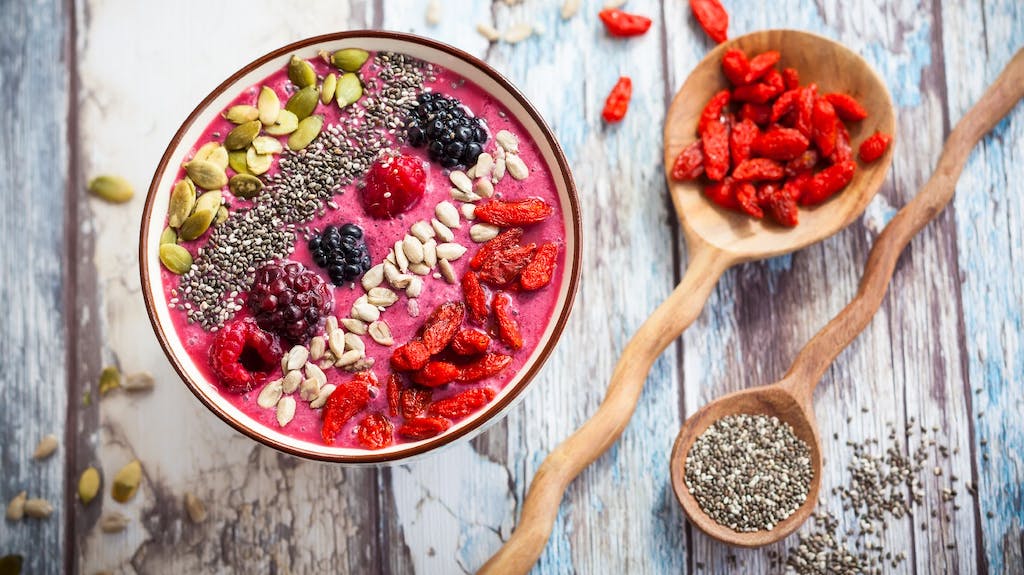 Without superfoods, nothing seems to be possible in a health-conscious diet today. But the healthy exotics are not beyond doubt: Many of the products are said to contain harmful substances. 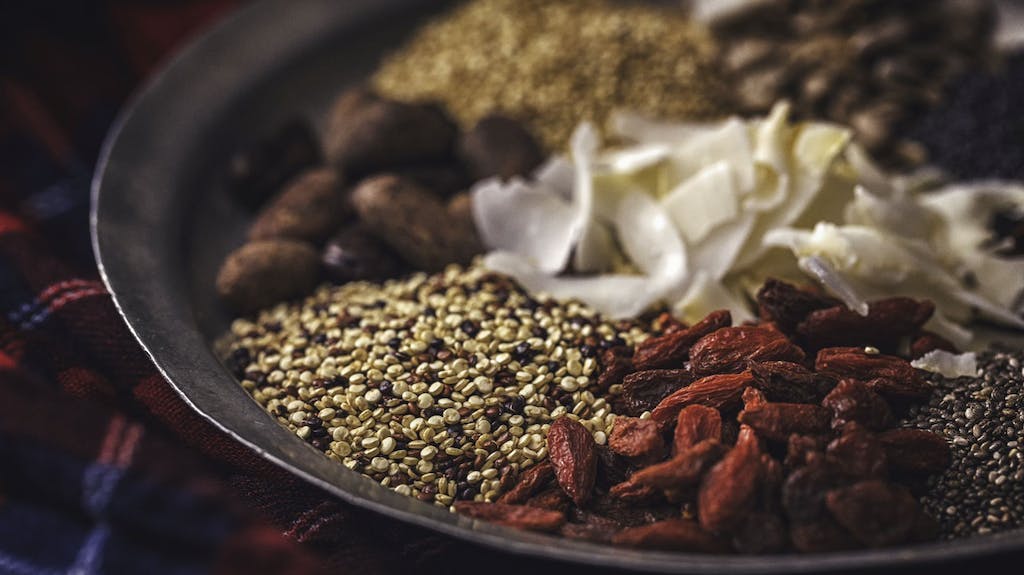 Reason enough to look for domestic alternatives. Not to mention the better ecological balance. 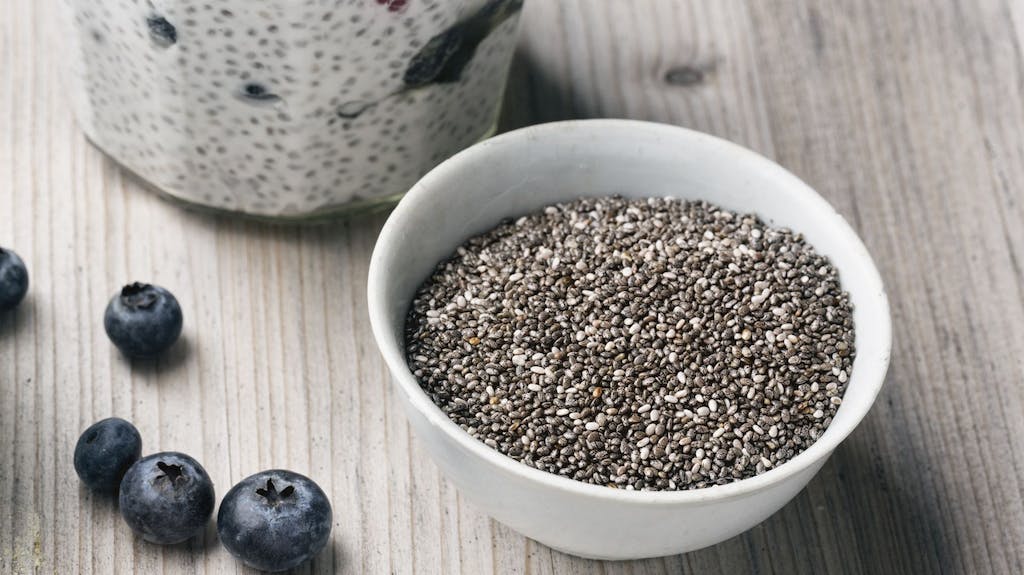 Chia seeds: are from South America and contain many antioxidants and omega-3 fatty acids as well as proteins, iron, calcium and magnesium. However, according to the Ökotest, there are also numerous pollutants. 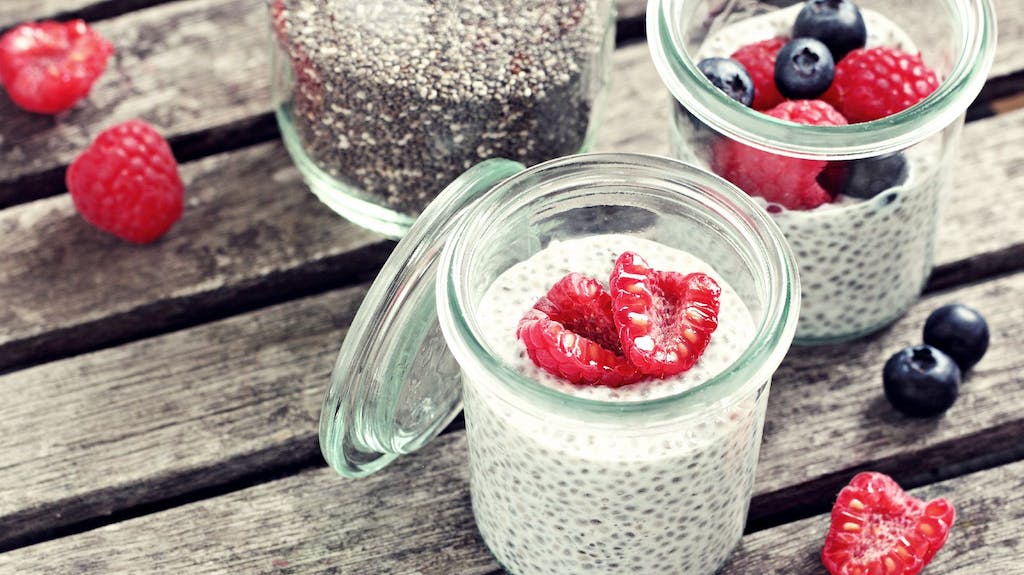 The seeds bind a lot of liquid. For this reason, they are well suited as a baking ingredient or basis for pudding. 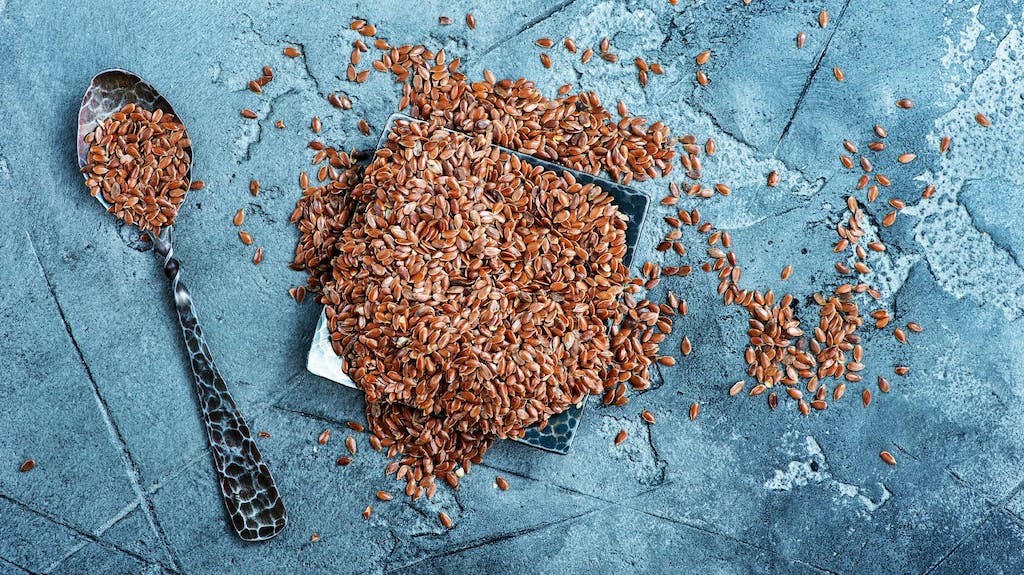 The domestic alternative is flax seeds: They not only cost a fraction and have virtually no transport route behind them, but are also brimming with protein and fiber. In their crushed form, they also bind a lot of liquid. 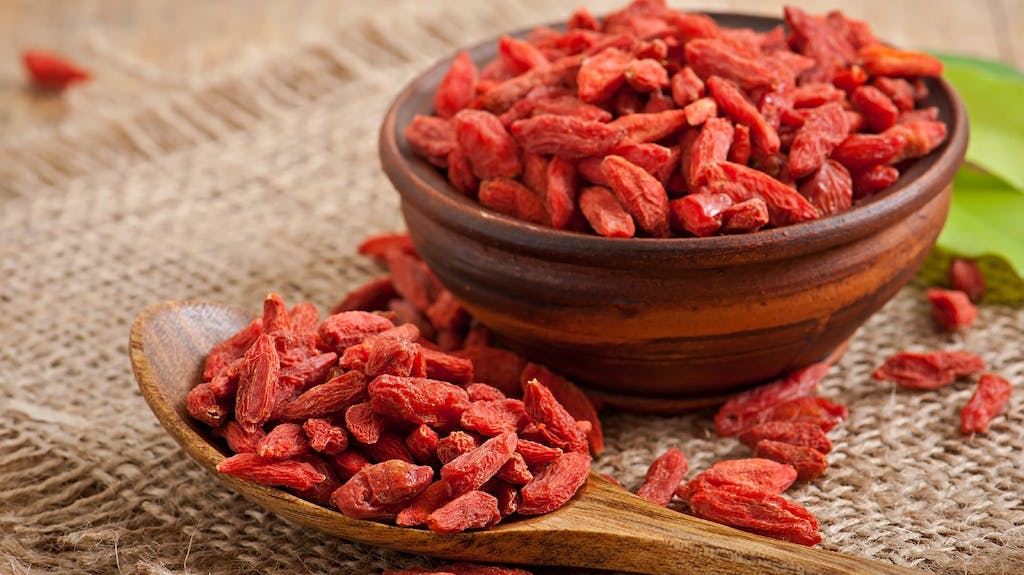 The Chinese goji berry is full of amino acids, vitamins A, C, E and B as well as iron and antioxidants. And apparently also some pesticides. 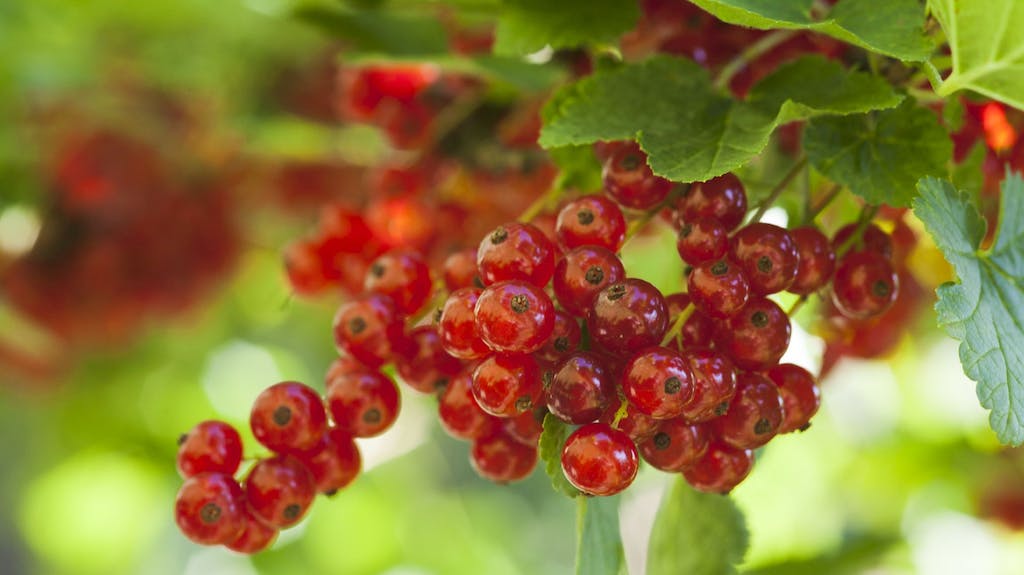 So that’s a good reason to pick home berries. Currants and currants also contain a high concentration of vitamins C and A and ideally grow in your own garden. 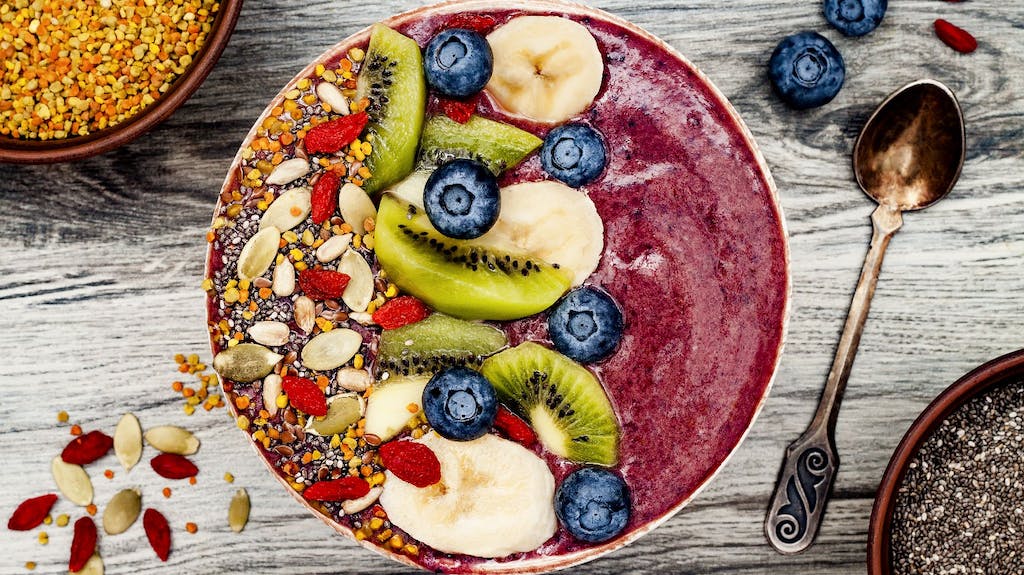 The Açai berry is known in Germany as an ingredient for the popular Açai bowl. It also gives the hip shell its intense color. 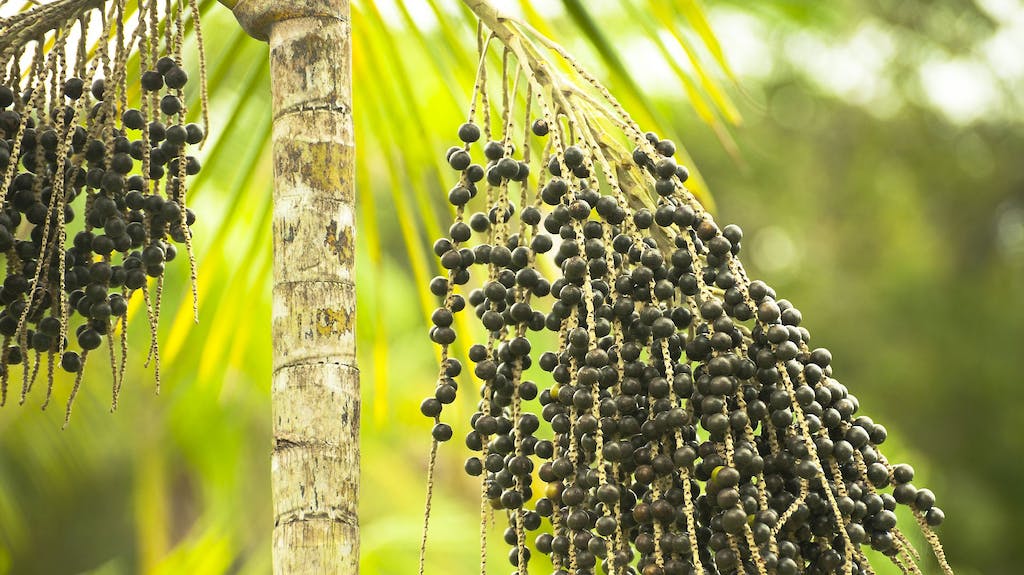 The berry is native to the Amazon. Their high fiber content and the many vitamins and antioxidants make them a popular superfood. 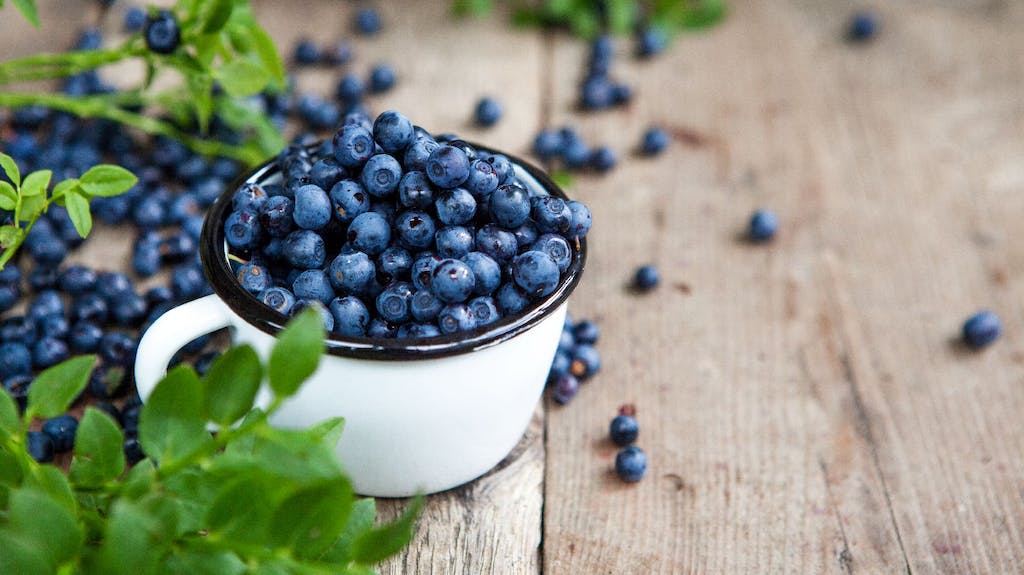 However, the local blueberry has even more nutrients and antioxidants to offer, especially if the berries are not completely overgrown. 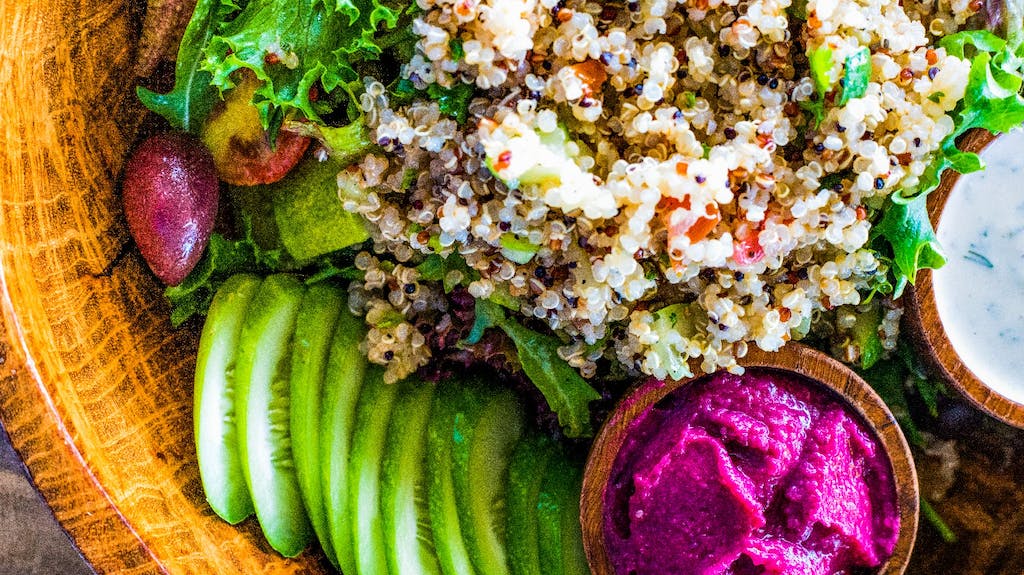 Quinoa: The pseudo grain from the Andes has become quite controversial. Among other things, because the strong growth in global consumption is causing damage in the growing region. Nevertheless: The high proportion of amino acids and other nutrients makes the boom continue. 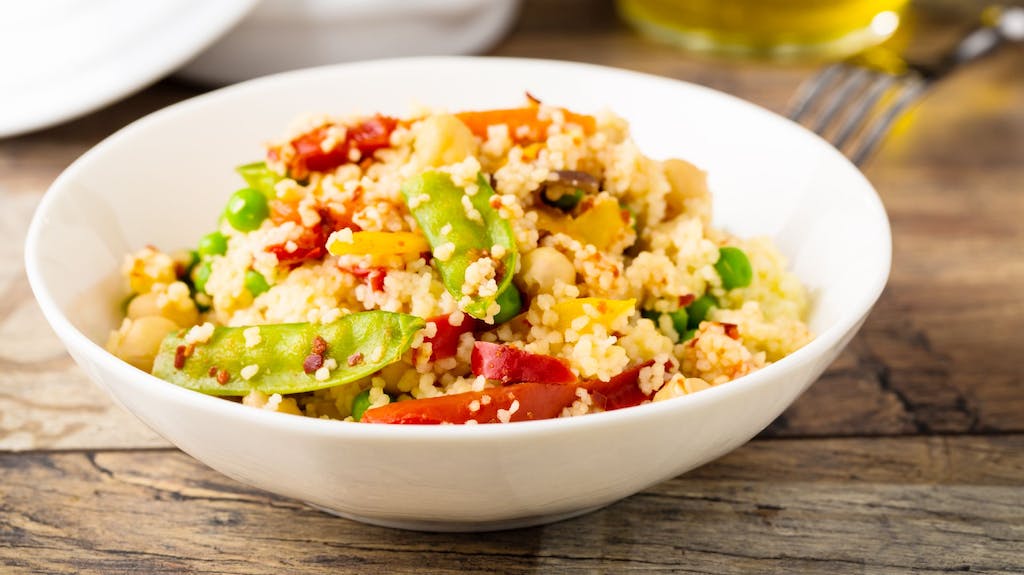 Millet can keep up very well in terms of health benefits. Cereals clearly have an edge in ecological terms. 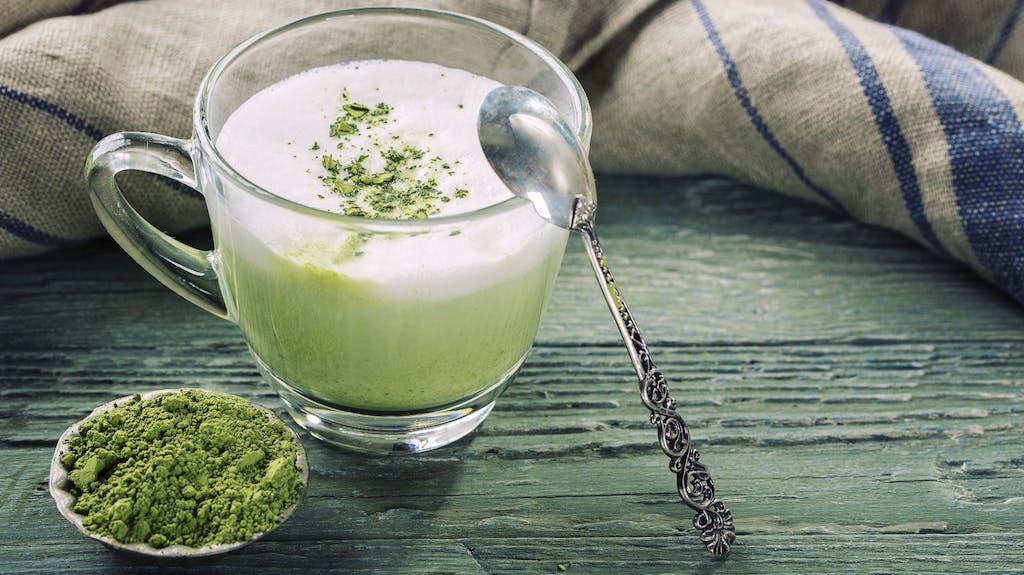 No hip café without Matcha Latte. The finely ground green tea is definitely extremely healthy, there is nothing to shake about. Because the powder is an extract from fresh tea leaves. 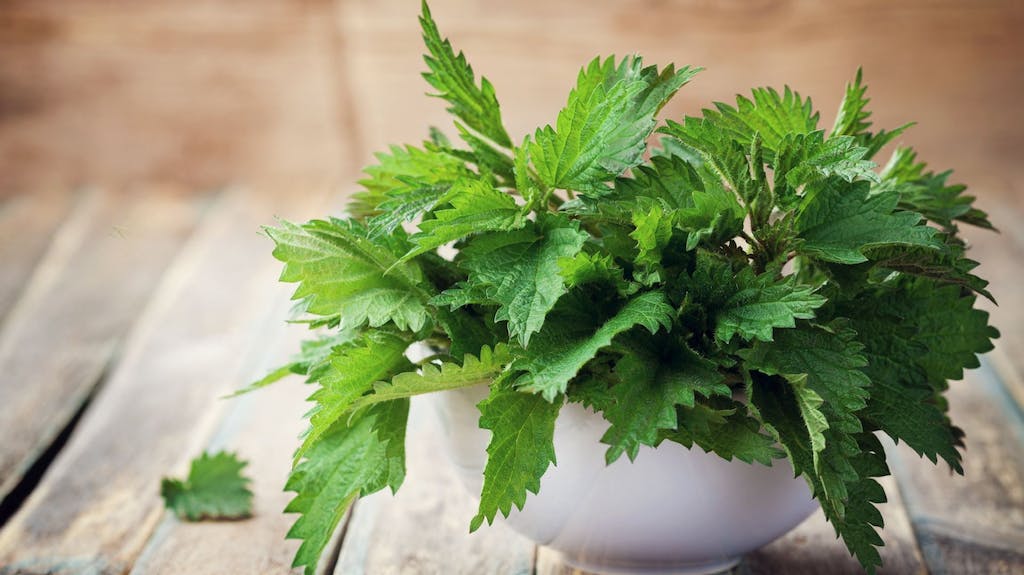 A domestic alternative to green tea: the nettle. It stimulates the metabolism, promotes blood formation and is full of vitamins. The perfect ingredient for a detox tea. We can’t really imagine the nettle as a latte. 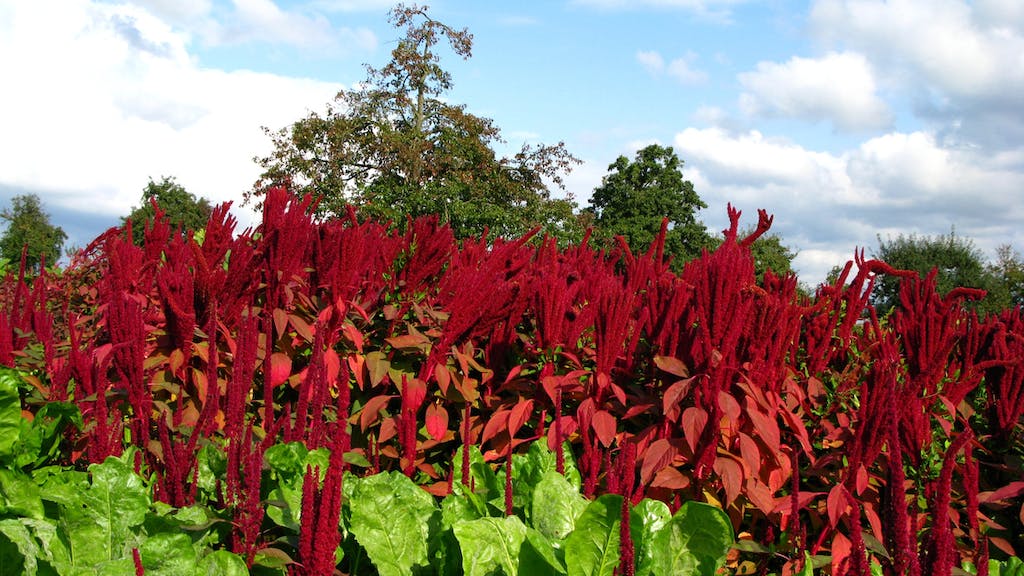 Amaranth is a foxtail plant. Thus, the South American plant is one of the so-called pseudo-cereals and, like quinoa, is gluten-free. 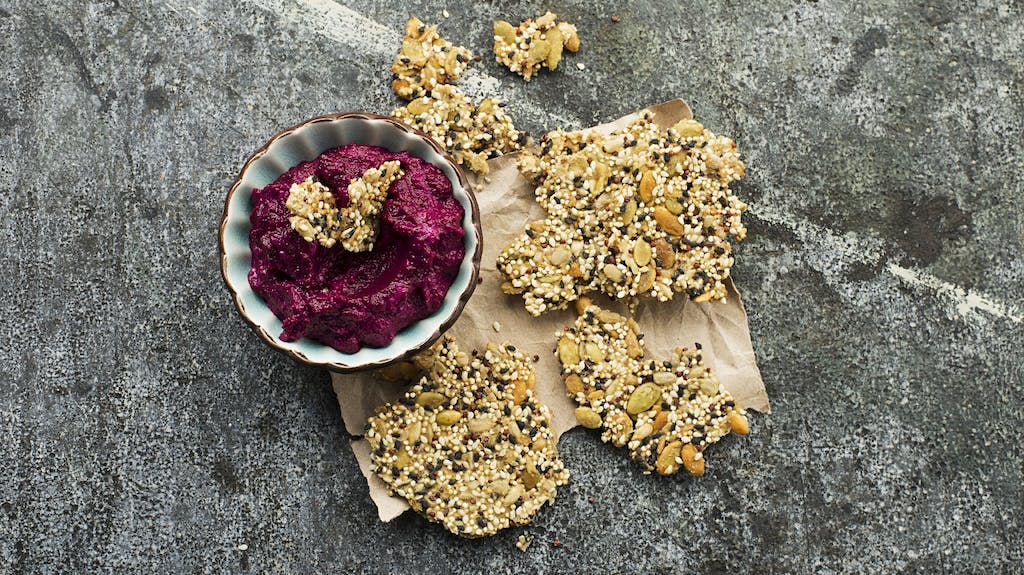 Amaranth is full of amino acids, omega-3 fatty acids, magnesium, calcium, zinc and iron. But it has also come a long way. 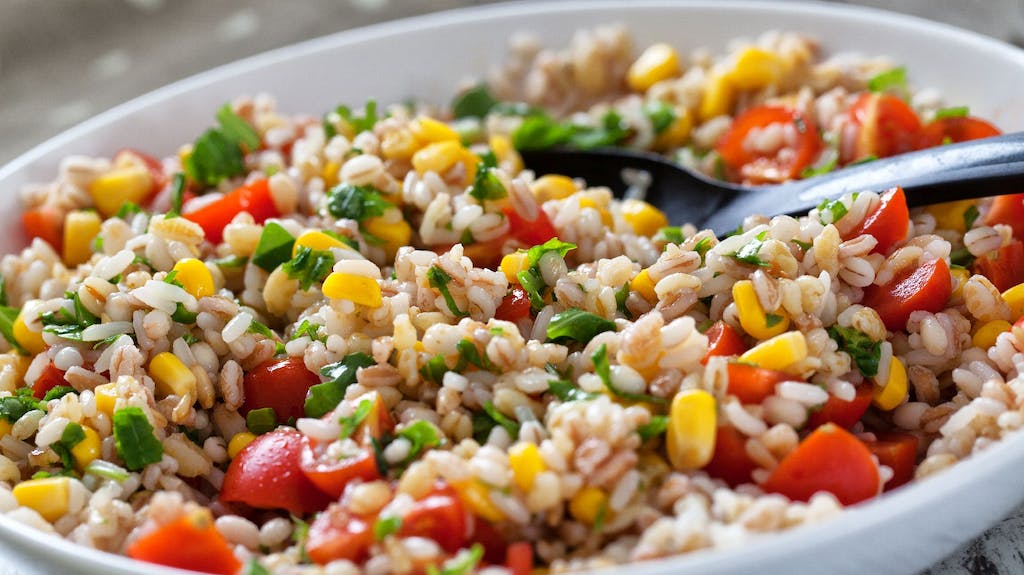 Spelled is an excellent domestic alternative that can easily compete with the South American counterpart in terms of nutrients. 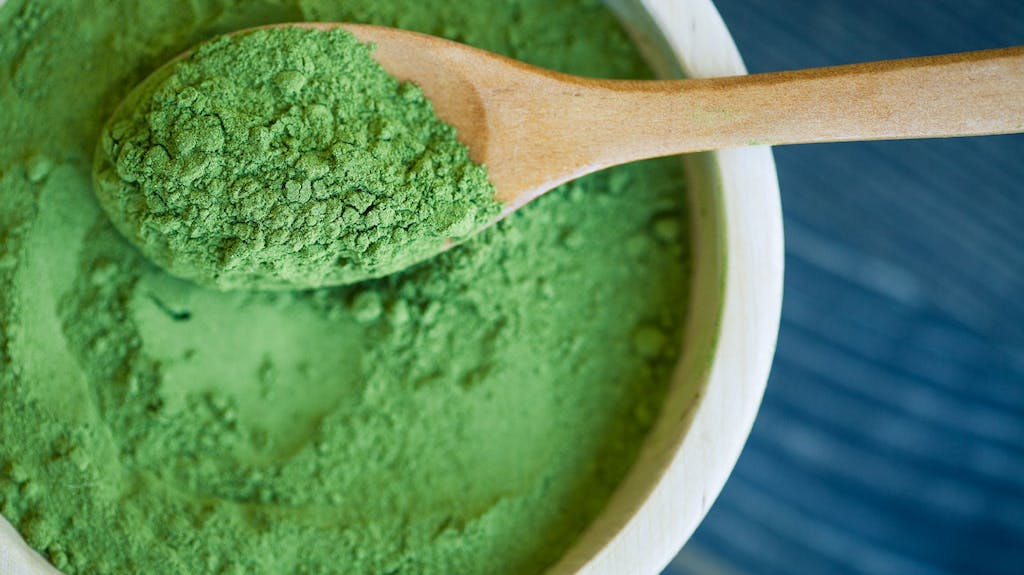 Moringa refers to the horseradish tree from Northern India. Most of the time his leaves are ground into powder. These are said to be full of vitamins and nutrients. 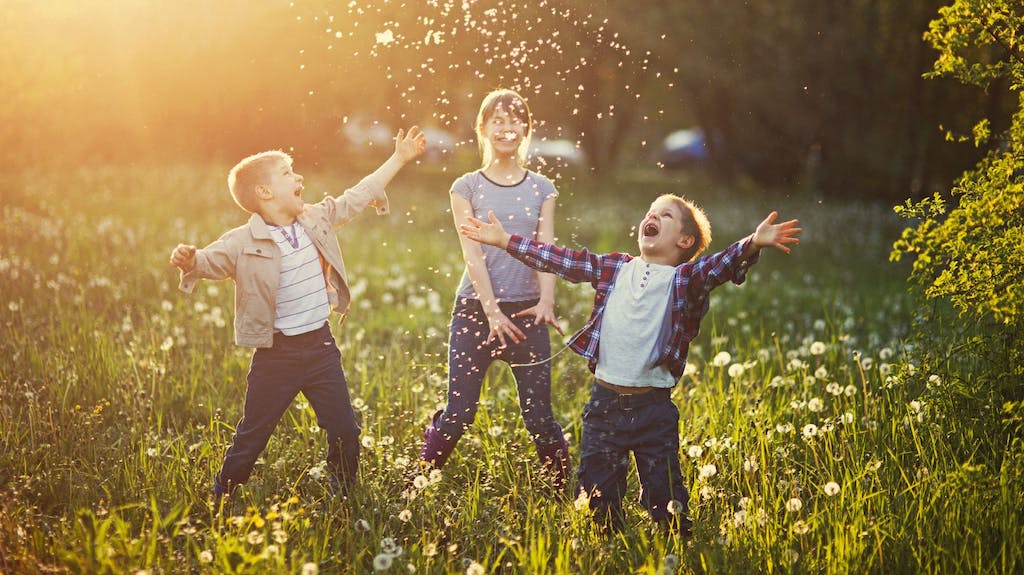 But why go so far? Because the domestic dandelion not only makes you happy, but also healthy. 100 grams already cover 20 percent of the daily requirement for 17 important nutrients. 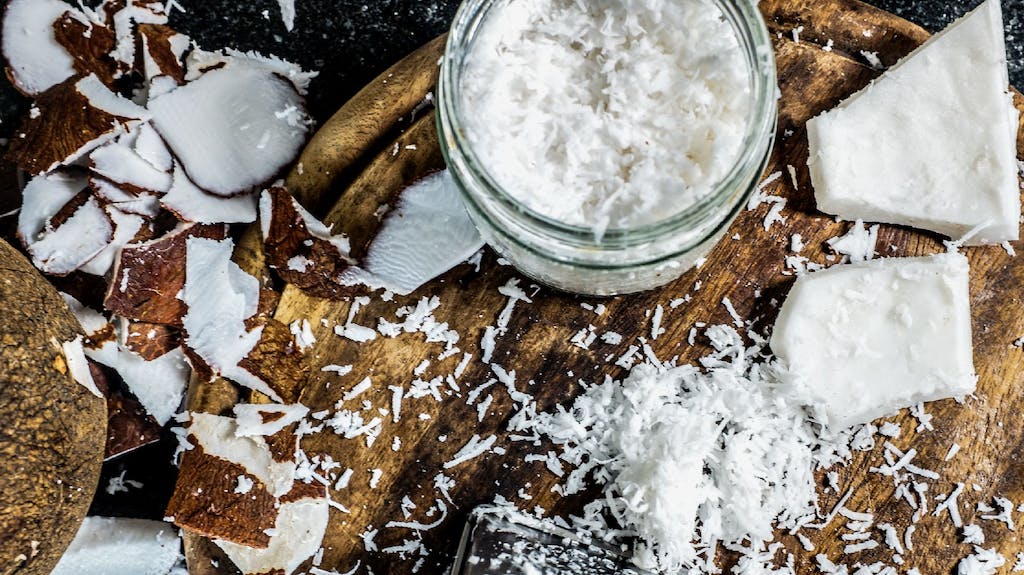 Coconut oil is currently experiencing a huge boom in both bathrooms and kitchens and is celebrated as a true savior. But the oil contains over 90 percent saturated fats. 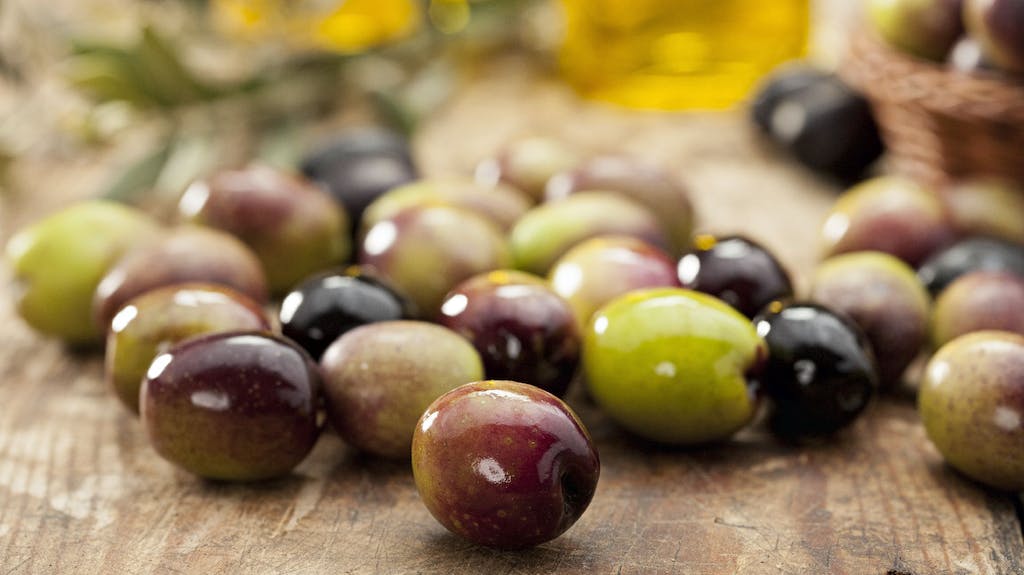 Olive oil is still considered the optimal source of polyunsaturated fatty acids and we recommend it as part of a healthy Mediterranean diet. 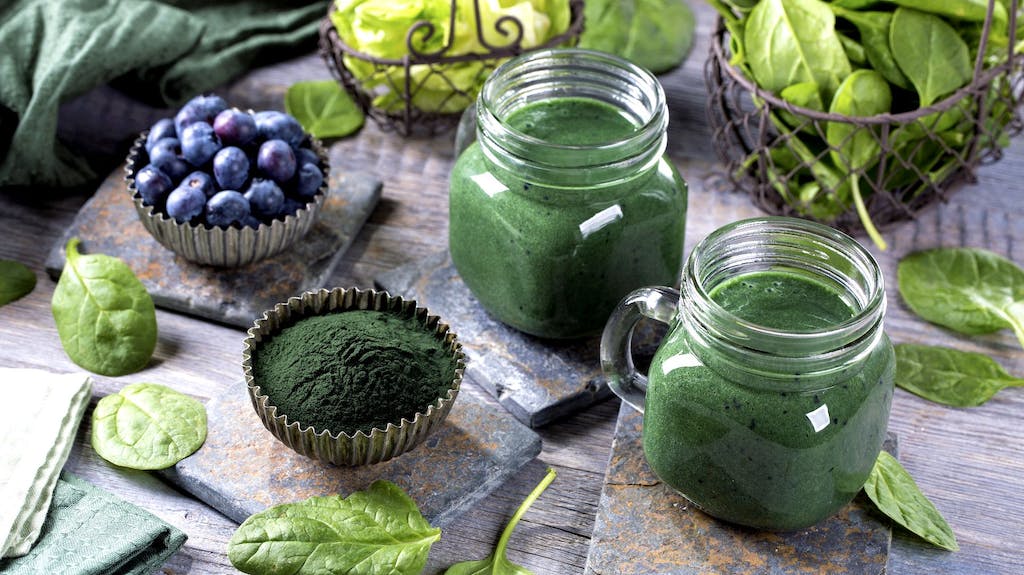 If you replace exotic superfoods to a large extent with domestic alternatives, you are not only doing something good for the environment, but also for your wallet and your own health.

The HAS returned Monday "a favorable opinion" to an "allocation of an innovation package for molecular detection tests of...
Read more

The future of Cristiano Ronaldo remains at the center of the indiscretions after the disappointment in Champions League...
Read more

Piqué in trouble! Shakira made a mischievous double-meaning comment

This week the followers of Shakira they viralized a mischievous double-meaning comment in the networks. He himself put...
Read more

Carlos Ghosn’s house “has not been destroyed”

Contrary to what had been indicated by a Brazilian...
Read more
Business

Diop Iseg’s family is torn apart: His second wife wants to expel Abiba, his mother and …

Scientists have explained why men are twice as likely to die from coronavirus – Gazeta.Ru

Scientists have explained why men are twice as likely to die from coronavirusScientists are...
Read more
Archynewsyarchynewsy.com