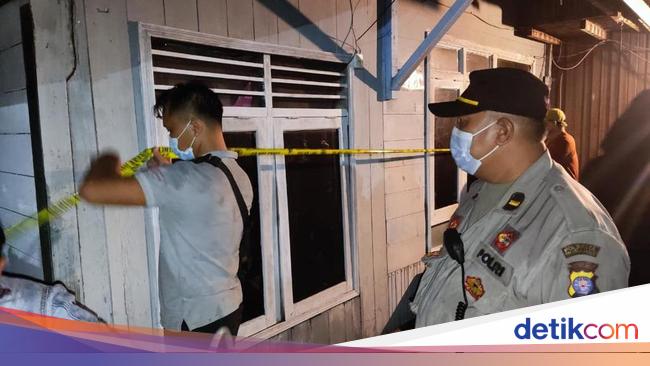 A teenage girl with the initials MY (17), the daughter of a couple who were victims of a sadistic murder in Palangkaraya, Central Kalimantan (Kalteng) is said to have witnessed the perpetrators of the murder. To the police, MY admitted that he saw firsthand the figure of the killer of his parents, a completely naked man carrying a machete or machete.

Kombes Budi said that initially the victim had just arrived at his house on Jalan Cempaka, Langkaraya Village, Palangkaraya, Central Kalimantan on Friday night (23/9) at 22.30 WITA. About 30 minutes later, MY who was in his room claimed to hear a slamming sound from the direction of his father’s room.

“He heard from his room there was a slamming sound in his father’s room then he came out (to check),” said Budi.

When leaving his room, MY admitted that he saw a shadow in his father’s room. MY finally ran to the back door because he was afraid, but MY still managed to turn his head towards his father’s room and that’s when he saw the figure of a completely naked man.

“He saw a shadow in his father’s bedroom door, he ran towards the kitchen door, while looking back (towards his father’s room) he saw a naked figure of a man carrying a machete,” he said.

MY who was frightened to see the man’s figure finally sought help by going to the nearest neighbor from his house. MY was finally asked to report to the police.

“He ran to the neighbor’s (house) behind and the neighbor told the victim’s child to call the police,” he said.

The police who received the report from MY finally intervened at the scene. But unfortunately, when the police arrived, the couple, YA and F, had died in their room.

The police revealed that a couple with the initials YA (46) and F (45) suffered a total of 24 stab wounds. Both were confirmed as murder victims.

“Broadly speaking, for the deceased father (YES) there were 13 injuries. Meanwhile, the deceased mother (F) had 11 injuries,” said Kombes Budi.

Budi revealed that a total of 13 injuries suffered by YA victims on average were on the victim’s face, neck and body. While his wife on the chest and stomach.

“A total of 13 wounds both on the face, neck and body (of the victim YA). His late mother had 11 wounds, the same on the face, on the neck, on the stomach, and on the back,” he said.

Regarding this murder, Budi admitted that his party was still conducting a marathon investigation to uncover the perpetrators. Investigators are currently continuing to investigate the victim’s 17-year-old daughter because she was the only witness at the scene at the time of the incident.

Watch Videos”The perpetrator of the sadistic murder of IRT in Palopo turned out to be the husband“
[Gambas:Video 20detik]
(hmw/asm)

See also  Amay: two hospitalized and animals killed in the fire of a house