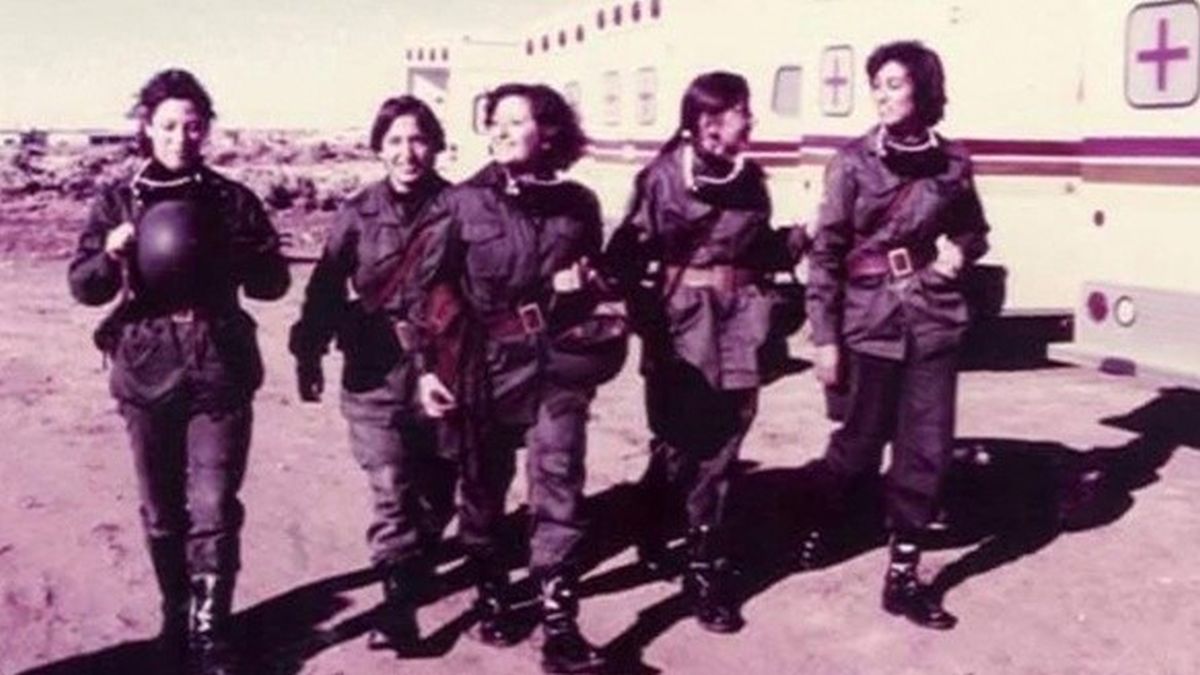 In dialogue with this medium, Strifezzo reviews the path of his debut film and celebrates the choice: “It is an immense joy. In this year, when everything was suspended, having been selected at a festival in Europe is a recognition for the history and for the film’s proposal. It is an opportunity to show it at a time when the The doors are a little closed. What we want most is for it to be the first step on a long road, which starts now in November.

“We are in a total parenthesis for the cinema. Our idea was to release it but it had to be put on hold. We also sent it to some festivals and it was selected in Trieste. It is a joy because it allows us to start showing it while we wait for things to unfold. normalize. What we would like the most is to make it known here on April 2 of next year, “he explains.

We Were Also – Trailer

“We were also there” began to take shape three years ago, when Strifezzo learned about the history of the Malvinas nurses, and their struggle to be recognized as veterans, through a journalistic note. “I saw a photo of them walking with the military uniform and it caught my attention; I had never seen it. Everything about the war is closely linked to the masculine. That photo resonated with me. I wrote down Alicia’s name and got in touch with her, who was just coming to Buenos Aires to present her book, “he says.

After that first meeting, the idea of ​​”generating a work that would make that image stop being strange” gained ground, as the 36-year-old filmmaker explains: “I wanted that if someone sees that photo, it is not as strange as it is to me; that they know who they are and what those people did. The idea was that it was clear to the viewer that there were women in the Malvinas War and that they are people who they were through that experience. “

Strifezzo details: “We went to many events to find the idea of ​​how to tell this. In all this dispute for recognition there is a whole legal issue, full of discussions, that I did not find very interesting to address. Then the idea of ​​which one came up. it was the best way to show that they were there too. Hence, going to the place was born. Whoever sees it, there can be no doubt that they were. The greatest evidence is seen when they tell the memory from the scene of the events “.

With the project closed, the artist obtained financing from the National Institute of Cinema and Audiovisual Arts (INCAA), in addition to the support of the national senator for La Pampa and president of the Women’s Banking Commission of the Upper House, Norma Durango, and from his Chubut counterpart, Alfredo Luenzo. It was time to get on the plane and taxi. Comodoro Rivadavia was waiting.

Official poster of the documentary “We were also there”.

After the outbreak of war in 1982, a group of Air Force nurses was transferred to the field hospital set up at the Comodoro Rivadavia airport, Chubut. The soldiers who were wounded in the Islands and evacuated from the front at night arrived there. 37 years later, Alicia Reynoso, Stella Morales and Ana Masitto, three of those nurses, returned to the site with Strifezzo to film.

The trip was a whirlwind of emotions. It was the first time that the professionals returned to that scene after the conflict. And while time heals, finding that plateau full of unresolved issues was a powerful event for the entire team. It is that the crusade to erase the past was so strong that they had to take steps to find out where the exact location of that field hospital was.

The filmmaker explains: “Nobody knew where that place was. We finally found it and it was a joy. Later we were able to go with them and everything became something intense and emotional. Many things happened and a lot of stories emerged that are the ones that are told. the documentary. It was a journey back in time. “

Although the pandemic prevented its premiere, “We were also there” will compete in the Contemporary section of the Trieste Latin American Film Festival, which will take place from November 5 to 15, with a mix of face-to-face and virtual formats, where it will compete for the Malvinas award.

The film lasts 70 minutes, and although its landing in Europe is a caress, its director knows that there is no place like the land to narrate an experience that cuts through the lights and shadows of the country in a blunt way. “After 37 years of silence, three of those women return to the scene to tell that story for the first time,” he concludes.