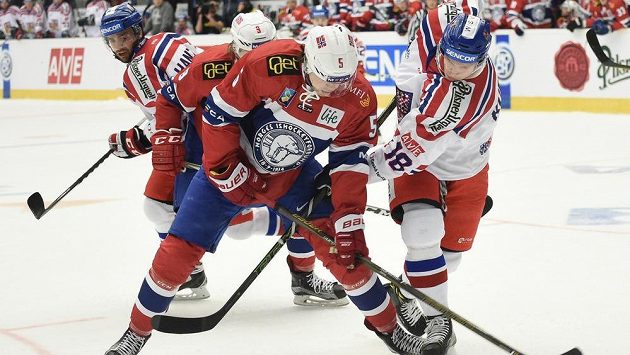 It would probably be a big and unusual blow for the host country. But on the other hand, it can prevent shameful scenes and results. The Olympic tournament in Beijing may eventually be played without hockey players from China. Although the participation is automatically certain, the elimination due to poor performance was admitted by the new head of the International Hockey Federation, Luc Tardif.

Czech forward Dominik Kubalík (right) is fighting for the puck with Magnus Henriksen from Norway. It is the Norwegians who could move to the Olympics. Illustrative photo.

“Watching a team lose 0:15 will benefit no one. Neither China nor hockey,” Tardif, who was elected successor to René Fasel, who led the federation for 27 years, told AFP.

The Chinese, who rank 32nd in the world, are to play in Group A with Canada, the USA and Germany. However, since 2019 they have not played any match. The time when part of the Chinese national team was preparing for the games as part of the participation in the third highest Czech competition has also ended. “If China can’t, we need Plan B,” Tardif said.

The new head of world hockey is the Frenchman Tardif, Bříza was elected vice-president

And he exists. In the tournament, the Chinese could be replaced by Norwegians based on their position in the rankings. It is to be decided by the end of October.