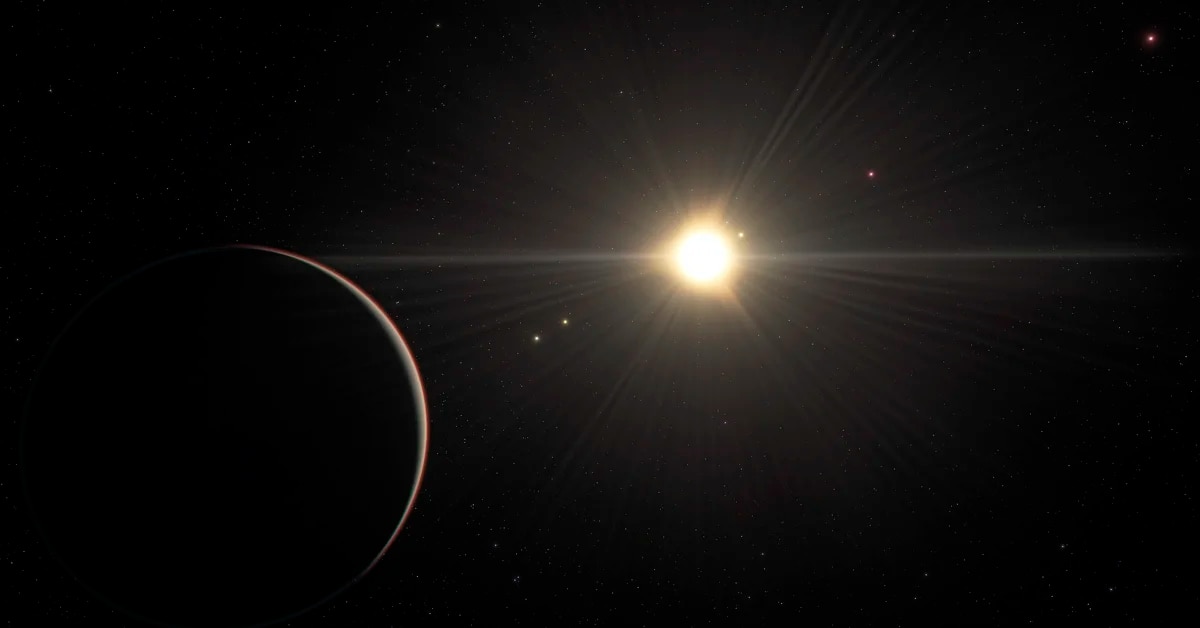 The five planets of this system, three of them with masses less than that of the Earth, are among the lightest exoplanets whose masses have been measured with the radial velocity method (NASA)

An international scientific team, led by the Instituto de Astrofísica do Espaço (IA) of Portugal and in which the Spanish Institute of Astrophysics of the Canary Islands (IAC) participates, has confirmed the discovery of five exoplanets in the same planetary system, two of them similar to Mercury.

It is a system with three super-earths and two super-mercuries around the cold star HD 23472, the IAC said in a statement, in which Susana Barros, a researcher at the Institute of Astrophysics and Space Sciences (IA), who has led the study, indicated that they wanted to observe this planetary system to characterize the composition of small planets.

Specifically, they wanted to study whether or not the existence of an atmosphere could be related to the evaporation of its outer layers due to the irradiation of the star.

But, “surprisingly”, they have discovered that this system is composed of three super-Earths with a significant atmosphere, and two supermercuries, which are the closest planets to the star, he points out.

The five planets of this system, three of them with masses lower than that of the Earth, are among the lightest exoplanets whose masses have been measured by the radial velocity method.

This technique detects small variations in the speed of the star in the line of sight due to the movement that an orbiting planet induces on it.

The discovery has been possible thanks to the high precision of the ESPRESSO spectrograph, installed on the Very Large Telescope (VLT), of the European Southern Observatory (ESO), in Chile.

The discovery of other dense planets, similar to Mercury, around other stars is key to understanding the formation of this type of object, explained the IAC. EFE/L. Calçada/spaceengine.org/Courtesy photo

As explained by the IAC, super-Earths and supermercuries are analogs of higher mass of Earth and Mercury according to their composition, and differ in that supermercuries have a higher iron content, especially in their core.

These types of exoplanets are very rare, and in fact only eight are known, including the two newly discoveredis added in the statement.

Mercury is one of the densest planets in the solar system and the reason why it has a relatively larger and more massive core than that of Earth and the other planets is unknown.

The general belief is that a body of high dimensions impacted against the planet and eliminated most of its original mantle.

Another theory holds that since Mercury is the hottest planet, its high temperature could have evaporated part of its mantle.

The discovery of other dense planets, similar to Mercury, around other stars is clave to understand the formation of this type of objects, explained the IAC.

He adds that precisely the finding of two supermercuries in the same planetary system, instead of one, offers scientists a revealing picture.

For the research team, this is just a first step to achieve their ultimate goal: to find another Earth. (AFP)

“For the first time, using the ESPRESSO spectrograph, we have discovered a system with two supermercuries, which helps us understand how these planets formed,” said Alejandro Suárez, IAC researcher and co-author of this study.

See also  After breaking up with her husband, Karina fulfilled her fantasies of group sex: "That night we did everything" | Life

The chance of a large impact creating a supermercury is very remote, so two large impacts in the same system seems unlikely, he said.

To understand how these two supermercuries have been formed, it will be necessary to continue characterizing the composition of these planets”, commented Jonay González, researcher at the IAC and co-author of the study.

“The future Extremely Large Telescope (ELT) and its first-generation high-resolution spectrograph, ANDES, will for the first time provide the sensitivity and precision needed to probe the composition of its surface and its possible atmosphere, if it had one,” he stressed.

For the research team, this is just a first step to achieve their ultimate goal: to find another Earth.

The existence of an atmosphere would allow us to know the formation and evolution of the planetary system and also has implications for the habitability of the planetsand Barros indicated that they would like to extend this type of study to planets with longer periods that have more favorable temperatures.

(with information from EFE)