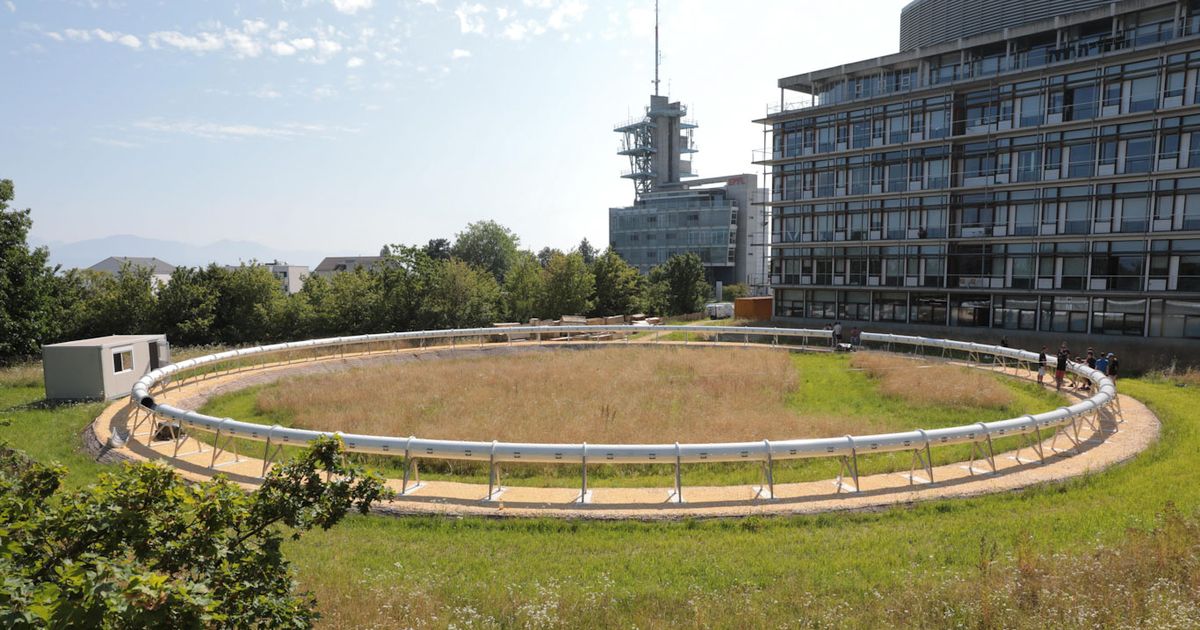 EPFL and the start-up Swisspod are currently building a circular Hyperloop test bench on campus. It will be the first to be operational in Europe and it is about testing and improving the technology of ultra-fast vacuum transport.

The Hyperloop system, cleaner than the plane and faster than the train, could revolutionize long-distance mobility, writes EPFL on Friday in a press release. Projects are multiplying across the world and the Lausanne university is not left out.

The aluminum cast ring being assembled. [Murielle Gerber – EPFL]This circular test bench 40 meters in diameter and 120 meters long will be used to validate the hypotheses necessary for the realization of a Hyperloop system, both from the point of view of the infrastructure and the transport capsule.

The infrastructure is in the form of a cast aluminum ring, packed with sensors. Designed and managed by the Distributed Electrical Systems Laboratory (DESL), it should make it possible to simulate an infinite Hyperloop track at a scale of 1 to 6.

>> Read also: EPFL researchers give up speed contests for Hyperloop

The challenge of the propulsion system

One of Hyperloop’s big challenges is the propulsion system. To reduce the cost, the idea is that it is not the infrastructure, but the vehicle that transports the energy necessary for its propulsion. This vehicle would then be equipped with a linear motor, but significant technological developments are still necessary to achieve this goal, recognizes EPFL.

The test track will test and validate a new linear induction motor, developed as part of the Limitless project, supported by an Innosuisse grant.

It will also be a question of studying and optimizing the fundamental aspects of electromagnetic propulsion and capsule levitation. According to the start-up Swisspod, quoted in the press release, a solution could be put on the market within four to five years.

Gathered withinEPFLoop, around fifteen students from various faculties are also collaborating on this project through semester or master’s work.