Henryk Gołębiewski he came from a large family and was the youngest of nine children. As he mentioned in later interviews, maybe the house was poor, but it was also fun, and the older ones looked after the younger ones, they also made trouble in the yard together. It was there that a group of kids was noticed by the creator of youth films, Janusz Nasfeter. He invited noisy neighbors for an audition. Out of the entire group, only the teenage Henryk Gołębiewski got the role.

“Abel, your brother” in 1970 was the first production they met on. It was a film debut for Gołębiewski, and Łobodziński had previously appeared in a small role in the Soviet film “Big Boy”. “Abel, Your Brother” was a psychological drama about a sensitive boy who tries to fight his mother’s overprotection and win the sympathy of his new classmates. The director was Gołębiewski’s neighbor – Janusz Nasfeter. 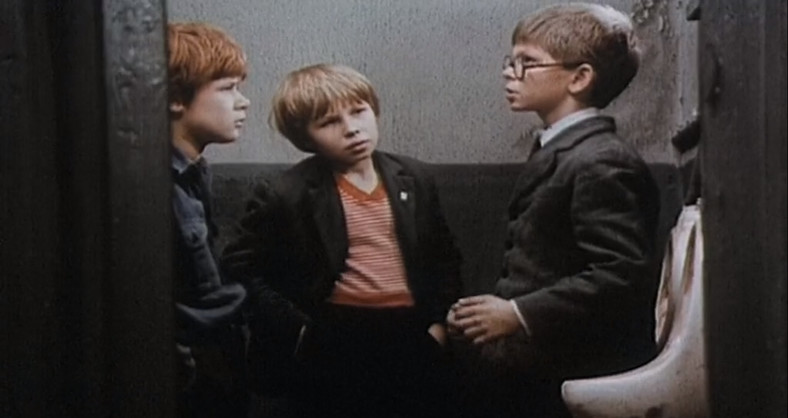 Then there were the most famous productions with their participation – “A journey for one smile” where they played the roles of Duduś and Poldek and “I bet on Tolek Banana”. They were especially fond of viewers as two completely different boys hitchhiking together through Poland.

Photo sets and scenarios: that’s not their story

Although an acting career was open to him, Filip Łobodziński did not associate his future with cinema, television or even theater. In one of the interviews, he said that working on the set stressed him, caused him bad emotions and problems at school. In 1979, he starred in the movie “Mouse”, and then he finally gave up acting. Duduś’s shadow trailed behind him for many years. Łobodziński admitted in interviews that in his adult life he often heard cries of “Duduś!” and they were not always pleasantly marked.

Still from the film “Before the Day Comes” (1977) Pictured: Zdzisław Kozień, Henryk Gołębiewski and Anna Nehrebecka

Henryk Gołębiewski, unlike his colleague from the set, did not completely give up his performances. It was still mainly an adventure for him, because he was not going to go to drama school, and it was fun. The money from subsequent episodic roles allowed the already grown-up Poldek to have a good time. However, contrary to what was written about him a dozen or so years ago, he never hit the bottom. In 2008, he appeared in the famous film “Edi” by Piotr Trzaskalski, where he delighted the audience and critics, but also he was labeled an actor with the face of an alcoholic or a homeless person. 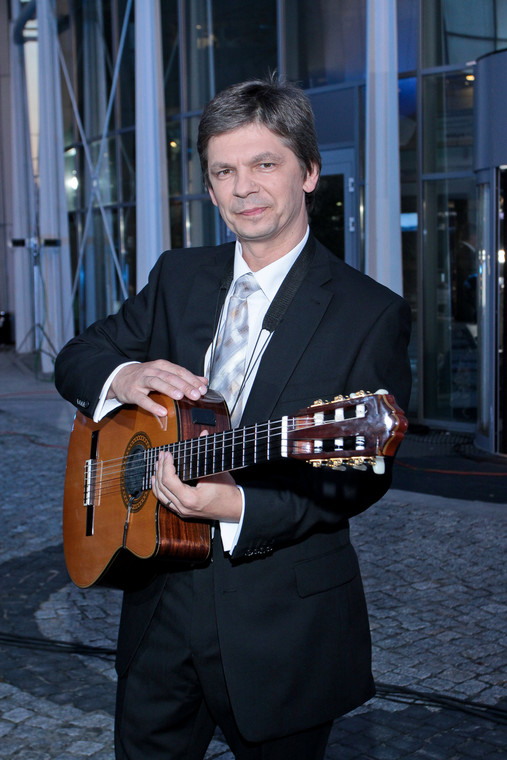 In his adult life, Filip Łobodziński wanted to become a journalist and translator. He studied Iberian Studies at the University of Warsaw. He worked as a journalist at TVN, Polsat News, TVP i radio station “Trójka”, he wrote articles incl. for the monthly “Rock’n’Roll”, “Non Stop” and “Machina”. He has translated over 30 books, and the next years of kids are brought up on his translations of songs from animations and Disney films – recently “Aladdin” and “The Lion King”.

The article continues is located under the video.

Music is his great passion – together with another journalist, Jarosław Gugała, he performs under the name Zespół Reprezentacyjny. They have already recorded six albums together. Łobodziński is also the author of the lyrics to the songs of Justyna Steczkowska, Małgorzata Walewska and Anna Serafińska. Books he has translated include autobiographies of famous musicians including Miles Davies, AC / DC’s Brian Johnson, and John Coltrane, as well as poems and songs Patti Smith or Bob Dylan.

As if that was not enough, Łobodziński came close to politics. For several years he worked for the Department of Social Communication of the Ministry of the Interior and in the Press Department of the Supreme Audit Office. As he said himself, he was involved in translating letters from “official language into Polish”. 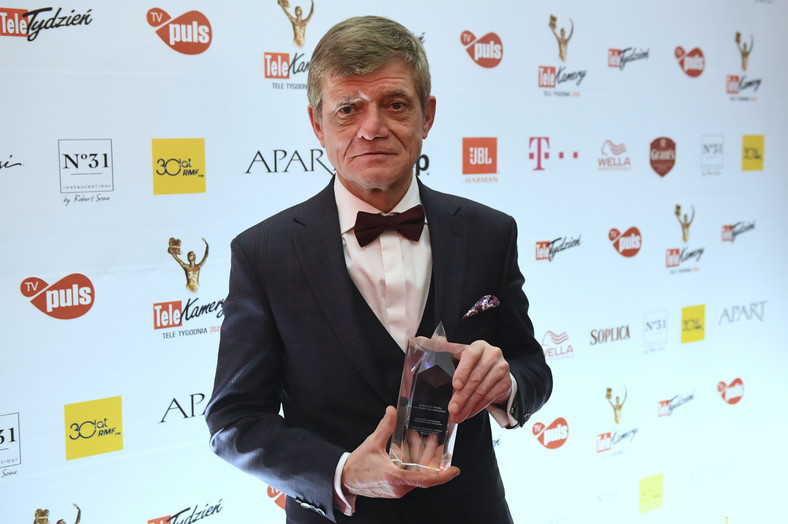 Henryk Gołębiewski, winner of the Crystal Star, during the final gala of the Telekamera “Tele Tygodnia” plebiscite in 2020.

Before fate prepared him a film career, Henryk Gołębiewski planned to follow in his father’s footsteps and become a room painter. When, at last, proposals for larger film roles stopped appearing as often as before, the film Poldek turned to construction. For over 20 years he has worked in renovations and construction sites, as well as a locksmith and glazier. However, you could still see him occasionally as a taxi driver, thug, soldier or – of course – a drunk in the second or third set of a series.

See also  this is Ayayi, the new hyper-realistic figure of the Chinese digital scene

Gołębiewski did not want to come back to playing, but one day he met producer Jerzy Gudejka, who offered him a role in the series “God’s lining”. Then “Edi” came and Henryk Gołębiewski returned to playing regularly. For several years, he has appeared in the series “Świat according to Kiepskich” and the paradocument “Lombard. Life under the pledge”. Although he currently has many offers, he has long since taken care of his second profession – he works in a company that assembles air conditioning systems.

Hand in hand with his rich professional life, Filip Łobodziński led a successful family life. He has two daughters. Unfortunately, in 2015, one of them was diagnosed with brain glioma. Marysia, who was less than 21 years old, died, and the journalist could not recover from this loss for a long time. It wasn’t until three years later that he managed to talk openly about what his family was going through for months after this terrible diagnosis. His former teammate also experienced a similar tragedy. 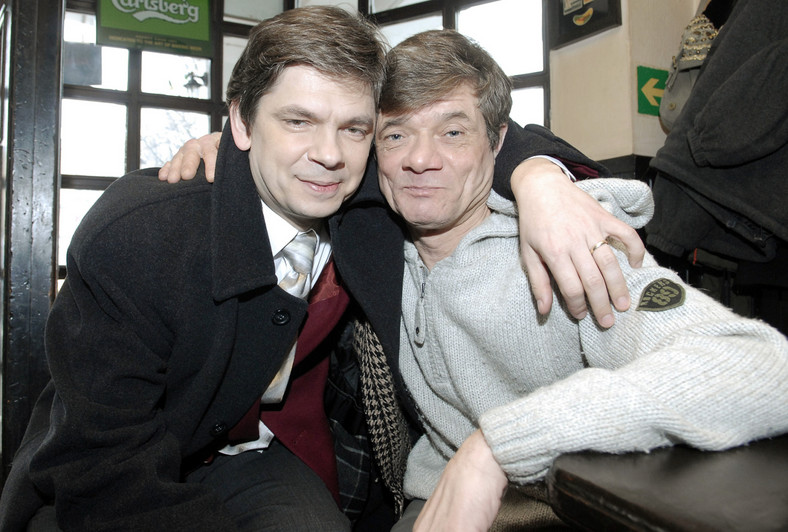 Although Gołębiewski assured that he was never at the bottom, it was a moment in his life when the tragedy struck unexpectedly and hard. During the work on the set of “Edi”, the actor learned that his partner Mira, with whom he spent 18 years of his life, had died. Although it was extremely difficult for him to recover from this blow, thanks to the great help of the film crew, he survived. A few years later, he met Marzenna, with whom he married, and he had a daughter, Róża. The girl appeared with her father in several episodes of “Lombard” – as if she wanted to look for her film adventure.