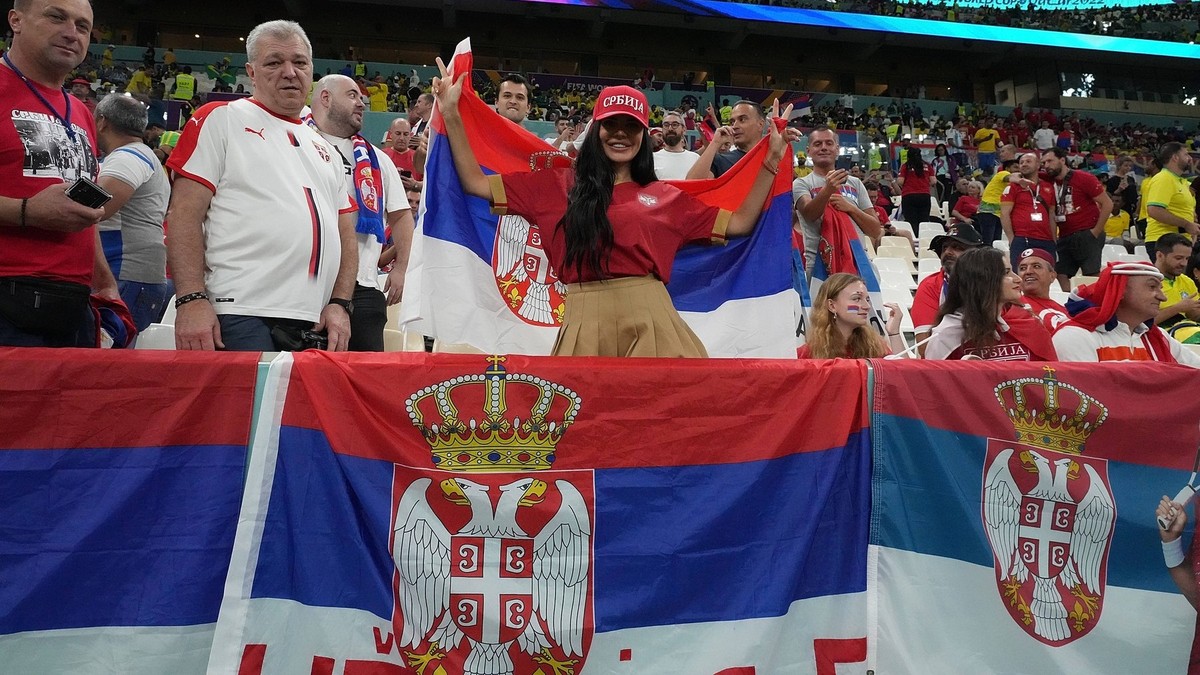 A banner insulting Kosovo was caught in the Serbian dressing room ahead of Serbia’s World Cup match in Qatar on Thursday. Representatives of the Football Federation of Kosovo are asking FIFA to punish the Serbs.

The Football Federation of Kosovo (FFK) has filed a complaint with FIFA over a banner displayed in the dressing room of the Serbian national team in Qatar on Thursday. Kosovo has been a member of FIFA since 2016.

The banner was reportedly taken before Serbia’s match against Brazil in the first round of the World Cup in Qatar on Thursday. The banner shows a map of Kosovo with a Serbian flag and the inscription “No sale”, translated as “No surrender”. This slogan is a reference to the Serbs in northern Kosovo. In the end, the Serbians lost to Brazil 0:2.

A lot of fans in the audience during the match also had this and similar banners. Kosovo declared independence from Serbia in 2008. However, Serbia does not recognize their independence, as do several other UN members.

FFK called the banner aggressive and unacceptable. “Such chauvinistic acts have no place at sporting events, let alone in the premises where the biggest event in world football takes place,” reads the statement of the Kosovo Association. “FFK, as an equal member of FIFA, demands that this institution adopt sanctioning measures against acts that incite hatred between people and are contrary to human values,” is further stated in the statement.

Kosovo’s Sports Minister Hajrulla Ceku also condemned the situation and called on FIFA to act: “Disgraceful images from the Serbian dressing room show hateful, xenophobic and genocidal messages towards Kosovo and use the platform of the World Cup.“

​The topic of Kosovo was already discussed at the last World Cup in connection with Granit Xhaka and Xherdan Shaqiri, who celebrated their goals against Serbia with the gesture of a double-headed eagle, which symbolizes the Albanian flag, because Kosovo is predominantly inhabited by Albanians. These players with Kosovar roots were fined by FIFA for their gestures.

Watch how Serbia lost to Brazil: