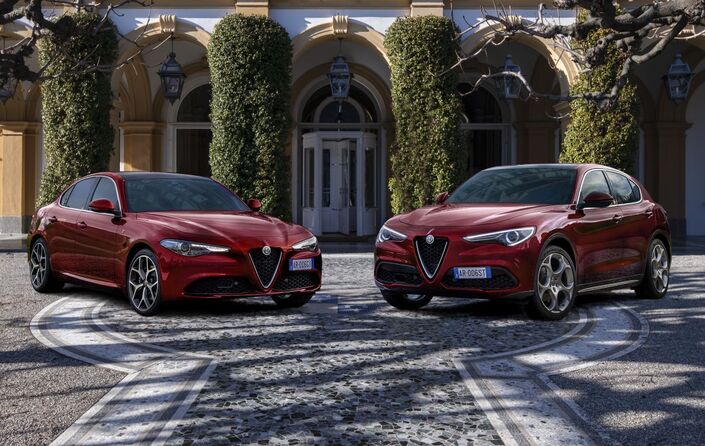 Another special series for Giulia and Stelvio ! For Alfa Romeo, it’s a way of remaking talk about the two models that remain in its catalog, before the highly anticipated launch of the Tonale compact SUV (in June 2022).

This limited series is called 6C Villa d’Este. It hurts the 6C 2500 SS Villa d’Este, which the brand describes as “an icon of the style of the 1940s”. If the model saw the light of day in 1939, it was distinguished at the Concours d’Elegance at Villa d’Este, Italy, ten years later. 36 copies were produced.

The special series will also play the card of rarity, since only 30 copies will be available in France. The starting finish is the sporty Ti. The Giulia and the Stelvio receive here a three-layer Etna red paint, inspired by that of the 6C. The window surrounds are chrome. The SUV receives new 21-inch rims.

On board, we find full grain beige leather upholstery and real wood inserts. The front headrests have an embroidery with the Alfa logo and the mention 6C Villa d’Este. We find it on the dashboard, dressed in leather.