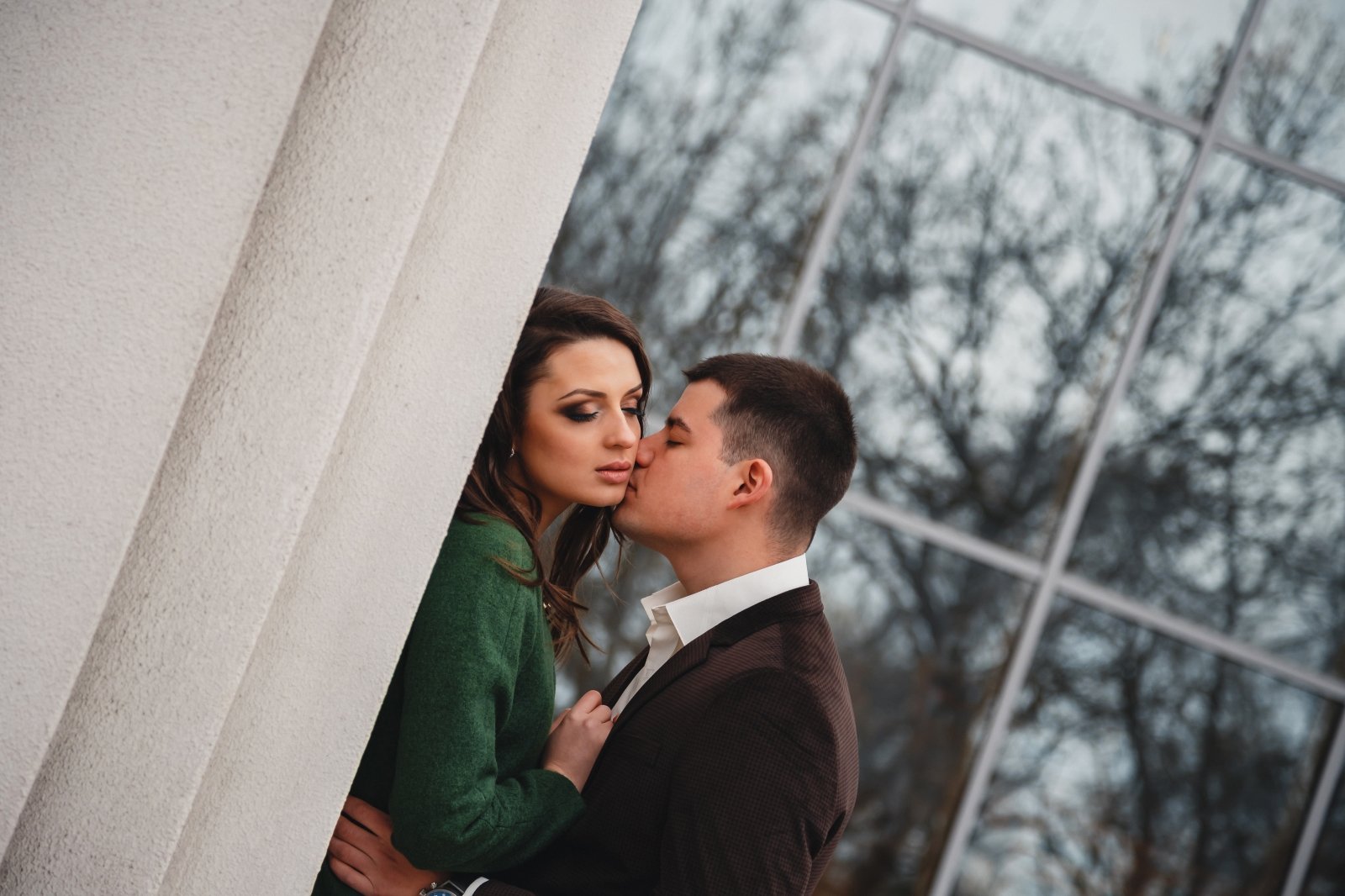 I often looked at couples and wondered why I didn’t have someone like that in my life.

I was quite a beautiful woman, I still am. I got attention from men, but something was missing – that flutter in my stomach. As time passed, my frustration grew and I decided to try dating sites. What is wrong here? After all, now is the age of the Internet, everyone is online.

I signed up for one on a dating site. I got texted, got various offers, but nothing interesting until I saw him. It’s hard to put into words what I felt when I saw his photo for the first time. I’ve been waiting for that feeling, that lightning for half my life. Looking at me from the photo was a handsome man with black hair, brown eyes and a charming smile.

To my great disappointment, I noticed that he is not Lithuanian. He had marked the location – Cyprus. A foreigner, but that’s okay, they’re human too. I didn’t write to him, although I really wanted to, but I didn’t have the courage at that moment. I sat and thought – there are so many beautiful girls here, such a man will never pay attention to an ordinary woman who does not even show her chest in the photo like other women. I can’t even tell you how surprised and happy I was when he wrote to me first. I thought, he chose me, I was in heaven.

We started talking, I found out that he is going to come to Lithuania for six months. I realized one thing, although he told me he was from Cyprus, I realized that I was talking to a Turk. I was angry, but when I thought about it, well, maybe a person is careful. Also, Turks are not very popular in our country. So we kept talking. I talked to a Turk…

See also  Elina Costantini at her residence in Nordelta: "I am a classic woman"

At first, the conversations were rare, non-committal. But with every conversation, with every word, we were more and more drawn to each other. Conversations became frequent, then daily. I looked forward to his message everyday like nothing else. During our interaction I noticed that his character is not easy – in fact, very difficult. But that’s me did not deter.

Time passed, we continued to communicate. We got angry, stopped talking. Two weeks later he wrote to me again. We talked again. I have to say, I’ve never felt that way. I felt like I had met my soulmate. I started to have very strong feelings for him and it started to scare me. Admittedly, I had a secret I didn’t tell him.

I was sick. Yes, I know, it was not necessary to look for acquaintances when you were sick. But I really didn’t think it would go this far. I had thyroid problems (I didn’t know it was thyroid at the time). One doctor said it was cancer. I was going crazy, of course, he noticed. We have been in touch for almost two years. During that time, I rejected him many times out of fear. He also left me, but we always came back to each other. I just couldn’t imagine my life without him anymore and it was tearing me apart knowing I would have to leave him.

Our first meeting took place at twelve o’clock at night, in Lithuania, in my aunt’s staircase. It was raining the night he arrived. I remember everything. His brown eyes looking at me, his smell, his hugs, his kisses. I remember the pain of pushing him away that night. I had no choice, the man of my dreams was standing in front of me, but I couldn’t be with him because of my illness, which he knew nothing about.

Of course, he was angry with me, he had been waiting for that meeting for almost two years. Me too. Then he calmed down. A day later he asked me what was wrong with me. I couldn’t take it anymore and wrote him the whole truth. We corresponded on WhatsApp. The answer was… silence.

The ground was slipping from under my feet, tears were flowing, I confessed to him that I could die, and he didn’t answer me anything. The acquaintance was over, or so I thought at the time. I cried for him like no other man.

It was time for surgery, I was operated on. I was healthy and alive. I’ve seen him online a few times, but we haven’t been in touch. My conscience gnawed at me, I thought that maybe if I hadn’t been sick or lied, everything would have been different. One day I came to know about his wedding. I admit, I didn’t believe it right away. Again the ground slipped from under his feet.

I thought and decided to write to him via messenger. I decided to congratulate him, I thought that if he is already married, maybe he will finally be able to forgive me. A few days later I received his reply. He wrote to me that he is not actually married. We chatted briefly. In that short conversation, he managed to humiliate me like no one else has ever done. I felt hurt and so angry that it even became scary.

I also felt ashamed that I once loved this person unconditionally. And a part of me will love him forever, I know that. I didn’t hold back, I thanked him for the conversation and for making it clear what he thought about me. Those were my last words to this man. I know that I will never see or hear from him again, I know that I will never meet another person for whom I feel something like that. I no longer exist for that person, and neither does he for me. I will never write to him again, and he to me, there will be no more conversations and butterflies.

My illness, lies and lack of communication separated us. Was it real? Yes, it was. Even now, as I write these words and my blood boils in my veins, my heart breaks with pain, because I know that I will neither see nor hear my love. I must cut that person out of my life for good, just like he cut me out.