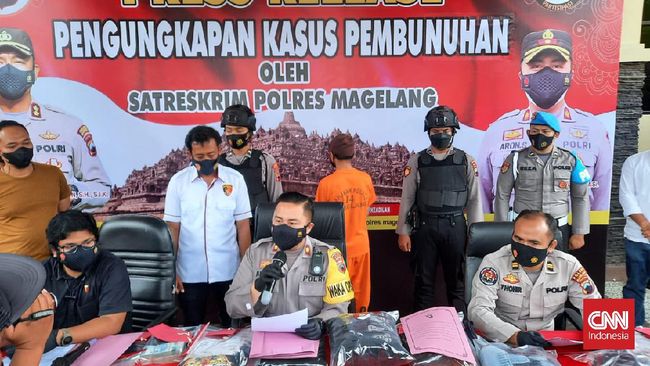 A resident of Magelang, Central Java, known to the locals as a money-multiplier shaman with the initials IS, poisoned three of his patients with cyanide to death. So far the police have arrested IS and named a suspect.

“So the IS suspect is a shaman and is believed to be able to double the money. The victim himself has come to IS four times,” said Magelang Police Chief AKBP M. Sajarod Sakun.

The actions taken by IS against the victim were discovered after the police conducted an investigation into two victims with the initials L (31) and W (38), residents of Sukomakmur Kajoran Magelang Village, who were found dead in the car he was riding on Wednesday (10/11) last night.

From the examination at the crime scene, the police found that the two victims, who were brothers-in-law, had foam in their mouths.

One victim was in the steering wheel position and another victim was lying on the side of the road near the car.

The two victims were taken to the Muntilan Hospital for an autopsy by the Health and Forensic Team. The autopsy results showed that the victim’s body contained cyanide, which is believed to have caused the victim’s death.

“Immediately we are moving into the investigation. The field team is asking for statements from a number of witnesses,” said Head of Criminal Investigation Unit of the Magelang Police, AKP Alfan.

From the statement of the victim’s family, the police had received information that the last victim said goodbye to IS’s house while carrying Rp25 million in cash. The money is the proceeds from the sale of the car.

After that, the police went to the IS residence. Several items of evidence were found, such as money belonging to the victim worth Rp. 25 million and plastic used for cyanide packaging. IS then arrested and confessed his actions.

Police said the victim had visited IS four times because he needed money. They asked for the money to be doubled.

Previously, the victim had deposited hundreds of thousands of Rupiah and then returned it in doubled amounts. Likewise when it comes to the second and third time.

When he came to IS for the fourth time, the victim brought Rp. 25 million in the hope that he could earn more. IS then asked the victims to drink water that had been mixed with cyanide until they died.

In December 2020, IS also poisoned a patient to death. Thus, there have been three victims killed by IS with cyanide.

For his actions, IS is subject to Article 340 of the Criminal Code concerning premeditated murder with the threat of death or life imprisonment.