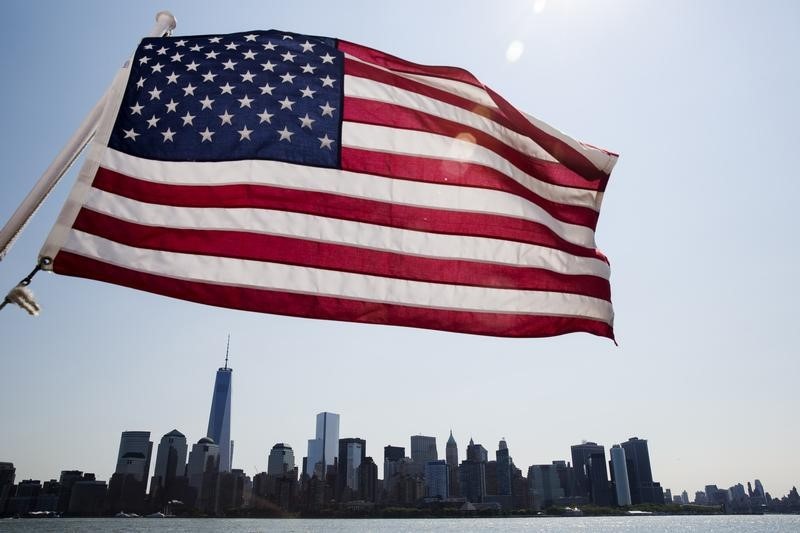 Investing.com – A few hours before the release, US home sales data missed expectations, posting consecutive declines, as the data pointed to a recession in general and real estate in particular.

The data also indicates that buyers are losing confidence in their economy, especially with mortgage rates rising for the first time since 2008, which makes the 2008 crisis looming and heralds a major real estate bubble.

Currency traders are watching the home data closely, as it is the first indicator to be published of the month on demand in the real estate sector. Selling a home also means real estate agencies get commissions, and homeowners often buy new items for their homes such as tools and furniture soon after they buy a home. The downward trend of this report has a negative impact on the country’s economy as the increase in home purchases from consumers means that they are in a state of confidence and optimism in their financial situation.

The US 30-year fixed-rate mortgage jumped to 6.25% last week, the fifth consecutive advance and the highest since October 2008, illustrating a growing challenge for the housing market.

The Mortgage Bankers Association figures, on Wednesday, showed that the rate rose by about a quarter of a percentage point, the most since mid-June.

stagnation of the real estate market

The rapid rise in mortgage rates this year has stagnated the US housing market, depressing sales and putting pressure on home prices.

Last week, Freddie Mac data, released on Thursday, showed that the 30-year average loan crossed the 6% threshold for the first time since 2008, threatening a long-term recession for the US real estate market and looming the 2008 real estate crisis.

Meanwhile, home purchase orders are down nearly 30% from a year ago, while refinancing is down nearly 83%.

In 2021, 38 states had 10% larger house price growth compared to 26 states in 2005. So national house price growth today is more extreme than it was in 2005 and 2006, so is the recession intensifying and later exacerbating to cause A real estate bubble collapses in the economy? We don’t know yet.

Concentrated bubbles in 2005 were larger, but today they are massive, does that mean they will be worse than the 2008 disaster?

Sales volume is totally collapsing today and there are no signs of slowing down, and new home sales are down 51% since August 2020.

It should be noted that in 2008 sales fell by 70% after the onset of the recession and after several credit events. We’re down 51% so far with no job losses and no credit events, so the indicators are worse than before.

Today’s bubble revolves around record liquidity growth that has been channeled into financial assets versus loans. When large corporations began accessing the single-family home market, housing became just another financial asset and an easy recipient of this excess liquidity that had historically been trapped in the stock market.

Real money growth never contracted or slowed below 0% when the 2006 housing bubble popped, not until mid-2008. But today, liquidity is dropping sharply as the Federal Reserve pulls money out of the system to correct an ongoing inflation problem.

The 2008 crisis started as a housing problem, but turned into a banking crisis. Today, we have housing data that, by most measures, is on track to be similar to 2008. We find that we have a much larger debt problem in the federal government, and family debt is concentrated in what we call consumer debt, especially student loans and auto loans, not a lot of mortgage debt.

The Fed and calm prices .. But the market is about to stagnate

Rising home prices and rising mortgage rates this year have pushed home ownership out of the reach of many potential buyers. The decline was rapid and severe, with a raft of measures indicating weak sales and construction activity, which portends a market stagnation.

The Fed’s efforts to reduce inflation led to an increase in mortgage rates, which cast a shadow over the housing market and made the market slowly decline.

With mortgage rates at their highest levels since 2008, this has exacerbated affordability challenges as well as rising home prices. While higher rates are expected to make borrowing costs more expensive, it could ease demand for homes and possibly ease price pressures.

See also  Dramatic measures against the power crisis in Europe

This is what Fed Chairman Jerome Powell, who previously told Congress, predicted that the housing market is slowing and housing prices could fall fairly quickly. The Federal Reserve raises interest rates to cool broad-based demand in the economy, including housing, to tame decades-high inflation.