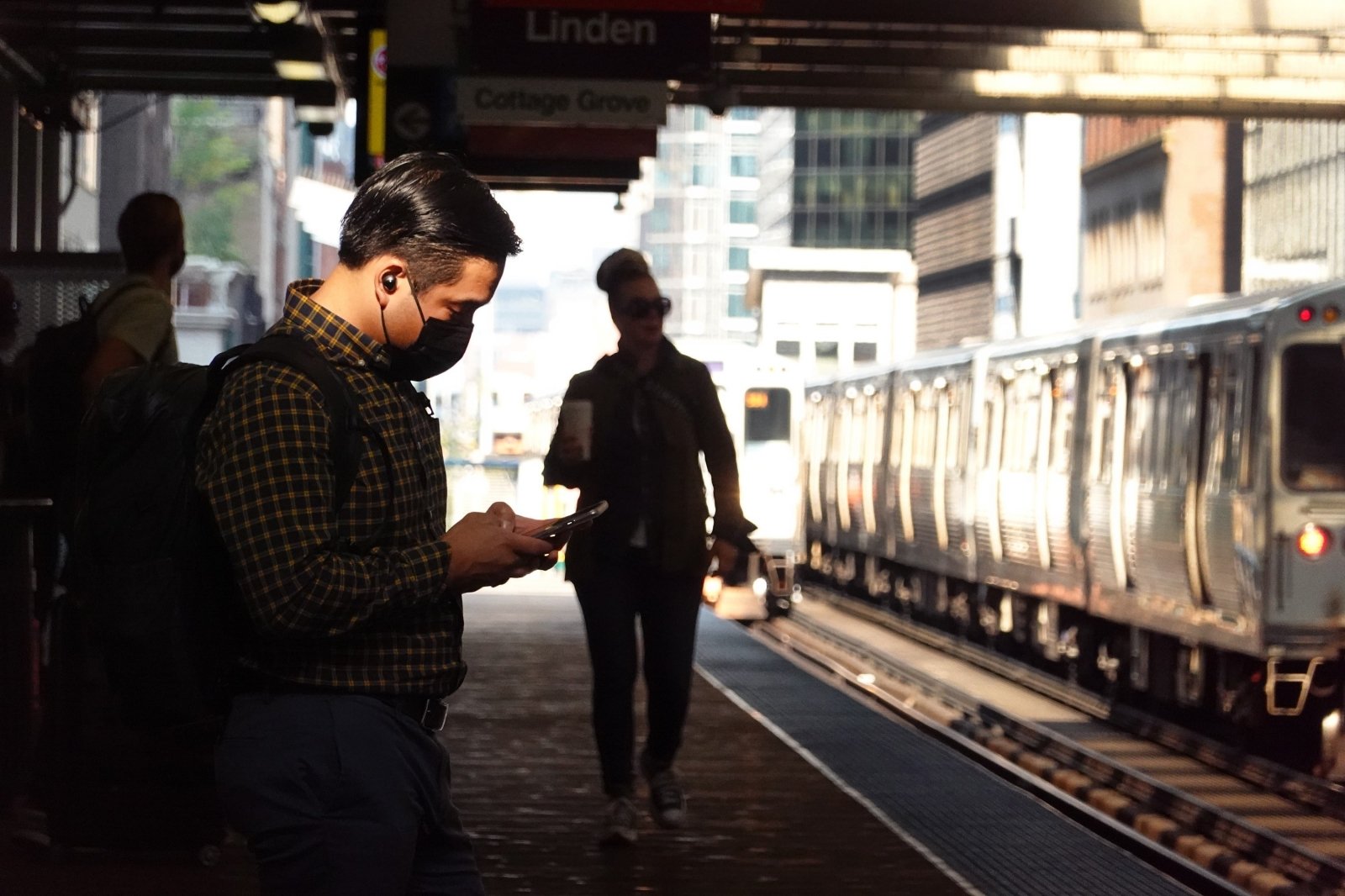 If approved by the pharmacovigilance agencies, it will be the first pill to treat COVID-19, and the weapons arsenal that already includes vaccines will be supplemented with a completely new and easy-to-use tool.

“I can say that we will definitely consider launching further expertise on this medicine in the coming days,” Marco Cavaleri, head of vaccine strategy at the European Medicines Agency (EMA), told reporters. According to Cavaleri, the Amsterdam-based agency is aware of “the highest results reported by the company.”

The US pharmaceutical company Merck has indicated that it will soon contact US and worldwide health officials for permission to use the drug. Following this referral, the U.S. Food and Drug Administration may make a decision within a few weeks, and the drug, if approved, will be able to reach patients quickly.

All other COVID-19 approved products in the United States are currently administered intravenously or by injection. Pills that can be taken at home would ease the burden on hospitals and curb outbreaks of infection in poorer and more remote corners of the world that do not have access to more expensive infusion therapy.

“It would allow us to heal more people much faster, and we believe it would be much cheaper,” said Dr. William Schaffner, an infectious disease specialist at Vanderbilt University who was not involved in the study.

According to Merck and its partner Ridgeback Biotherapeutics, early results showed that among patients who took Molnupiravir in the first five days of symptoms, hospitalization and deaths were halved compared with those who received placebo.

The study looked at 775 adults with mild to moderate COVID-19, but who were at risk for health problems such as obesity, diabetes or heart disease. These results have not yet been reviewed by independent experts, although this is the usual procedure for any new medical examination.

Of the patients who took Molnupiravir, 7.3% was hospitalized or died within 30 days. In the placebo group, such patients accounted for 14.1%. After 30 days, the deaths of people who took the new drug were no longer recorded, although eight more people died in the placebo group, Merck noted.

The results were so convincing that one group of independent medical experts who observed the study recommended that it be terminated prematurely.

Company executives have indicated that they plan to submit this data to the Food and Drug Administration in the coming days.

However, even with the spread of knowledge about a potentially effective new drug, experts stress the importance of vaccines in controlling a pandemic, as they help prevent the virus from spreading and protect those who are still infected from severe forms of the disease.

White House coronavirus coordinator Jeff Zients noted that vaccination will continue to be the government’s main strategy for controlling a pandemic. “We want to protect ourselves from infections, not just treat them when we get infected,” he said.

Merck only tested its medicine with people who had not been vaccinated. However, Food and Drug Administration officials may also allow the use of this drug in vaccinated patients who experience symptoms of COVID-19.

Andrew Pekosz of Johns Hopkins University predicted that eventually vaccines and antiviral drugs would work together to protect against the worst effects of COVID-19.

“This drug should not be seen as a substitute for vaccines – the two measures should be seen as two strategies that can be used together to significantly reduce severe cases,” said virologist Pekosz.

Patients should take four Molnupiravir pills twice a day for five days in a row. In the Merck study, side effects were reported in both groups, but were slightly more common in the placebo group. What the problems are, the pharmaceutical company did not detail.

Previous studies have shown that this medicine has not helped patients who have already been treated in hospital for severe forms of the disease. This is no surprise, given that antiviral drugs are most effective when the virus is not yet present in the body.

See also  Coronavirus latest news. Germany to public stop in stadiums throughout 2020. Over 24 million infections in the world

The United States has approved one antiviral drug for COVID-19, remdesivir, and has allowed three antibody therapies to help the immune system fight the virus. However, all of these drugs are expensive and can only be administered or infused intravenously in hospitals or clinics. Not only that, due to the outbreak of the latest delta variant, their stocks are rapidly depleting.

Studies have shown that antibody preparations for high-risk patients reduce hospitalizations and deaths by about 70 percent. – about 20 percent. more than Merck pills. However, experts warn against comparing these drugs, as Merck’s data are only preliminary.

Health experts, including Fauci, have long called for the development of easy-to-use pills that patients can take as soon as the first symptoms of COVID-19 appear, similar to some drugs that help heal the flu faster.

Like other antiviral medicines, Merck pills interfere with the virus’s ability to copy its genetic code, preventing it from multiplying.

The U.S. government has pledged to buy enough pills to cure 1.7 million. people, subject to approval by the Food and Drug Administration. Merck says it could produce 10 million pills by the end of the year. patients and already have contracts with governments around the world. The company has not yet announced the price of this drug.

Similar drugs are being investigated by several other pharmaceutical companies, including Pfizer and Roche. They may publish their results in the coming weeks or months.

Until the independent board discontinued the study prematurely, Merck intended to include more than 1,500 patients in its late-stage studies. Results reported on Friday included patients in Latin America, Europe and Africa. About 10 percent. the patients observed were from the United States.

This tablet may change the fate of the drug manufacturer

Merck & Co. did not portray as one of the key players in the COVID-19 epic. The company twice tried unsuccessfully to develop a vaccine and gave up the drug, which it bought for 425 million. a dollar-worthy deal a few months ago. The COVID-19 tablet she developed could be the key to a turning point in this story, writesBloomberg“.

Merck’s Molnupiravir, which it is developing in collaboration with private company Ridgeback Biotherapeutics LP, has halved the risk of hospitalization or death, as shown by late-stage clinical trials. If successful, Molnupiravir would be the first antiviral tablet on the market specifically designed to treat COVID-19.

Other major medicines available must be administered in a hospital or infusion center, so they are usually not available to everyone except the most severe patients.

The market reacted to the following results: Merck shares rose 8.4 percent to $ 81.40 per share, the largest increase in five years. Umer Raffat, an analyst at investment banking company Evercore, questioned whether this could be a “turning point in the fight against COVID,” he said: “I don’t like hyperbolizing, but the data is really good.”

Even before the data was released, Mara Goldstein, an analyst at Mizuho Securities Co., said Molnupiravir could be a drug worth between $ 1 billion and $ 10 billion. Depending on how well it works and what side effects it causes.

The history of Molnupiravir began well before Merck’s involvement. The chemical compound on which it is based has been known for decades. It interferes with the replication of the virus and thus prevents a serious condition of the disease.

Molnupiravir does not stop the virus from making copies, but rather introduces errors into the virus’s RNA, which replicate until the virus stops functioning.

When Ridgeback became involved in the process, a researcher at Emory University studied the flu, initially hoping the drug would be effective in fighting the Ebola virus. In March 2020, when quarantine was just launched in the United States, Ridgeback announced its deal for Molnupiravir. Two months later, Merck announced a deal with Ridgeback.