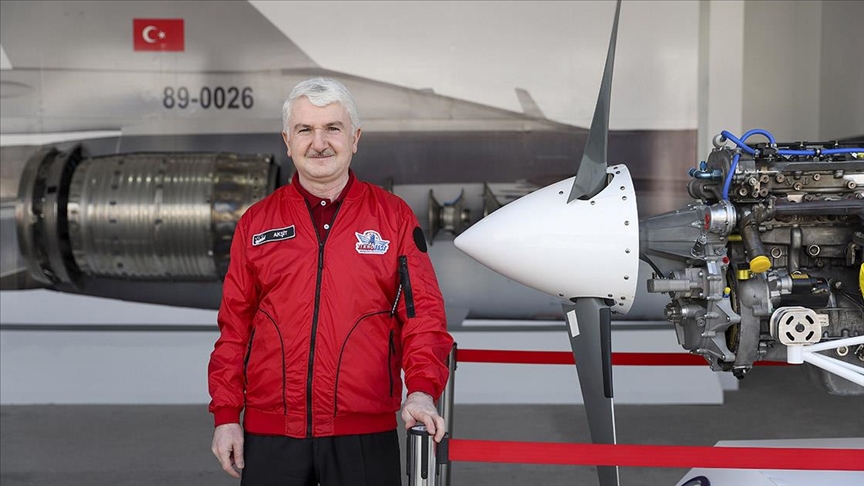 The prototype of the engine was shown for the first time at the Technovest Festival for Aviation and Space Technology.

The new engine is five kilograms lighter and 55 horsepower more powerful than the local PD170 engine, developed by the company, which is the first turbodiesel engine in Turkey.

In statements to Anadolu Agency, Professor Mahmud Faruk Akşit, Chairman of the Board of Directors of TUSA, said that the PD170 engine was developed to meet the needs of the Turkish “Phoenix” drone.

Aksit explained that the “Phoenix” march was initially powered by a 155-horsepower engine, imported from abroad, and there were some problems and obstacles in obtaining the engine from abroad.

He stated that the PD222ST engine was designed and produced by Turkish engineers and technicians, who developed it in a way that makes it able to operate easily at altitudes of up to 40,000 feet, with the lowest fuel consumption, making it the first in its class, as competing engines usually operate at an altitude of 25,000 feet.

Akshit added that after the main engine was manufactured, they developed engines derived from it with the same structure as the main engine in order to meet other needs.

See also  Bottas won the Turkish Grand Prix, and Verstappen returns to the top of the championship

He continued, “In this engine, we focused more on the power takeoff. We would like to equip the Turkish drone Bayraktar TP3 with this engine to be able to take off loaded with ammunition from a short runway on the deck of the local ship TCG Anadolu.

He added: We also increased the engine capacity from 170 horsepower, as in the PD 170 engine, to 225 horsepower. The engine can also work efficiently at high altitudes, but its power at altitudes of 40-35 thousand feet is less than the PD170 engine, which was originally designed to work efficiently with high-altitude drones to have the ability to maneuver in front of other drones, which gives it an additional combat advantage .

Aksit pointed out that the commercial production of the PD170 engine continues, and that they have so far produced 60 engines, some of which have been handed over to the Baykar Police for use with the Bayraktar TB3 unmanned aerial vehicle, and the C-type of the Akinci drone, pointing out that the engine is also used with the Aq Sungur drone.

He stressed that the engine has gone through long test periods and the improvement stages are continuing, and the test periods will continue for hundreds of hours, and we aim to reach the stage of commercial production in the middle of next year.