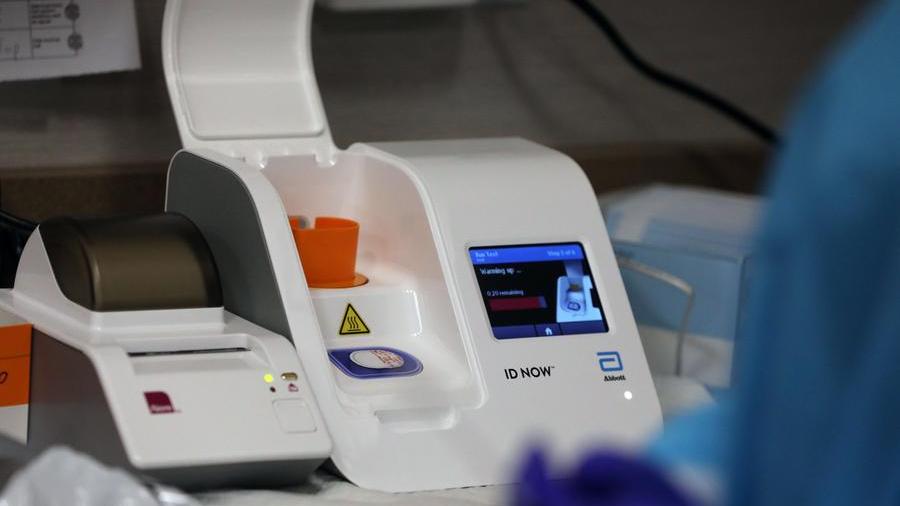 The Food and Drug Administration (Fda), the US agency that regulates drugs, has approved the first rapid test for the diagnosis of Covid-19. The results arrive within 15 minutes and can be read directly on a card, similar to that of some pregnancy tests.

It is an antigenic test (and not a molecular one, like the classic swab) and is the fourth of its kind for the diagnosis of the new coronavirus, for which the FDA authorized the emergency use between July and August. “This new test, which detects antigens, is an important new possibility that gives results in near real time,” comments Jeff Shuren, director of the FDA’s Center for Equipment and Radiological Health. To get the result, the health worker has to swab the patient’s nose and pass it over a test card, on which there is a reagent. After 15 minutes the result can be read: 1 negative line, two positive. It is accompanied by a smartphone app, which allows those who are negative to show a sort of temporary digital pass, which is renewed each time the person is tested, with the date of the result. The test is portable and can be used in doctor’s offices, emergency rooms or schools. It has been cleared for patients who the doctor suspects are Covid-19 within 7 days of the onset of symptoms. However, the FDA points out, since the tests that detect antigens are very specific but not as sensitive as the molecular ones, a negative result may have to be confirmed by a molecular one, or at least considering the patient’s condition.

The live map, this is how the coronavirus is spreading day by day around the world

The multinational Abbott, which produces it, has patented the name (BinaxNow): it should cost 5 dollars and, according to the Wall Street Journal, US President Donald Trump is ready to order 150 million samples. From October 50 million will be produced per month. The approval by the Food and Drug Administration gives wings to the stock of the pharmaceutical group, which on Wall Street earns 8.5%.