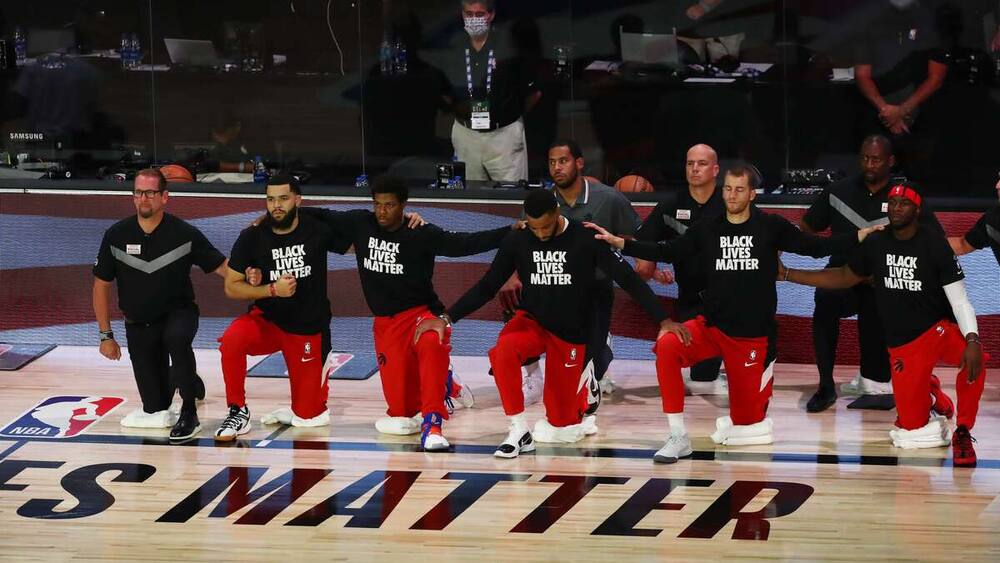 Heading into the start of their second-round series against the Boston Celtics, the Toronto Raptors discussed the idea of ​​boycotting upcoming games in support of Jacob Blake.

The 29-year-old African-American was shot seven times in the back by a police officer Sunday in Kenosha, Wisconsin. The man was unarmed and is now paralyzed.

News of the shooting quickly sparked protests in Wisconsin and across the United States, recalling what followed the murder of George Floyd a few months ago, not far away in Minneapolis.

On the Raptors side, Norman Powell and Fred VanVleet commented on the incident to the media on Tuesday. Both players said they were disgusted and emotionally on edge after viewing footage of the incident. A possible boycott of playoff games was discussed at the morning meeting, they revealed.

“I think we’ve started talking about it,” said Powell. I believe everyone is sitting down saying “Black Lives Matter” and having these conversations on Zoom. It doesn’t do the job. Putting a knee on the ground during the national anthem doesn’t do the job. It’s starting to fade into oblivion. ”

Despite the series against the Celtics set to kick off Thursday with the Raptors in full confidence, VanVleet admitted he was not very keen on playing after the events of the weekend.

“I was pretty excited, but after that we had to watch Jacob Blake get shot yesterday [dans la nuit de dimanche]. It changes the tone and it puts things in perspective. […] Nothing changes and here we are with another incident to discuss. My thoughts today [mardi] are with this man and his family, ”said VanVleet.