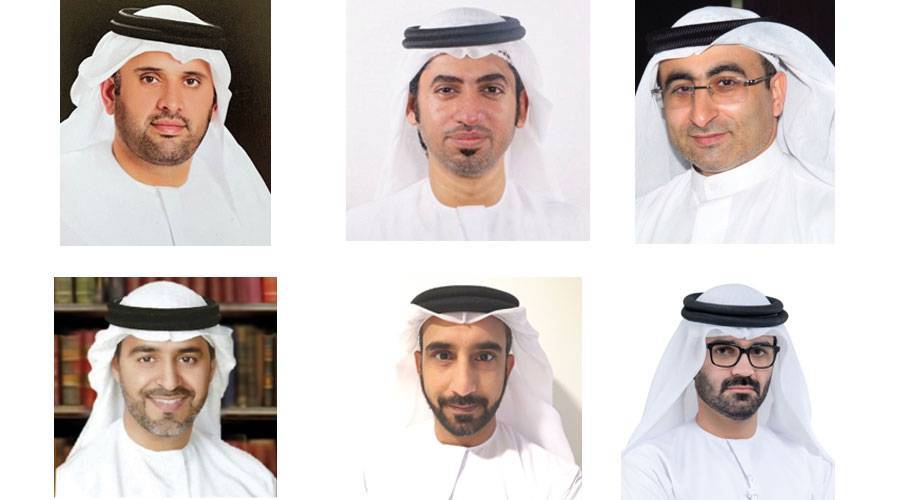 Academics confirmed that the leadership’s vision of the new cabinet formation is support for the 50-year plan; Where all possibilities have been harnessed to reach the UAE for the first positions globally in all sectors, and the new methodology is a qualitative addition to reflect the leadership thought of His Highness Sheikh Mohammed bin Rashid Al Maktoum, Vice President and Prime Minister of the UAE and Ruler of Dubai, who adopts an integrated concept for government work.

They pointed out that the message that His Highness set regarding shared responsibility places on everyone the duty to make sincere efforts to make this methodology successful, starting from the top of the ministerial hierarchy to the smallest employee to achieve the aspirations of the wise leadership for a country where everyone enjoys prosperity and stability, and that the government of fifty is proactive and exceptional in itself with a ceiling of achievement and ambition. He rose a lot and with a desire to be at the fore, Didn represents the challenge government, which is based on the efficiency of achievement and the dynamism in reaching the achievement of the strategic indicator as quickly as possible.

The academics indicated that the new methodology of government work announced by His Highness Sheikh Mohammed bin Rashid Al Maktoum, would remove barriers between government institutions and achieve integration between the main sectors in the country to achieve strategic projects in record times that cannot be achieved under the traditional bureaucratic system.

At the outset, Dr. Ahmed Ali Murad, Associate Deputy for Scientific Research at the United Arab Emirates University, believes that the UAE government is characterized by flexibility and the ability to change to achieve ambitions, and accelerate the pace of government work to achieve strategic indicators.

He adds: His Highness Sheikh Mohammed bin Rashid Al Maktoum announces the new cabinet formation, which comes after the document of the fiftieth principles and the declaration of packages of fifty development projects, and this in turn confirms the ambitious vision of the UAE to sit on the throne of global leadership and government excellence in various fields. In order to achieve the quality of life and the well-being of the citizen, and that the vision of “the impossible” adopted by the government led to the development of governmental and institutional frameworks that enhance the status of the state, and the new work methodology that came with the end of the projects and initiatives of the National Agenda 2021 based on speed of achievement and global adaptability to implement major transformational projects will be Emerging from well-thought-out and effective strategic plans.

On the other hand, he believes that the next stage, which is the early beginnings of the fiftieth year, will depend in some way on the previous national outputs and achievements to maximize the effectiveness and efficiency of government work. The next stage will witness an acceleration of achievements through flexible and effective plans that change with the changes, and are in line with the acceleration in research and development, noting that the 50-year government is proactive and exceptional in itself; Where the ceiling of achievement and ambition has risen a lot, as the desire to be at the fore is a challenge government, and the next stage in the new government approach is based on the efficiency of achievement and dynamism in reaching the achievement of the strategic indicator as quickly as possible. The new approach also emphasizes the approach of cooperation and the spirit of participation in achieving goals through different work teams that lead the development process for various future projects.

Dr. Ahmed Murad also believes that the UAE government is the government of the future that uses the future tools that lead it to achieve achievement, believing that staying in the forefront requires change and periodic review of institutional work, and changing what the vision of the future requires. Trust, renewal is its foundation and Zayed’s values ​​are its backbone, pointing out that accelerating the pace of achievement depends on defining national priorities for the next fifty years and the near future. The great achievements, all the success of the fiftieth government in realizing the hopes and ambitions of the wise leadership, and we are confident that you will be up to this great responsibility.

As for Dr. Ghanem Al-Hassani, a consultant psychiatrist, in his turn, he believes that to complement the process of giving and development for the government of the United Arab Emirates, His Highness Sheikh Mohammed bin Rashid Al Maktoum launched the new methodology for federal government work, with the blessing of the President of the State, may God protect him, and in consultation with his brother His Highness Sheikh Mohamed bin Zayed Al Nahyan, Crown Prince of Abu Dhabi and Deputy Supreme Commander of the Armed Forces, who previously described him as the pulse of the nation and the man of the impossible as a new and continuous push for the better, in a country that is buzzing with work for the sake of its advancement, progress and ascension to higher ranks.

He added: The launch of the new methodology comes with the announcement of a new ministerial formation of national figures and field competencies that will work with the wise leadership in implementing the government’s priorities to enter the new fifty with policies and tools based on dynamism and flexibility to achieve quick achievements, not only to compete with the world in development indicators, but to make the UAE a competitive leader. The global economy in the fields of economy, technological progress and social services, all of this comes in light of the ambitious visions and directives of His Highness that have been accomplished in many major initiatives and projects, such as the UAE Vision 2021, to launch today a new stage to make the UAE a global model in development and modernization, through major transformational projects. In sectors with a high level of impact, ensuring the country and the citizen the efficiency of services and performance,

Dr. Al-Hassani imagines that the new methodology is a qualitative addition to reflect the leadership thought of His Highness Sheikh Mohammed bin Rashid, who adopts an integrated concept of government work, that the message set by His Highness regarding shared responsibility places on everyone the duty to make sincere efforts to make this methodology successful, starting from the top of the ministerial hierarchy. To the youngest employee to achieve the ambitions of the wise leadership for a country where everyone enjoys prosperity and stability. The new methodology depends on a comprehensive vision and a governmental approach based on interdependence between various sectors to enhance development outcomes, through clear roles and responsibilities for government agencies, and strengthening partnership between the government, the private sector and members of society to achieve The required response to future variables affecting the state.

Dr. Khaled Al-Balushi, Professor of Earth Sciences, stresses that the leadership’s vision in the new cabinet formation is support for the fifty-year plan; Where all possibilities were harnessed to reach the UAE for the first positions globally in all sectors, and to make the UAE the capital of investment and economic innovation in the world, and an integrated incubator for the culture of entrepreneurship and emerging projects, and an advanced laboratory for the opportunities of the new economy, including opportunities for the digital economy, the circular economy and the knowledge-based economy innovation and advanced technology.

He adds that the country has witnessed remarkable development during the past fifty years, with the vigorous follow-up of the leadership, and we discern in this new formation the vision of the future wise leadership in caring for the human being and focusing on providing capabilities that serve the individual first by achieving prosperity and a decent life for the people of the Emirates and touching their needs, and advancing the wheel of construction and progress To achieve sustainable development, consolidate the foundations of the federal process in the country, and achieve this priority by establishing and implementing an integrated development system in the various regions of the country; Therefore, when governments develop themselves and their services to facilitate people’s lives, they bring them comfort and happiness, when governments create opportunities for the people of the country.

Dr. Al Balushi believes that the formation comes at a time when the country celebrates the achievements of the fifty and coincides with the UAE’s hosting of the largest global event, “Expo Dubai 2020”. May God protect our leadership, and grant success to the new ministers in their duties to serve the country and its children.

Dr. Ahmed Al-Mansoori, Head of the Media and Creative Industries Department at the UAE University, said that the new government formation bears prominent features represented in focusing on youth, through the appointment of His Highness Sheikh Maktoum bin Mohammed bin Rashid Al Maktoum as Deputy Prime Minister and Minister of Finance, which is one of the most prominent changes. It indicates the leadership’s confidence in young people who have tried and assumed responsibilities and proved their competence, and that they have a high degree of responsibility, and we wish him success in his work assignments.

He adds that the changes affected areas that the government saw as a need for the next fifty years; The UAE government confirmed that it is harnessing its efforts, resources and attention to serve the next fifty years, so the new formation came to serve this vision, and through the new names that joined this formation. This interest, which proceeds according to a planned methodology, follow-up, and continuous evaluation, has become a feature that encapsulates the performance of the UAE government, which represents a role model and an example to follow in the region, the region and the world today.

At the end of the talk, Dr. Al-Mansoori believes that the UAE is moving towards excellence and dedication in serving the citizens, and achieving everything that would provide prosperity for all. Therefore, what was announced represents an actual implementation of the government’s directions towards leadership and excellence, and to achieve the promises it made for a better tomorrow and future.

Dr. Hamad Al Jasmi, Director of the Emirates Mobility Research Center, focused in his speech on the new methodology of government work announced by His Highness Sheikh Mohammed bin Rashid Al Maktoum, that would remove barriers between government institutions and achieve integration between the main sectors in the country to implement strategic projects. Record times are not achievable under the traditional bureaucratic system.

He added that this is an important step to keep pace with the challenges of the times and keep pace with the global economic race, which can only be matched by government systems that are agile and responsive, as the transition from the single responsibility of ministries to the joint responsibility of field work teams and signing performance contracts with these teams to implement projects and follow them up from the Council of Ministers. In addition, the upcoming cycles of change will be flexible and fast, which indicates the talk of His Highness Sheikh Mohammed bin Rashid about changing the tools of change, and the transition to government work faster than before, closer to reality, and more in line with global changes.

Dr. Abdullah Al-Khatib, Professor of Law at the UAE University, blessed the new cabinet formation and wished the Council of Ministers success in the next stage. The hopes of the people of the Emirates are high and their aspirations are great under the leadership of His Highness Sheikh Mohammed bin Rashid, who is a genius. He is a high-ranking leader who always fulfills his promises. Rather, it transcends them in a way that fascinates the world.

He added: “This seems clear from his presentation of the new government work methodology, which is characterized as a methodology suitable for the coming period. The criteria of government accelerators emphasize the necessity of achieving achievements within short-term stages, which is known as the journey of a thousand miles begins with a step, or “baby steps”.