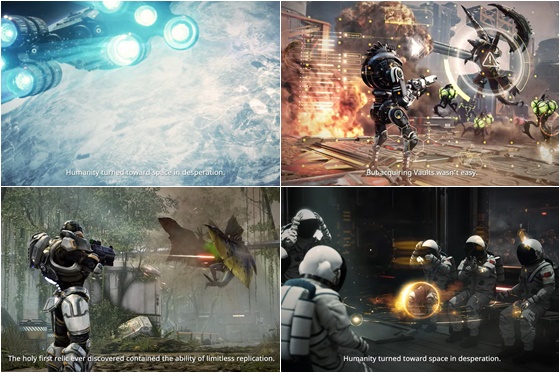 Action Square (CEO Kim Yeon-jun) announced on the 22nd that it had first released an intro video for the new PC/console shooting action game ‘Anvil’.

‘Anvil’, which is scheduled for Early Access (Early Access) on December 2, is a top-down shooting action game in which you select various characters. It supports real-time multiplayer, and multiple users cooperate with each other through the rogue-like method to progress the stage.

‘Anvil’, which is the main background in the video, is a base to find ‘Vaults’, the legacy of extraterrestrial civilizations scattered in space. Users can become a ‘breaker’ to explore the vault and explore unknown galaxies.

Each galaxy is composed of random planets, and various bosses appear and face off against users.

Action Square conducted the final global test of ‘Anvil’ on the 5th and performed quenching to secure in-game stability and smooth gameplay.