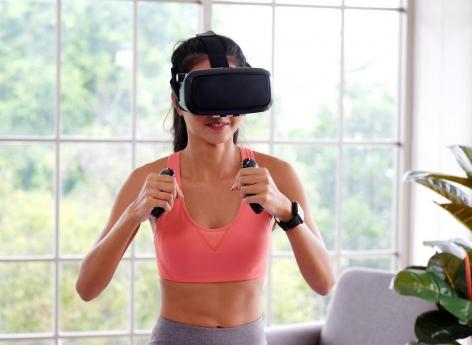 Video games are often associated with a sedentary life. However, in recent years, consoles have made it possible to take an active part in these. British researchers at the University of Bath reveal in a study published on September 28 in the Games for Health Journal that they allow to bring to the player the same benefits as a jogging.

Researchers conducted a randomized trial involving patients with type 1 diabetes playing active video games or running on a treadmill at moderate intensity. For the game portion of the test, each patient used the Kinect Adventures game with the Kinect system on Xbox which uses a camera to track player movements throughout the game. The researchers measured heart rate, blood pressure, the efficiency of oxygen uptake, and their ability to keep blood flowing immediately after, 30 minutes after, and 24 hours after exercise sessions.

Playing is better than running

The results show that active video games produce physiological effects “very similarTo those exercising on the treadmill, the researchers found. Blood glucose levels also dropped to equivalent levels during both types of exercise for diabetic patients.

The main difference the team discovered was that the volunteers found video games to be much more engaging and fun than running on a treadmill. Participants noted that the added element of scoring points, earning badges or getting virtual rewards helped them keep exercising and improve their performance. “While this isn’t the magic bullet for staying active, we’ve found that gamers enjoy playing exercise games a lot more than running.”Noted Dr. Pooya Soltani, lead author of the study.