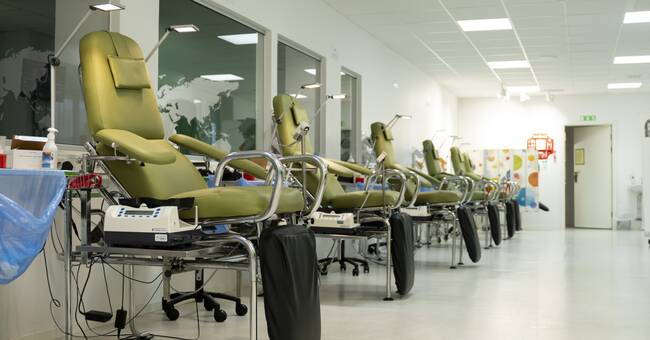 According to the region, blood levels in Skåne are alarmingly low. There is mainly an acute shortage of blood donors with the blood groups O-negative, O-positive, A-positive and A-negative blood. There are about 400 blood bags missing from these blood groups and in healthcare it is estimated that one blood bag per minute is needed.

– It needs to be constantly replenished. It is an ongoing effort to get more people to become blood donors, says Ingrid Johansson, blood donor coordinator in Region Skåne.

Lack in the whole country

It is not only in Skåne that there is a shortage of blood donors the situation is the same throughout Sweden. Usually, the regions have been able to send bags of blood to hospitals that are in greater need, for example in the event of accidents, but now this is not possible.

– Since the situation is just as worrying in the whole country, we can not get help from anywhere else in Sweden, says Ingrid Johansson.

Operations can be set

As a result of the low blood levels at the blood centers, surgeries may be canceled.

– We do not want to end up in such a situation. It may happen that planned operations can be rescheduled if it should escalate, says Ingrid Johansson.