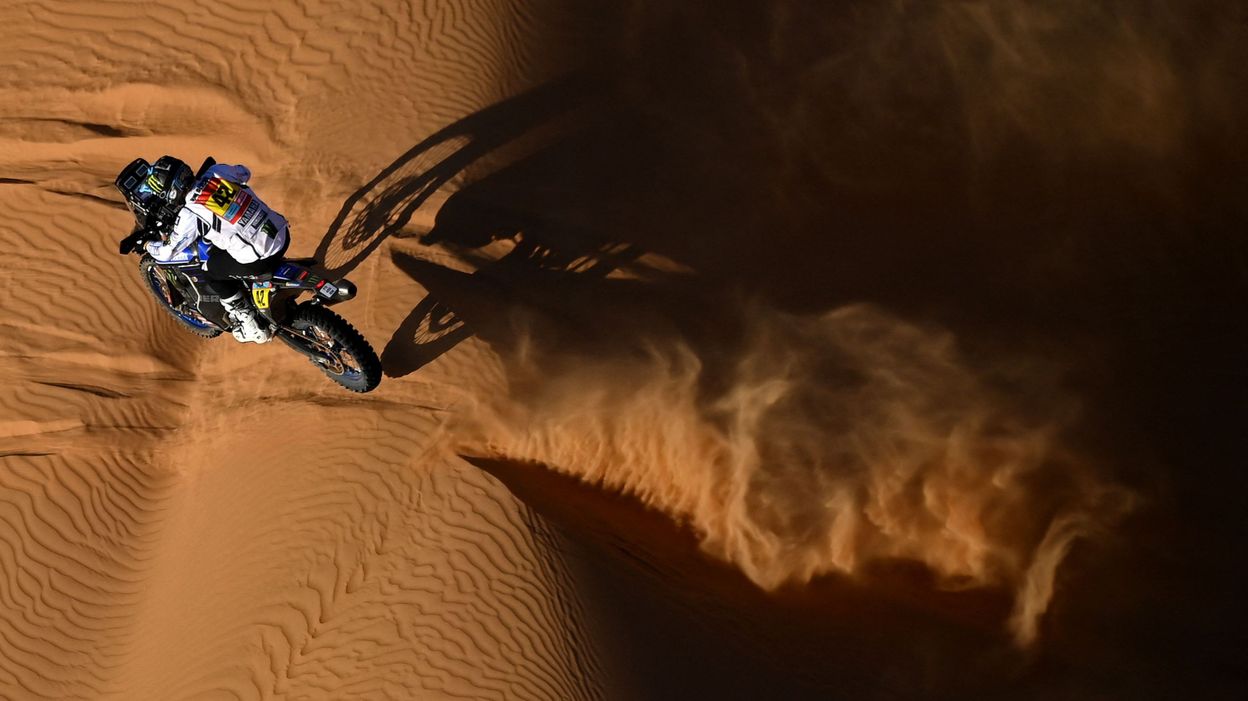 The British Sam Sunderland (KTM) took over the lead in the general motorcycle classification of the Dakar 2022 from the French Adrien Van Beveren (Yamaha) at the end of the eleventh and penultimate stage, won by the Argentinian Kevin Benavides (KTM) this Thursday.

Leader at the start of the 346 km special around Bisha (Saudi Arabia) with a 5 minute lead, Van Beveren opened the track but got lost after the fourth kilometer to give up 13 minutes at the first crossing point. He finished fifteenth 21 minutes behind the 2021 winner, Benavides (who dropped out on Wednesday but was cleared to continue), and fell back to fourth place overall at 15 minutes.

Sunderland, first in the standings ahead of the Chilean Pablo Quintanilla (Honda) at 6 min 52 and the Austrian Matthias Walkner (KTM) at 7 min 15, only has a short 164 km special to cross on Friday to reach Jeddah and the finish line of the rally-raid.

“This race is an emotional lift, I promised to give my bike hell today and it never let me down. The strategy was “All In”! Hold nothing back, do the maximum from the start, that’s what I did and we’ll see how it goes tomorrow, nothing is done“said Sunderland at the finish of the stage.

Qatari Nasser Al-Attiyah (Toyota) retains a 28-minute lead in the general classification over the Frenchman Sebastien loeb (Prodrive) after the eleventh and penultimate stage of the Dakar won by the Spaniard Carlos Sainz (Audi).

This stage was the scene of Carlos Sainz’s second victory (after the third stage in the first week). It does not cause any upheaval in the standings, despite the four minutes taken by Loeb, second, from Al-Attiyah, eighth.

Sébastien Loeb has 146 km left on Friday to hope for an error from his opponent allowing him to do better than second, a place already occupied in 2017.

“We are sailing well, no mistakes, a good attack, we are where we can be. As I’ve been saying for a few days, I’m doing my best, the car is great and we’re having fun“, said the Frenchman.