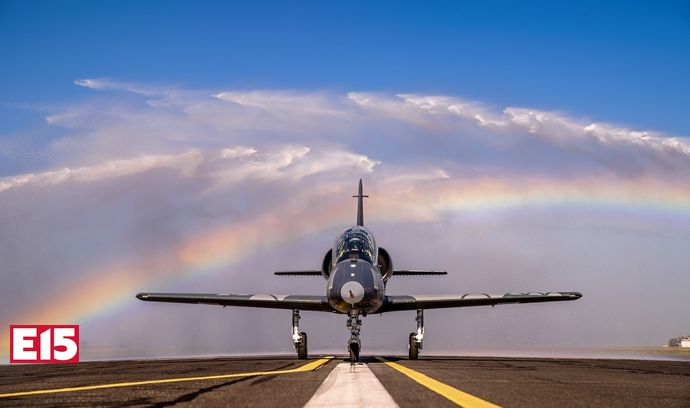 The largest Czech aircraft manufacturer published its financial results for last year. In it, Aero Vodochody reported a loss of 1.026 billion crowns, thus reducing it by 108 million year-on-year. The company’s net turnover also fell from 2.89 billion to 2.48 billion. This follows from the annual report for 2020. At the end of September, the sale of the company, which now belongs to the HSC Aerojet company of the Hungarian financier Kristóf Szalay-Bobrovniczký, was completed.

Aero emphasizes the impact of the pandemic on the aviation business, the impact of investments in the L-39NG’s key program on economic performance and the importance of obtaining a type certificate for this aircraft, which is to be the backbone of the company’s production. The key certificate for the L-39NG was issued by the Ministry of Defense’s Air Force Supervision Department last September 18.

“Operating result (loss of 817 million – editor’s note) was strongly influenced by investments in the L-39NG project, which will bring a return from the second half of 2021, but especially in the following years. Thanks to the certificate for the L-39NG, which will become the main platform for its own products in the coming years, “the company said in a report signed by outgoing company president Dietr John.

Military programs accounted for 67 percent of revenue. Cooperation programs that include components such as the Airbus A220, Embraer C-390 or L-410 accounted for 30 percent of sales. The rest was generated by the sale of tangible fixed assets or the lease of the airport.

The pandemic affected all three pillars of Aero’s business. Civilian production in particular had to slow down. First due to delayed deliveries from suppliers from countries hit hard by the pandemic, later came a reduction in orders from Aero customers.

“For example, for the A220 program, the plan for 2020 was to halve orders to more than seventy deliveries per year. But in the end, the volume of deliveries remained at roughly the same numbers as in 2019, “the company said.

Despite numerous restrictions, Aero has completed overhauls of L-39 aircraft for Uzbekistan, Kazakhstan and Ethiopia. It also continued to support L-159 aircraft serving in the Czech and Iraqi Air Forces and Draken International.

Aero now belongs to the new owner. After thirteen years, the Penta Investments Group has sold a 100% stake in the Czech-Hungarian company Aero Investment Partners.