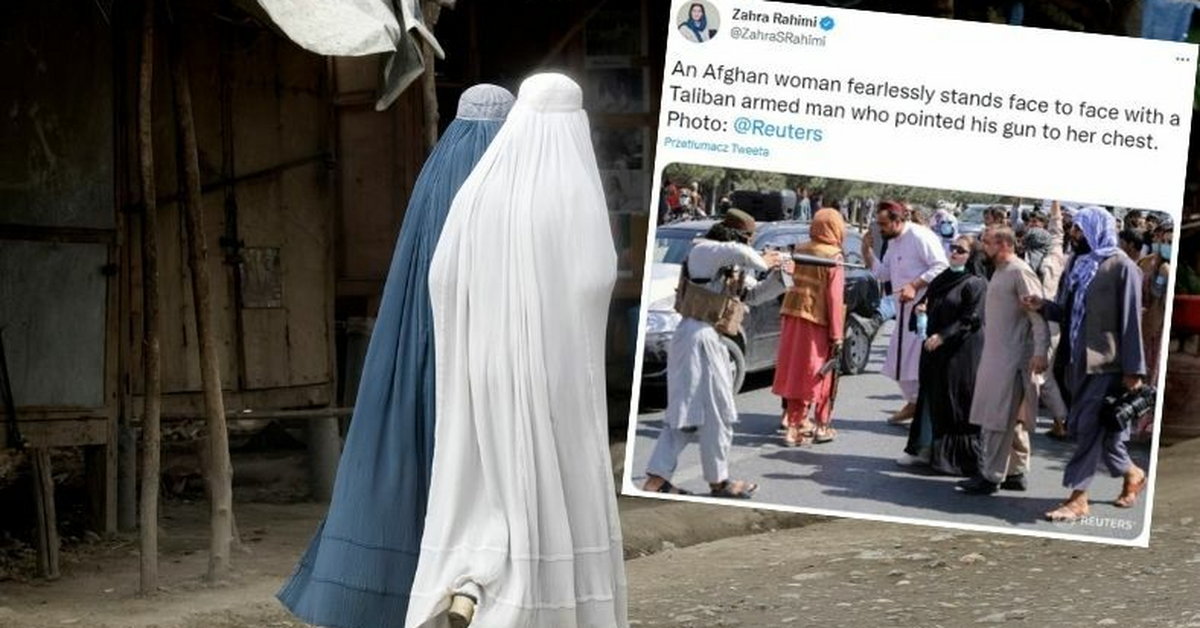 The photo was posted on social media by Zahra Rahimi, a journalist from the private Afghan television Tolo News, and annotated it with the comment: “A fearless Afghan woman stands face to face with an armed Taliban aiming at her chest.”

The entry has gained a lot of popularity on the web. “All the education and freedom the Afghans have been given has not been in vain. Women are fighting to keep their beloved freedom. I hope they will be able to withstand the violence that has been unleashed around them. The whole world should pray for those women who have shown courage. “. “Looking straight into the eyes of the perpetrators, without dodging or forgetting the path of righteousness, is only possible if you truly believe that the fight is for what is essential” or “Mothers will protect the rights and freedoms of their daughters where the father has failed and continues to fail in their protection. Be strong “- these are just a few of the many responses to the entry.

The position of women in Afghanistan has changed dramatically in recent weeks. A Taliban spokesman recently tried to explain, inter alia, the meaning of women covering their faces and wearing hijab. – Are you buying a sliced ​​melon or a whole? Of course all of it. A woman without a hijab is like a sliced ​​melon, said Zabihullah Mujahid on Afghan television.

The Taliban’s actions are much more serious and far-reaching. A few days ago, we described the story of a pregnant woman who was killed in front of her family. Negar Masumi worked in a prison in Ghor. The fact that she was pregnant and that she was killed in front of her family was confirmed by both her son and sister and one of the local journalists. The video sourced from CNN shows a woman’s son Mohammad Hanif talking about a murder.

A photo from Avicenna University in Kabul, Afghanistan, where the new semester has started, has also been released. Students and students in one room are separated by curtains, and according to the latest information, the Taliban are introducing their rules, creating, inter alia, separate entrance to the university for women and men.

Afghan women were also banned from playing sports. – Afghan women will be banned from practicing sports under the Taliban regime, Ahmadullah Wasik, Taliban vice president of culture, told SBS television on Wednesday. – When playing cricket, they may find themselves in a situation where their face and body are not covered. Islam does not allow women to show themselves this way, he noted.

Do you want us to describe your story or deal with a problem? Do you have an interesting topic? Write to us! Letters from readers have inspired us many times, and on their basis numerous texts have been written. We publish many letters in their entirety. You will find them all here.
See also  Space - Chinese probe en route to Mars sends photo of Earth