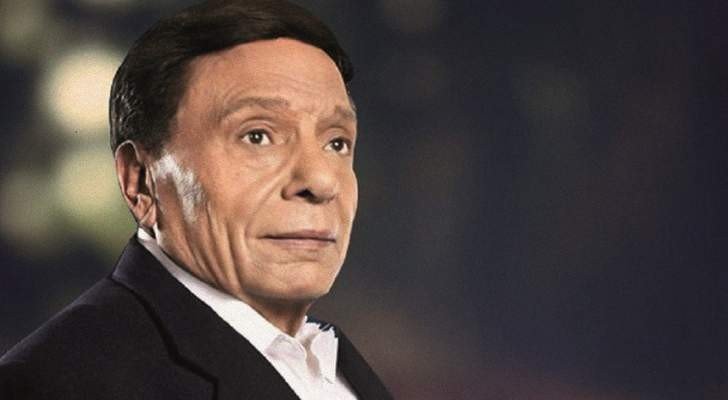 After circulating news indicating the deteriorating health of the Egyptian actorAdel EmamThe Egyptian director denied itRami ImamThis news, and revealed that his father returned to the cinema.
In an interview with the Egyptian newspaper, Al-Watan, Ramy said: “My father’s health is good and he is at his home with his grandchildren. He follows all events and reads everything new, in addition to the continuous medical follow-ups.”
He continued, “There is a cinematic project that will be the return of Adel Imam again to the box office after a long absence that lasted 11 years after his last work.Alzheimer’s​”.

A touching scene between Adel Imam and Saeed Saleh in “Alzheimer”

And the movie “Zheimer”, one of Adel Imam’s best films, witnessed a very moving situation, which he brought together with a friend of his life, the late Egyptian actor Saeed Saleh, as the director of the film mentioned.Amr Arafa​, Saeed was forgetting the role in the rehearsal because of his advanced age, and on the day of filming he said something different from the words written in the script, but by chance it was sweeter and more influential, to the extent that Imam’s tears at the end of the scene were real, and full of nostalgia for the memories that brought them together.
The director, Amr Arafa, revealed the scenes of the last scene of the film, which was shown in 2010 in cinemas, and published on her personal page on the social networking site, a picture of Imam and Saeed from the scenes of the film: “I do not know how I took this scene … before I filmed it, I was after me.” Ali A. Saeed Saleh every day I tell him the scene as if he was listening for the first time and I was terrified, but I did not see anyone else doing the role, and when he came to filming, he said words other than those in the script, but the same meaning and sweeter .. God bless you, Uncle Saeed Ali Bali all the time.
The film begins with the attempt of Mahmoud Shuaib’s sons, “Adel Imam”, to delude him that he is a patient with Alzheimer’s, to win their case in court and dispose of his property, due to their father’s refusal to help them with the financial issues that they have to face. Comedian, with the help of his staff in the palace.
The movie starring Adel Imam, Saeed Saleh,Fathi Abdel Wahab​، ​Raniya Yousif​، ​Nelly Karim​, Ahmed Ratib, Lotfi Labib and Esaad Younes, story, script and dialogue by Nader Salah El-Din, directed by Amr Arafa.