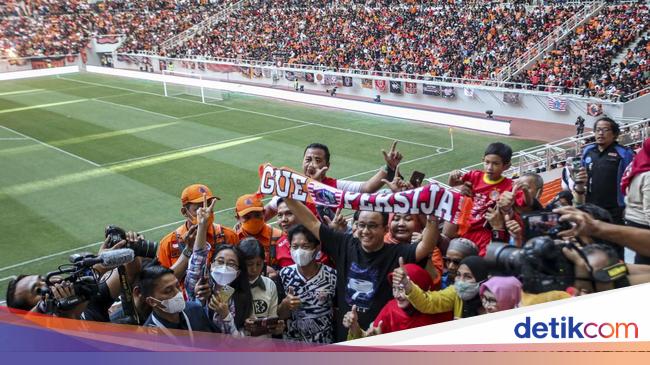 Bobotoh’s success in coming and being accepted in Malang became the door to peace. Persib Bandung also had a similar opportunity to receive The Jakmania in Bandung.

Persib will host Persija Jakarta on week 11 of Liga 1 2022, Sunday (2/10/2022). There was a discourse to accept the presence of Persija supporters, The Jakmania, to be present in Bandung.

The discourse emerged after Bobotoh was able to attend directly in Malang when Persib were hosted by Arema FC, Sunday (11/9). The success was inseparable from the good intentions of the Panpel which were then welcomed by Arema supporters, Aremania.

Then it became a positive signal of peace between Aremania and Bobotoh. Now it’s turn Persib who were asked to do the same for the sake of Bobotoh and Jakmania peace.

Related to this, the Director of PT Persib Bandung Dignity (PBB) Teddy Tjahjono, opened the opportunity. It’s just that he will still see the situation that happens in the future.

“We appreciate this, the steps that have been taken by Bobotoh and Aremania’s friends. Hopefully later, these are good viruses to be able to start inviting friends from Jakmania to start coming to Bandung,” Teddy told reporters.

“But this is indeed a process so we will have a dialogue and open communication to open it up,” he added.

Teddy added that what the Arema and Aremania Panpel had done was to accept Bobotoh as a positive step. He hopes they can do the same.

The success of the Arema Panpel itself is proof that disputes between supporters can actually be ended. If followed by other groups of supporters, it will be good news for Indonesian football.

“This is a good step that we really appreciate, because in the end, football should be enjoyed by all supporters. So each supporter can come,” said Teddy.