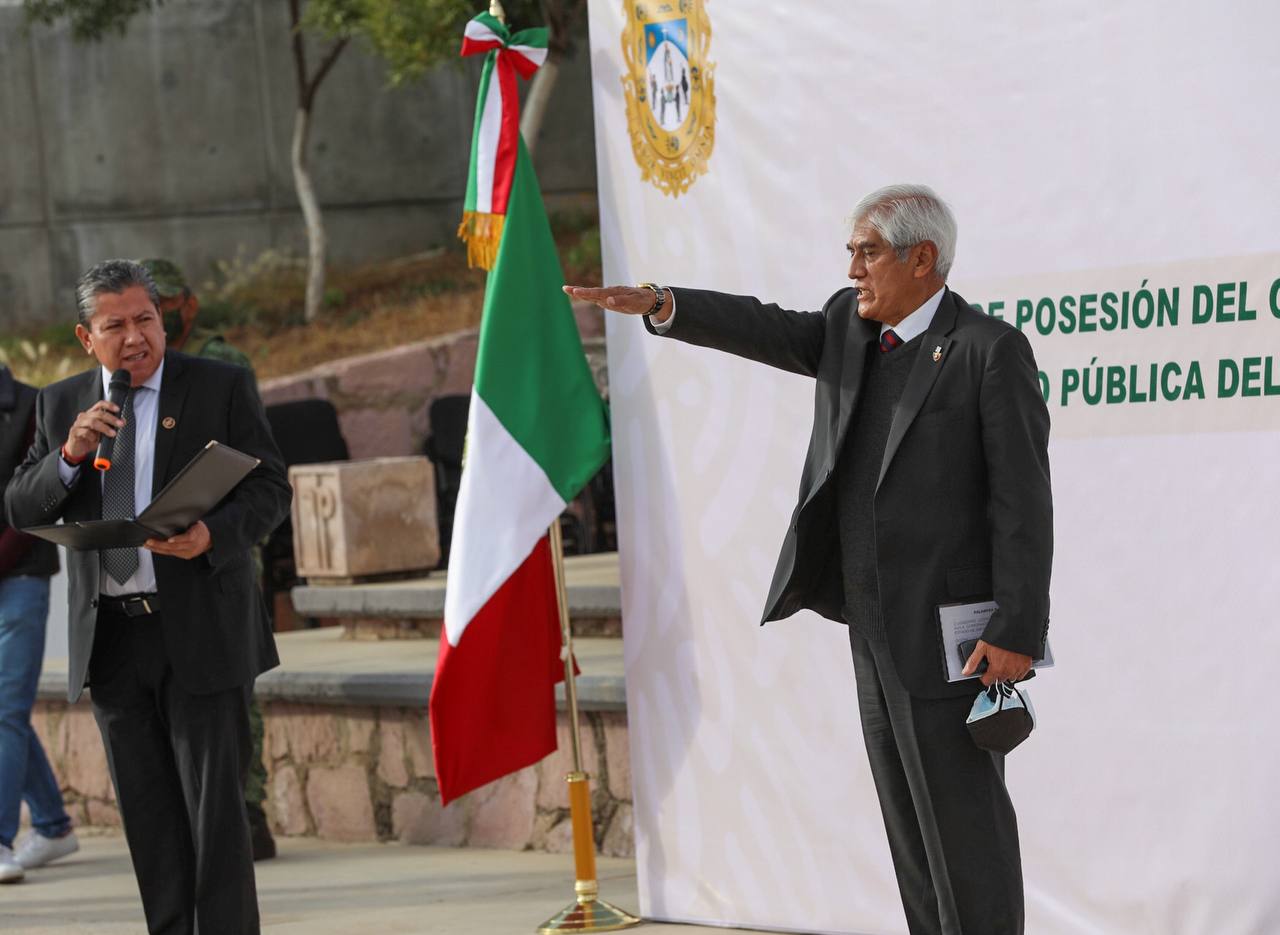 In the midst of the wave of violence that affects Zacatecas, Governor David Monreal Ávila removed Arturo López Bazán as Secretary of Public Security of the entity and in his place placed retired General Adolfo Marín Marín.

Through social networks, the state president pointed out that the main objective of the new secretary is for the rule of law to prevail with concrete actions in favor of the citizenry.

“In the fight to recover the tranquility and peace of our state, this afternoon I took a protest from General Adolfo Marín Marín as Secretary of Public Security of Zacatecas; the primary objective is to guarantee that the rule of law prevails with concrete actions, ”he tweeted.

The change in the Secretary of Security comes a day after 10 bodies were found hanging from a bridge in the state.

The governor @DavidMonrealA took a protest from the Retired Brigadier General, Adolfo Marín Marín, as Secretary of Public Security of the State of #Zacatecas, who took office this Friday, replacing Arturo López Bazán.https://t.co/10PMXUzVW6 pic.twitter.com/lZXPXar8WK

Who is Adolfo Marín Marín, the new secretary in Zacatecas?

Retired General Staff Diploma Brigadier, Adolfo Marín Marín, has a degree in Military Administration, he is also a master in National Security and Defense, as well as a doctorate in Public Administration; He also has a diploma in Criminalistics Expert Training.

Among the positions he has held are the Founding Director of the Military Police School, advisor to the Executive President and Board of Directors of the Integral Security Group (GSI), General Director of Internal Affairs in the Secretariat of Public Security of the State of Nuevo León, Director of Security of the Council of the Judiciary of the Federal Judicial Power and director of the Regional Training Center of the II Military Region, which covers the states of Baja California, Baja California Sur and Sonora.

He held the positions of head of the Regional Services in the Military Regional X, which covers the states of Yucatán, Campeche and Quintana Roo; Section Commander, Company Commander and Battalion Commander, Military and Air Attaché to the Embassy of Mexico in the Republic of El Salvador, as well as coordinator of advisers for the Inspection and General Comptroller’s Office of the Army and Air Force.

In the fight to recover the tranquility and peace of our state, this afternoon I took a protest from General Adolfo Marín Marín as Secretary of Public Security of Zacatecas; the primary objective is to ensure that the rule of law prevails with concrete actions. pic.twitter.com/fsgfqiDmTw

Currently in retirement, with the rank of Brigadier General Graduated from the General Staff, after having served for 45 uninterrupted years in the Mexican Army and Air Force, he joins the Cabinet of Governor David Monreal, as Secretary of Public Security.