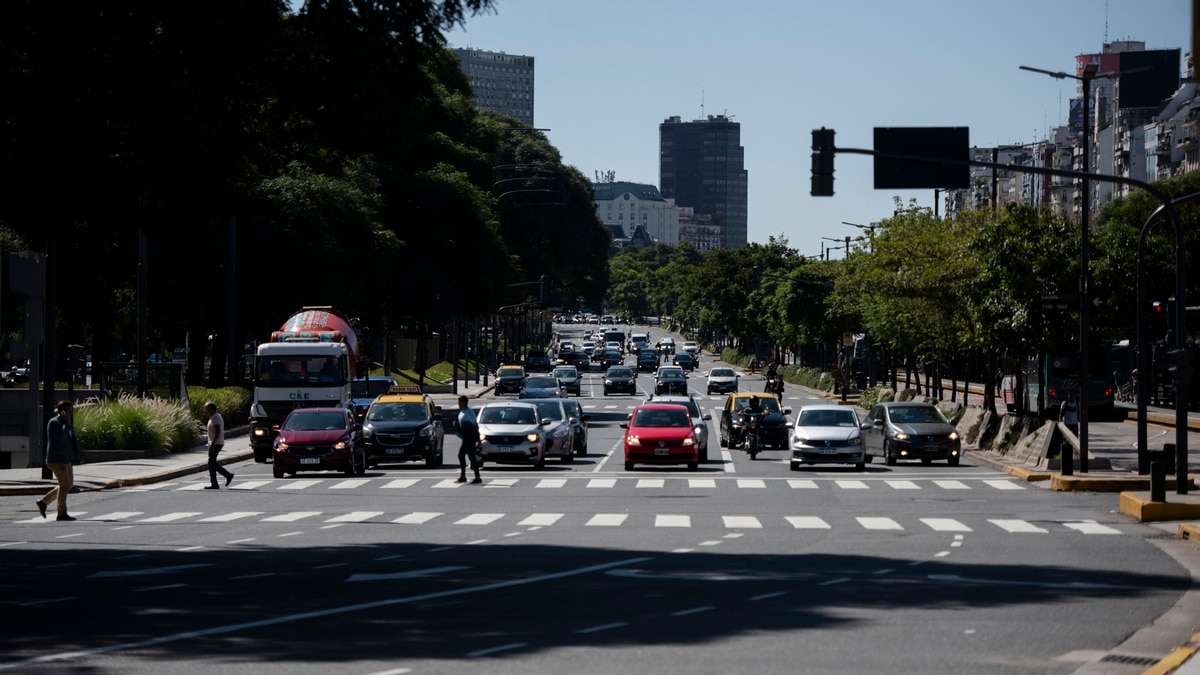 On the other hand, today is the first week of the launch of the reopening of local stores and the relaxation of certain items. Within this framework, Larreta and Santilli will meet with the health authorities to evaluate the epidemiological situation and analyze new measures. The decision of how to continue the quarantine will be made based on four factors of analysis: evolution of the contagion curve of COVID-19 in the City, the mobility of people in public transport, the empowerment of about twenty business items neighborhoods, and the social behavior of this weekend in which the recreational walks for children, and the service of removals were authorized for the first time.

Although the Buenos Aires Minister of Health, Fernán Quirós days ago stated that all possibilities are considered: “Sustain the measures adopted, expand or reverse them”, the answer will be known near the weekend. Which would be taken according to what the Nation defines about the new phase of social isolation, preventive and compulsory.

Larreta was criticized by Kirchner mayors of the conurbano who pointed him out as being responsible for the increase in cases in their districts for making activities and items in the city more flexible. “Yesterday (by Sunday) we had seven new cases of infected neighbors, of which six work at CABA; we came with a doubling rate of cases above 21 days, and in the last two or three we dropped to 18, 19 days, “municipal sources informed Argentine Newswho added that “The impact (of flexibilization”) will be seen statistically in a week or 10 days. ”

For his part, the Governor of the Province of Buenos Aires, Axel Kicillof, referring to the reopening of activities in the Capital, stated that “A poorly executed idea can create a catastrophe.” “If I come to make a decision that goes wrong, when we realize it, it will be too late,” added the Buenos Aires president, who warned that the result of the permits that were granted in the City will only be seen in two weeks. Although the return of several items was also enabled in the province, Kicillof differed from Larreta: “We didn’t take a step forward with the exits (for children).”

In addition, the former Minister of Economy assured that he has a good relationship with the head of the Buenos Aires Government, but clarified that “if there is a place with many cases of coronavirus, such as the Federal Capital”, his administration will try to ensure that people there do not move “to one who has fewer” infected. And he was against that the Buenosaireans have to leave to work “For a decision they made from the City”.

“If they open the shops and we don’t, we run the risk that the people who live in the first cordon of the conurbano, cross to buy there. If you have a neighbor in your building who is infected, what you are going to try to do is not visit him ”, justified Kicillof.

After questions from the governor and the mayors, and after today’s meeting with health authorities, the Buenos Aires government will define how to continue on “Thursday or Friday.” “We will be doing an evaluation of this stage of the quarantine to see the next steps”, expressed from the environment of Larreta. Ending this week, they will have the data regarding the effects that the opening could have generated in the contagion curve.

Regarding the possibility of backtracking with the relaxation of quarantine, they stated: “There are two indicators. On the one hand, the fulfillment of the entire society in social distancing and quarantine. On the other, the substantial growth of the contagion curve. Based on that, we are going to make the decision. ” “We are focused on reducing the impact of the pandemic”, highlighted from the Buenos Aires Executive.

Meanwhile, the Minister of Health of the City, Quirós, maintained in radio statements that “Ahead we still have the curve of cases, and we know that we have to ask the citizens for a new effort to double the quarantine.” In this sense, he stressed: “It seemed absolutely appropriate to make decisions with the lowest risk of changing the curve, but that has to do with giving citizens a break before asking for a new effort.”

Pending the decision of the National Government on how to move towards a new phase of quarantine, towns in the provinces of Buenos Aires, Río Negro, Chubut and Córdoba Capital decided to back down with recreational outings and permits granted days ago, after evaluating the progress of the pandemic and social behavior in the face of flexibilities.

In Buenos Aires, the towns of Castelli, Chascomús and Baradero They announced the decision on Monday. After new cases of COVID-19 were known in Chascomús, its mayor, Javier Gastón, considered that “this is the moment” to “go back” regarding the opening measures and “healthy walks” that had been allowed. The increase of those infected in said municipality, caused Francisco Echarren, communal chief of the neighboring town of Castelli, to take the same decision. Although there were no coronavirus cases so far, Echarren decided to take out recreational outings and activities in the professional sector.

See also  Saudi Energy Minister: We had talks with the United States... and "OPEC Plus" made the right decision about production

“We are going to take care of the city”, expressed the mayor through his social networks and explained that this decision was made since “Many neighbors did not respect the rules”. For his part, Baradero fell back on the easing after the district’s first three positive cases were confirmed last week.

In both Jacobacci (Río Negro) and Gastre (Chubut) They returned to phase 1 of the quarantine after two cases were confirmed in the first of the towns, and the rumor has spread that one of those infected had passed through the town of Chubut.

Meanwhile in Cordoba capitalWith 55 new cases, the reopening of shops, hairdressers, creeds and removals was suspended as of today, since there are “Community circulation”, explained the mayor Martín Llaryola. Essential activities and industries will continue to operate for the time being.