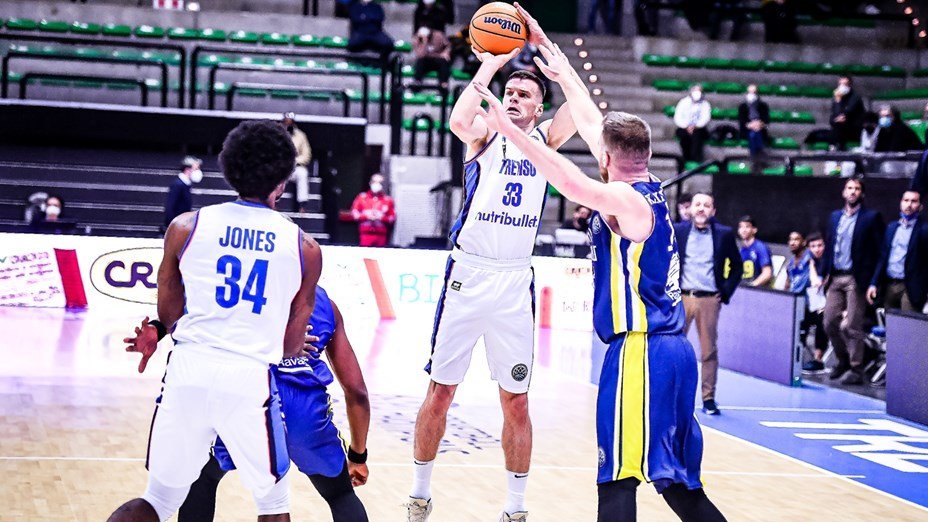 T.Dimsha was hard to catch up in the ranks of the winners and scored 34 points (1/2 two-point, 5/6 three-point, 2/2 free throws) in 34 minutes, rebounded 3 and took over and lost 2 balls, made 3 assists, violated once and scored 23 utility points.

Sixteen-year-old Mikhail Sprintzios, who scored a 5-minute rebound and a lost three-pointer, also took the place in the Megabolt rotation.

The second team meeting in Greece will take place on January 18th.

Nutribullet are battling for a place in the Top 16 stage of Group J, which already includes Manresa’s Baxi and Bursa’s Tofa, and fourth place will be held by Burgos’s San Pablo or Istanbul’s Dushashafaka.